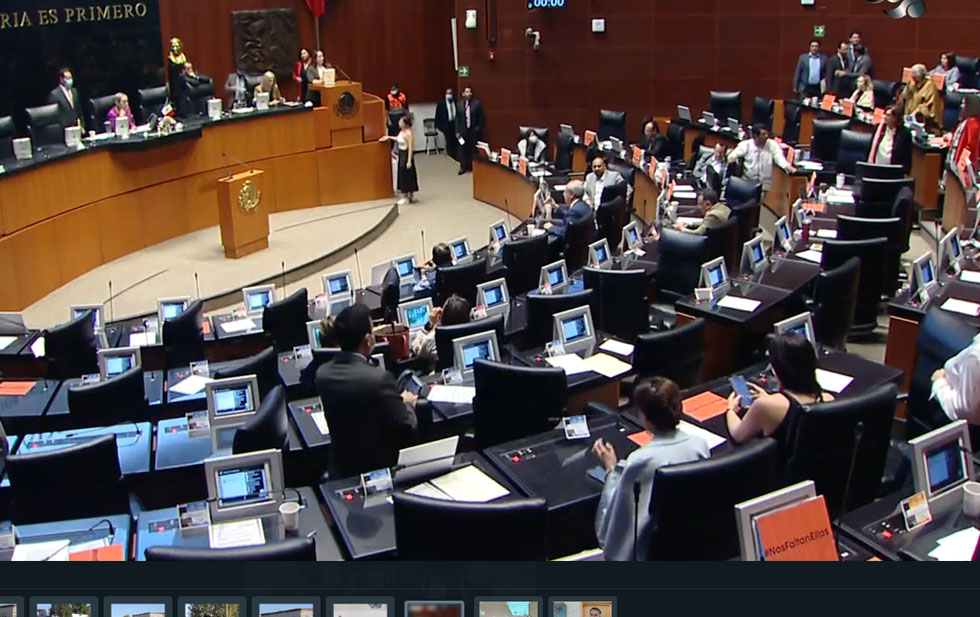 Chihuahua. – The Senate of the Republic approved this afternoon the modification to the Law of Time Zones to match the time of border municipalities with the United States, which would enter into force until next week, once it is authorized in the Chamber of Deputies, and published in the Official Gazette of the Federation (DOF).

In view of this, the president of Congress, deputy Adriana Terrazas, who also promoted the proposal in the Legislative Branch of Chihuahua, thanked the willingness of the various political actors to expedite the issue that generated economic effects for the State of Chihuahua, because in accordance with the businessmen transporters in Ciudad Juárez, only in that zone they lost two hours/customs per day in each of their foreign trade bridges, which would have generated an annual loss of 27 thousand 745.85 million dollars.

On November 3, the deputy Adriana Terrazas Porras presented the initiative in plenary session to which all the parliamentary factions joined and on November 8 the opinion formulated in the Energy Commission was approved in plenary session, to later send the proposal to Congress. of the Union.

The document reforms section II of article 5 of the Law of Time Zones in the United Mexican States and adds a section that includes Ascensión, Ciudad Juárez, Praxedis G. Guerrero, Guadalupe and Janos in the 105 meridian of Greenwich.

Ojinaga, Manuel Benavides, and Coyame will have the time of the rest of the state at the 90th meridian, (at the request of the same municipalities) but only provisionally, since they will change seasonally to tie with the United States.

With 66 votes in favor, zero votes against, and zero abstentions, the decree sent by the Chihuahua State Congress was approved in the Senate, but before that an economic vote was held to include the decree approved in plenary session on the agenda on November 8, 2022.

During the discussion, Senator Rafael Espino de la Peña asked the senators of the other political forces to approve said modification in solidarity with the State of Chihuahua and the proposal had the support of federal deputies Daniel Murguía and Daniela Álvarez in the Chamber of Deputies.

Once it has been authorized by the Senate, the proposal has to be voted on in the Chamber of Deputies, which could happen next Tuesday, to be published Wednesday in the Official Gazette of the Federation by the Senate, since it is the chamber of source.