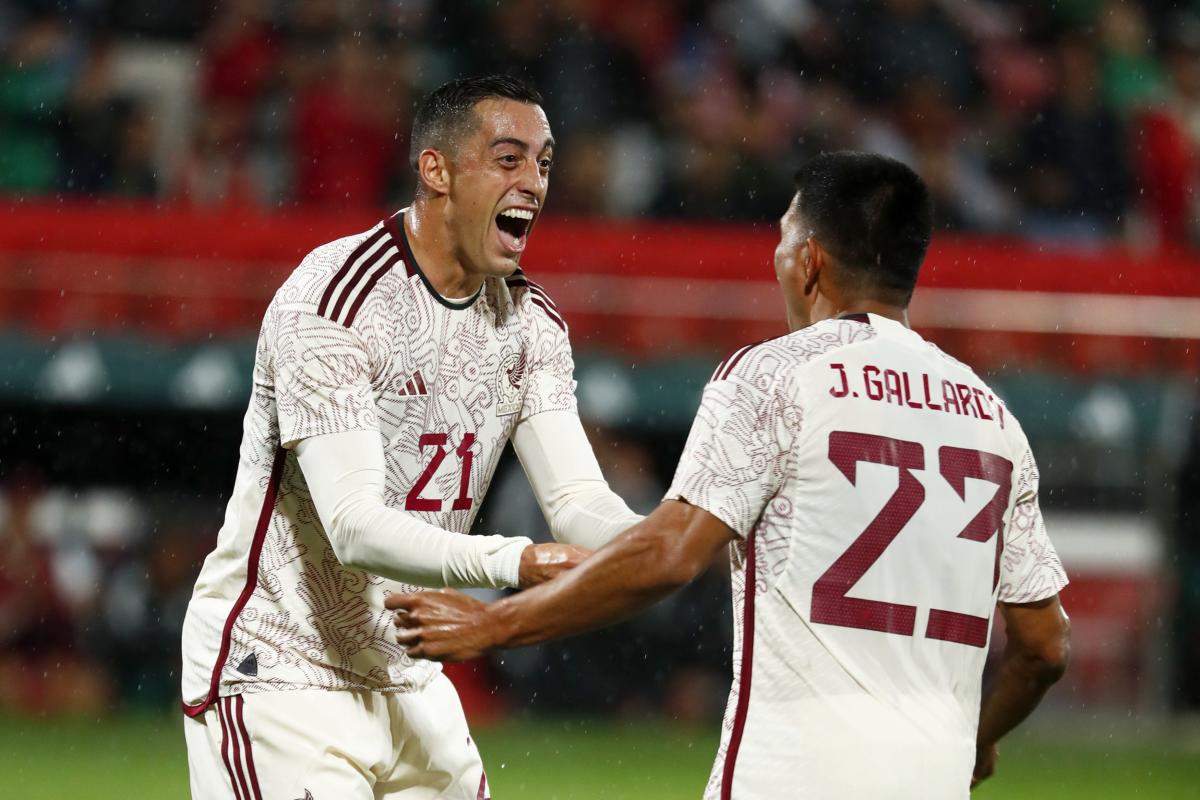 DOHA (AP).- Rogelio Funes Mori He is very clear that it was during the 1998 French championship when he began to dream of scoring a goal in a World Cup. The “Twin” Funes Mori could make that dream come true next Saturday, but he could do it against the country where he was born. Mexico, the team he now represents, will face Argentina in a key match for both in Group C of the World Cup in Qatar.

The striker was born in Mendoza, Argentina, but became a naturalized Mexican in June of last year. “I remember a France-Italy match (in 1998), that’s where I was able to see the World Cup the most,” said Funes Mori. “There I thought it would be nice to play one, now I’m close.”

In Argentine soccer, Funes Mori made his debut with River Plate in 2009. He made the leap to Europe with the Benfica Portuguese for a season and then went through the eskisehirspor Turkish for another. She landed in Mexico with the Monterrey for the summer of 2015.

The “Mellizo” became the all-time goalscorer for Rayados, author of 139 goals.

After receiving his papers as a Mexican (with the Argentine team he had played in the youth team and in some friendly matches), he made his debut for El Tri in the 2021 Gold Cup covering the injured Raul Jimenez.

Funes Mori scored three goals in six games in that tournament. That same year he scored two more goals with the Mexican team and has accumulated six in 16 games.

His arrival in the national team was criticized by many analysts who prefer that the team be made up only of native players.

“Only good players are required,” Funes Mori said of the criticism. “It is an important demand, but that is what has brought me to the national team and I want to show that I can give much more.”

At Qatar 2022, Funes Mori arrived in competition for the center forward position with Jiménez and with Henry Martín, who started against Poland.

“What has not allowed me to express myself on the court are the injuries, but I am calm, that is the main thing,” said Funes Mori.

The “Twin” was in doubt to be chosen due to injuries. In the two tournaments this year he injured his right thigh and only participated in 16 games and scored seven goals. With the national team he barely adds a goal in the year.

“Whatever I have to be in I want to do it in the best way, the most important thing is to be physically fit”added the striker.

That opportunity to show himself and justify his call could be on Saturday against his country of birth because Jiménez is not yet 100 percent and Martín did not create danger against Poland.

The next game is important because the team that loses will probably be out of the World Cup.

Although playing against his country of birth was not something he could have imagined when he was a child, Funes Mori is very clear about what he would do if he manages to score against the Argentines next Saturday.

“Surely (I will celebrate) with a crazy shout, it would be a dream for me to score a goal in a World Cup and to do it against Argentina would be very nice“said the attacker. “Dreams are here to come true, but the most important thing is to dream first.”

It became clear that he will not do like the Swiss Breel Embolo, who this Thursday scored the decisive goal against Cameroon, the country where he was born. And he didn’t yell it: he just apologized.

Previous And nodal? Cazzu steals the spotlight with a translucent lace catsuit at a gala
Next Gabriel Boric calls not to normalize violence against women