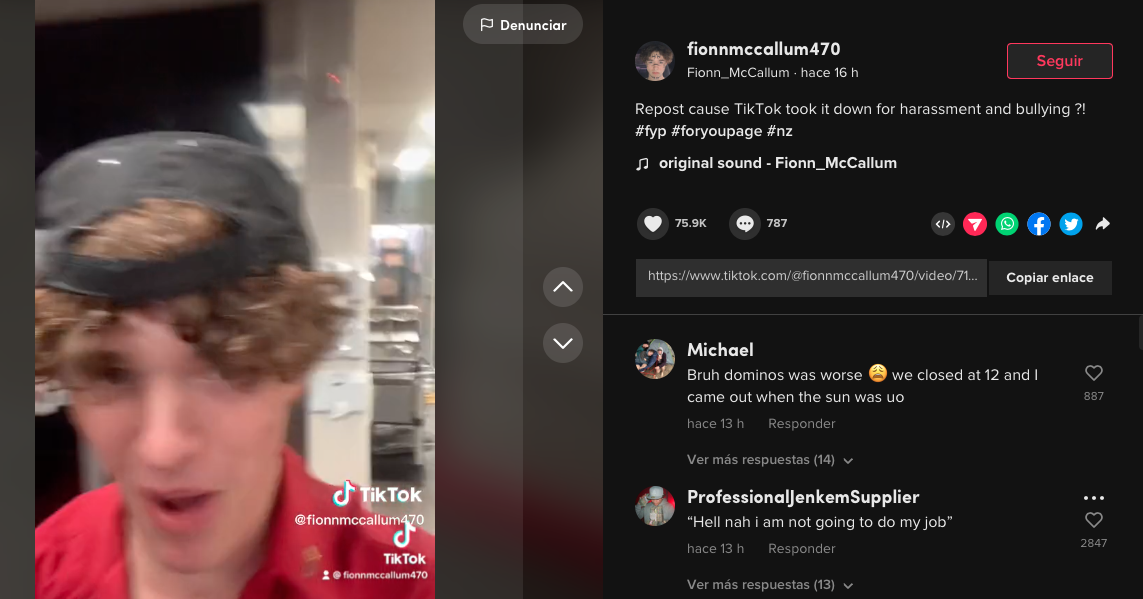 McDonald’s employee records resignation and boss ends up begging him

The world of work is one of the sectors that has seen a complete change after the Covid-19 pandemic, where people feel free to choose what they want and their well-being, above a salary. The story of a McDonald’s employee who was recorded resigning has gone viral on TikTok, as the worker shows the exact moment in which he leaves his job and his boss begs him to stay.

Without a doubt, McDonald’s is one of the most famous companies in the world, which is why its staff of employees is very extensive, being the fast food chain that employs 1.9 million people globally.

In Mexico, since its arrival in 1985, McDonald’s has become one of the most emblematic fast food chains, since it is an icon, not only for its products, but for employing Mexicans for the first time. According to company data, it receives more than 200 million consumers a year, making it one of the largest markets for the corporation in Latin America.

Currently, it has more than 500 points of sale between restaurants, dessert centers and McCafé in more than 87 cities of the 31 states of the Republic; Mexico City employs more than 11,500 people.

A video on TikTok has gone viral, after a McDonald’s employee in New Zealand filmed himself quitting his job in the middle of his shift after being asked to clean kitchen equipment.

In the video you can see when the fast food worker tells his manager that he resigns and is angry for the announcement, he yells at the other crew members. They then beg him to stay.

“Get back here!” the manager is heard yelling as the worker continues to leave the restaurant. “I resign, I’m leaving Maccas [McDonald’s]. See you on the other side bitch!” she said.

Quickly, the images of the impressive moment went viral on the social network, for which it already accumulates 2.9 million visits and various comments from Internet users.

Social networks have become a tool widely used by people around the world, especially when it comes to disseminating this type of news and experiences.

It is not the first time that an employee records and shares in their networks the exact moment in which they resign, Let’s remember the viral Walmart worker, who also resigned and shared the moment on her digital platforms.

And this is how the new generations consider the digital world the best communication tool when it comes to sharing their emotions.

This is Sebastián Yatra’s favorite menu at McDonald’s