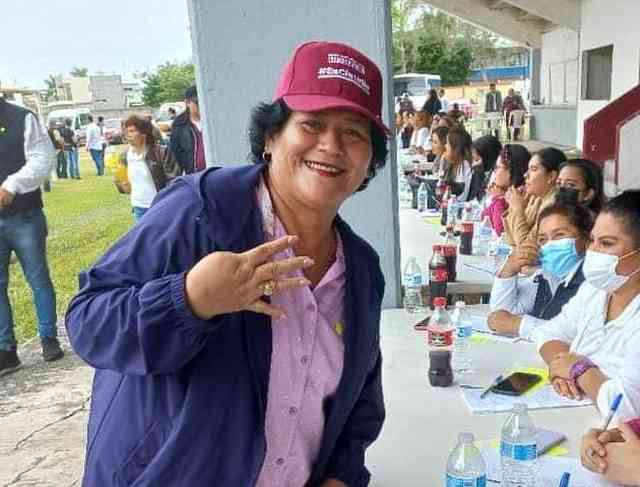 Cuitláhuac exhibits a MORENA Deputy: She has taxi license plates and wants to blackmail

After the local deputy for MORENA, Eusebia Cortés Pérez, publicly denounced alleged abuses and corruption in the State Transportation Directorate, Governor Cuitláhuac García exhibited the legislator from his own party, reversing that she claims because she has taxi license plates and now he would seek blackmail.

This week, during the appearance for the Glosa of the IV Report, the legislator recriminated the head of the Ministry of Public Security (SSP), Cuauhtémoc Zúñiga Bonilla, for alleged mistreatment against public transport concessionaires.

Specifically, the morenista Cortés Pérez accused collusion with the Prosecutor’s Office to retain units in corralones for long periods in order to collect thousands of pesos, that they allow taxis with superimposed numbers on different cars and that the concessionaires are forced to travel to Xalapa to carry out procedures and thus apply “the boring” to them so that they give in to the “loose everything up”.

In this regard, the Governor replied that she herself has her license plates and if she has any proof she must report it.

García Jiménez also regretted that the legislator does not know who is the head of the General Directorate of Public Transport, however, I order her to legally denounce with the evidence of her statements to proceed.

“Those blackmails were made by the PRI members, but the deputy speaks like that because she has taxi license plates, people do not know that the deputy has approached the Transportation Directorate to request actions, they have not been accepted. Hopefully, if she has evidence, she will present it to the Prosecutor’s Office, I am very attentive, ”she warned.

Likewise, the Governor clarified that he says these things because he cannot be accused of being corrupt.

“No blackmail, I have very high morale, they are not going to accuse me of having taxi license plates, I have shown that when there are clear indications, we remove it, here we do not overlap corruption. But if we don’t even know who the Director is, if you have taxi plates, that’s not 4T, please. If a popular representative does not know how to file a complaint, what awaits us, ”she concluded.

Previous Mexico vs Argentina: The Mexican team has a very familiar afternoon in Qatar with its sights set on Argentina
Next The secret behind the simple house that Eiza González bought in the United States