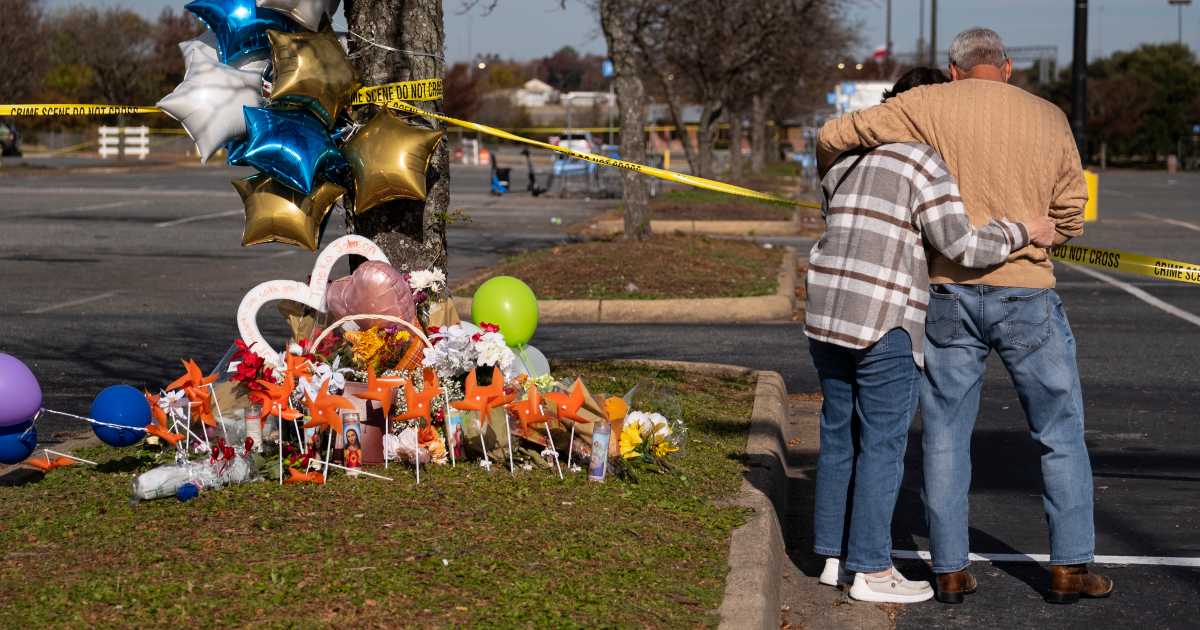 Author of the Walmart shooting in the US bought the weapon that same day and left a letter: police

André Bing, the Walmart employee who shot and killed six co-workers in Virginia would have left a “death note” on his phone, detailing who was apologizing for what he was “about to do” and at the same time he blamed others for making fun of him.

“I’m sorry everyone, but I didn’t plan this, I promise things just fell into place as Satan directed me.” Bing wrote in a note left on his phone, Chesapeake, Virginia police said. They reported that the weapon, a 9mm pistol, was legally purchased the morning of the shooting and that the supermarket supervisor had no criminal record.

We recommend: “We must unite as a country”: Biden sends condolences for shooting at Walmart in Virginia, USA

The note was redacted slightly to remove the names of specific people it mentioned. He claimed that he was “harassed by idiots with little intelligence and lack of wisdom” and said the perception that his phone was hacked pushed him over the edge.

“My only wish would have been to start over and have my parents pay more attention to my social deficit,” wrote Bing, who died at the scene of an apparent self-inflicted gunshot wound.

Bing coworkers who survived the shooting said he was difficult and known to be hostile to employees. A survivor said Bing appeared to be aiming at people and shot some victims after they had already been hit and appeared to be dead, said a witness who was present when the shooting began.

Jessica Wilczewski said the workers were gathered in a store break room to start their night shift. Tuesday night when Bing, the team leader, walked in and opened fire with a pistol. While another witness described the supervisor firing wildly. He had worked at the store for five days and did not know who the supervisor got along with or had problems with, saying that she was a new employee and that may have been the reason she was saved.

“The way he was acting, he was going hunting,” Wilczewski said. “The way he looked at people’s faces and the way he did what he did, he was choosing people.”

She said she saw him shoot people who were already on the ground. Another Walmart employee, Briana Tyler, said Bing appeared to shoot at random. “I was shooting all over the room. It didn’t matter who he hit,” he said.

“What I do know is that he made sure that whoever he wanted dead was dead,” Jessica said. She “she Came back her and shot at corpses that were already dead. Make sure.”

After the shooting began, a coworker sitting next to her pushed her under the table to hide. She said at one point, Bing told him to come out from under the table. pBut when he saw who she was, he said, “Jessie, go home.”. She slowly got up and then ran out of the store.

Brianna said that the overnight storage team of 15-20 people had just met in the break room to go over the plan for the morning. Another team leader had started to speak when Bing entered the room and opened fire. She, who started working at Walmart two months ago and had worked with Bing just one night before, He said he never had a negative encounter with him, but was told by others that he was “the manager to watch out for.” He added that he had a history of writing to people for no reason.

Some of those who worked with Bing said he had a reputation as an aggressive and hostile supervisor, once admitting to “anger issues.” But he could also make people laugh and seemed to be dealing with the typical stress at work that many people endure.

“I don’t think he had a lot of people to turn to in his personal life,” said Nathan Sinclair, who worked at Walmart for nearly a year before leaving earlier this month.

During chats between co-workers, “We would say like ‘work is consuming my life.’ And (Bing) was like, ‘Yeah, I don’t have a social life anyway,'” he recalled and said that they did not get along with Bing. He was known to be “verbally hostile” to employees and wasn’t particularly liked,” Sinclair said. But there were times when he was made fun of and not necessarily treated fairly.

“There is no telling what he might have been thinking. … You never know if someone really doesn’t have some kind of support group,” Sinclair said.

Overall, Bing seemed pretty normal to Janice Strausburg, who knew him from having worked at Walmart for 13 years before leaving in June. He could be “grumpy,” but he could also be “placid,” she said. He made people laugh and told Strausburg that he liked to dance. When she invited him to church, he declined but mentioned that his mother had been a preacher.

He thought Bing’s bad mood was due to the stress that comes with any job. He also once told her that he had “had anger issues” and complained that he was going to “get the managers in trouble”. She never expected this.

“I think he had mental issues,” Strausburg said Thursday. “What else could it be?”

The police have identified the victims. as Brian Pendleton, 38; Kellie Pyle, 52; Lawrence Gamble, 43; and Randy Blevins, 70, all of Chesapeake; and Tyneka Johnson, 22, from nearby Portsmouth. Also among the dead was a 16-year-old boy whose name was withheld because of his age, police said. A Walmart spokesperson confirmed in an email that all of the victims worked for the company.

Bing was identified as a night crew leader who had been a Walmart employee since 2010. Police said he had a handgun and several magazines of ammunition. Jessica, who survived Tuesday’s shooting in Virginia, said she tried but failed to visit a memorial in the store’s parking lot on Wednesday.

“I wrote a letter and wanted to publish it,” he said. “I wrote those I saw die. And I said I’m sorry I wasn’t stronger. I’m sorry you couldn’t feel my touch. But you weren’t alone.”

Previous He cut short Javier Hernández’s career, erased him from Europe, now he loses his life
Next The incredible physical change of actress Lauren German after leaving Lucifer