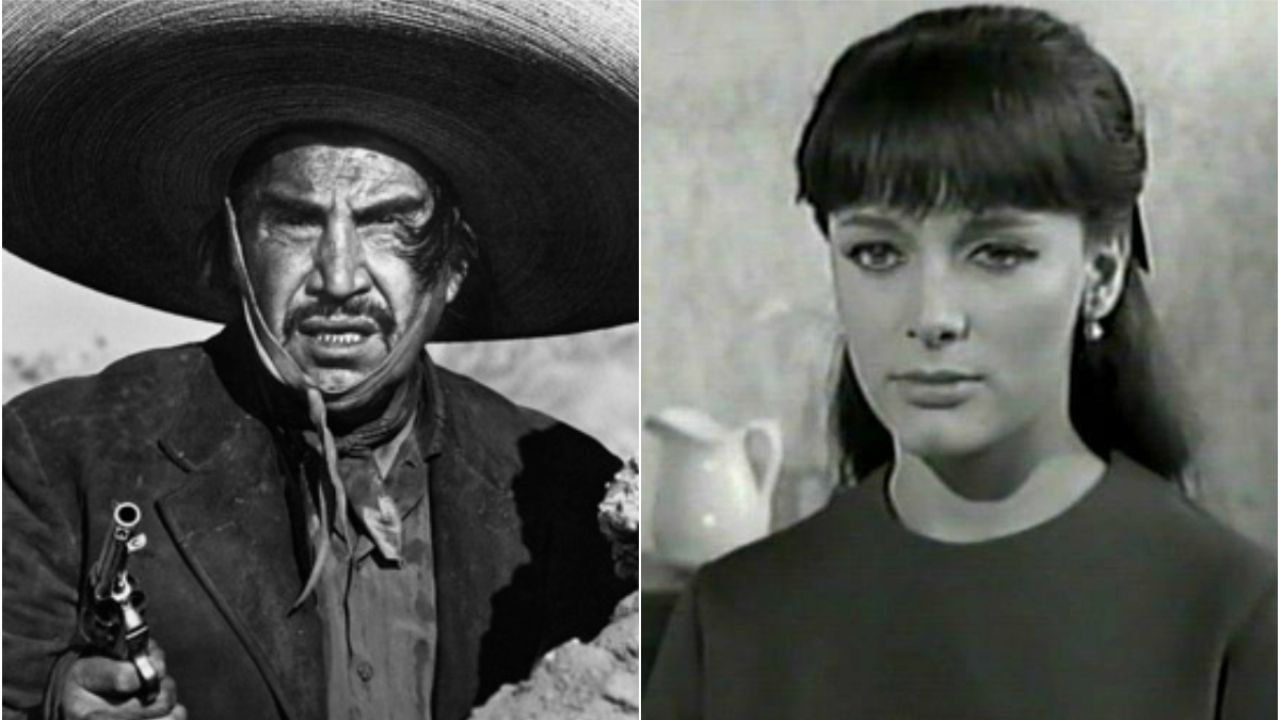 Emilio “El Indio” Fernandez He is one of the most important personalities in the Golden Age of Mexican Cinemabecause he not only acted in several films, he was also the director of many of them, which is why he opened the doors to the world of entertainment for some actresses, including Blanca Sanchez, a young talent that he met when the filmmaker was in jail because he was accused of murder of a man

In 1976, the protagonist of “Wild flower“He was looking for locations to shoot his new movie”north mexico“It was thus that he found a piece of land in Torreon, Coahuila. On that occasion got involved in a fight with some peasants, due to the strong personality of the actor, he did not “let himself”, so he also faced them, however, at one point things got out of control and Fernández took a gun and shot Javier Aldecoa Robles in the chest, who died a few hours later. This is how the big screen star ended up in jail.

While his colleagues in the media were looking for ways to help get him out of prison and his lawyers were trying to resolve the case in his favor, “The Indian” Fernandez He spends his time doing some activities including watching TV, and it was there that he watched the melodrama “My sister the Baby”, from 1976, which despite being starring Saby Kamalich, Jorge Lavat and Yolanda Merida, the director was delighted with Blanca Sanchez, who had a secondary character, but who stood out due to his talent, They report some anecdotes of the time.

The actor, who was 72 years old at the time, wanted to meet Blanca since she seemed like an actress with a lot of angel. So after getting out of prison, despite being sentenced to four years six and a half months, and pay a bond of 150 thousand pesos, Fernández went to meet the celebrity he had seen in a soap opera. The filmmaker wanted him to star in “México norte”, a film that was an adaptation of “small town“, a film starring dolores del riothe first Mexican diva to achieve prominence in Hollywood.

Although I had had several talks with Emilio Fernandez and had even compared her wardrobe to boot with the filming of the movie, the actress did not keep the role, since the National Chamber of the Cinematographic Industry (conacine) He made “El Indio” a condition that, in order to finance the filming, he had to choose PAtricia Reyes Spindola, for which Blanca Sánchez was left out of the project in which she would be under the direction of one of the legends of the Cine de Oro.

Who was Blanca Sanchez?

Blanca Aurora Sanchez de la Fuente, Full name of the artist, she was born in Mexico City on March 2, 1946. She was part of a family of artists, since her father was the composer Luis Sánchez Silva, and her mother was the radio actress Ofelia de la Fuente, also , his brother was the actor Sergio Sanchez. For this reason, from a very young age, she became involved in show business, so at the age of 9 she participated in the radio soap opera “Conflict” and later he made a leap to teletheater with “Nights of anguish” starring Ignacio López Tarso and Silvia Derbez.

The actress worked in film, theater and television, for which she has a long list of projects such as “La tormenta”, “Chuco el Roto”, “Les miserables”, “Living in love”, “Quinceañera”, “Love in silence” and “Lola, once upon a time”, on the small screen, while in the seventh art she is remembered for “Four against crime”, “When the children leave”, “The lie” and “The sacred mountain “, to mention some of the productions.

Blanca Sánchez died on January 7, 2010, after spending a month in the Santalena Hospital in the Mexican capital, due to kidney problems. The actress entered the clinic at the end of 2009, however, little by little she showed improvement, so her death surprised her friends and family, who hoped that her celebrity would soon leave that state.

Previous ➤ The key to your personality: what you see first describes you in this visual test | Psychological Test | trends | Viral | trend | Mexico | MEXICO
Next Uganda is fighting a strain of Ebola for which there is no vaccine or treatment | On the front line | future planet