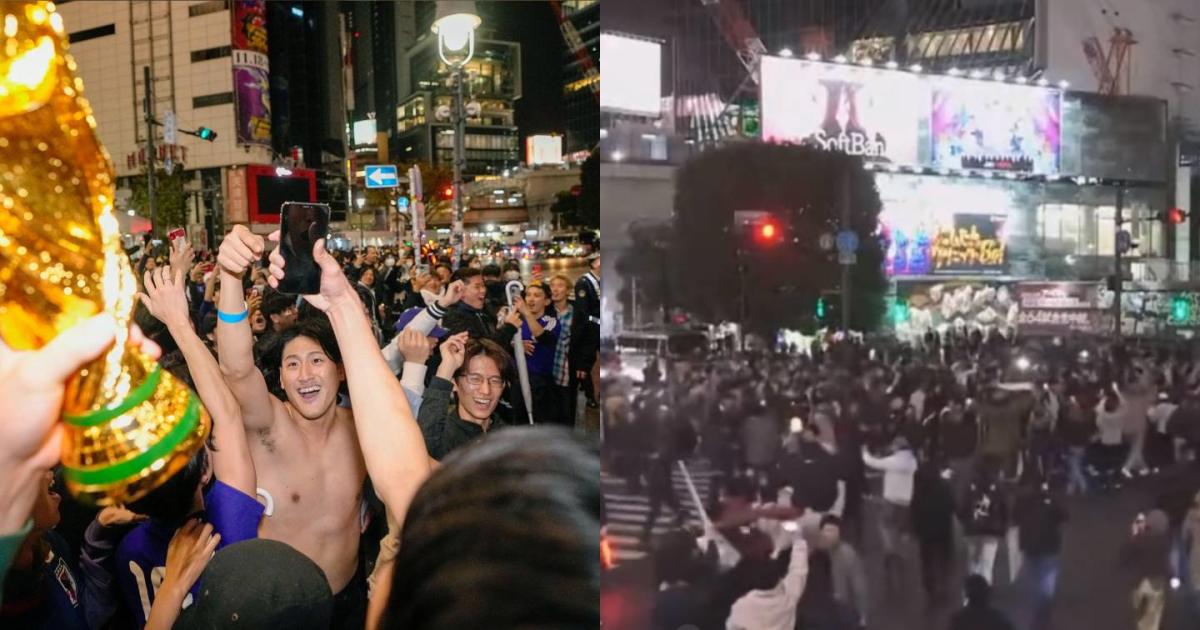 The Japanese team gave the second surprise of Qatar 2022 by beating Germany 2-1 after they were behind on the scoreboard for the first 45 minutes.

Japan’s historic victory over the European powerhouse, which has won the World Cup four times, sparked a furor among home fans. One of those festivities occurred at the famous crossing in the Shibuya neighborhood of Tokyo, where people gathered to watch the match.

In the images you can see that the fans were waiting on the sidewalk as the light of the traffic lights changed and then they ran to the center and celebrated the goals scored by Ritsu Doan and Takuma Asano that gave them the victory.

Then, when the lights were about to turn red again, the policemen whistled to signal that it was time to clear traffic and all the Japanese ran back to the sidewalk.

According to the Japan Rail Pass tourist site, the Shibuya crossing is the busiest pedestrian crossing in the world, since more than 2.4 million people arrive daily, which means that 2,500 people do so every time the traffic light turns green. .

It was the place chosen for the celebration because around it there are several bars and centers dedicated to night entertainment.

Japan is in Group E and now leads it along with Spain, as both teams have 3 points. Their next rival is Costa Rica, who fell brutally 7-0 against Spain, so they will seek to qualify for the round of 16 against them.

While Germany will try to get their first three points with the Spanish and maintain the hope of continuing in Qatar 2022 with the game against the Ticos.

Previous While Andrés García is torn between life and death, another celebrity already has everything to go to the other world
Next Anderson Lee Aldrich: Colorado Gay Club Attacker Identifies Non-Binary, Uses Neuter “elle” Pronoun | News from Mexico