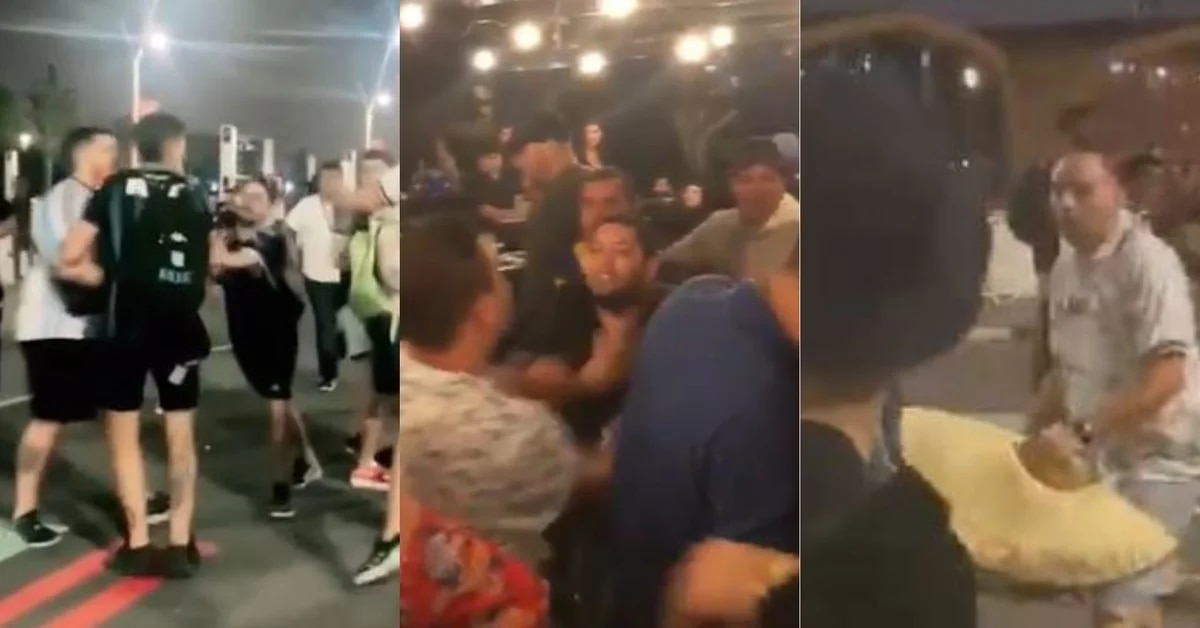 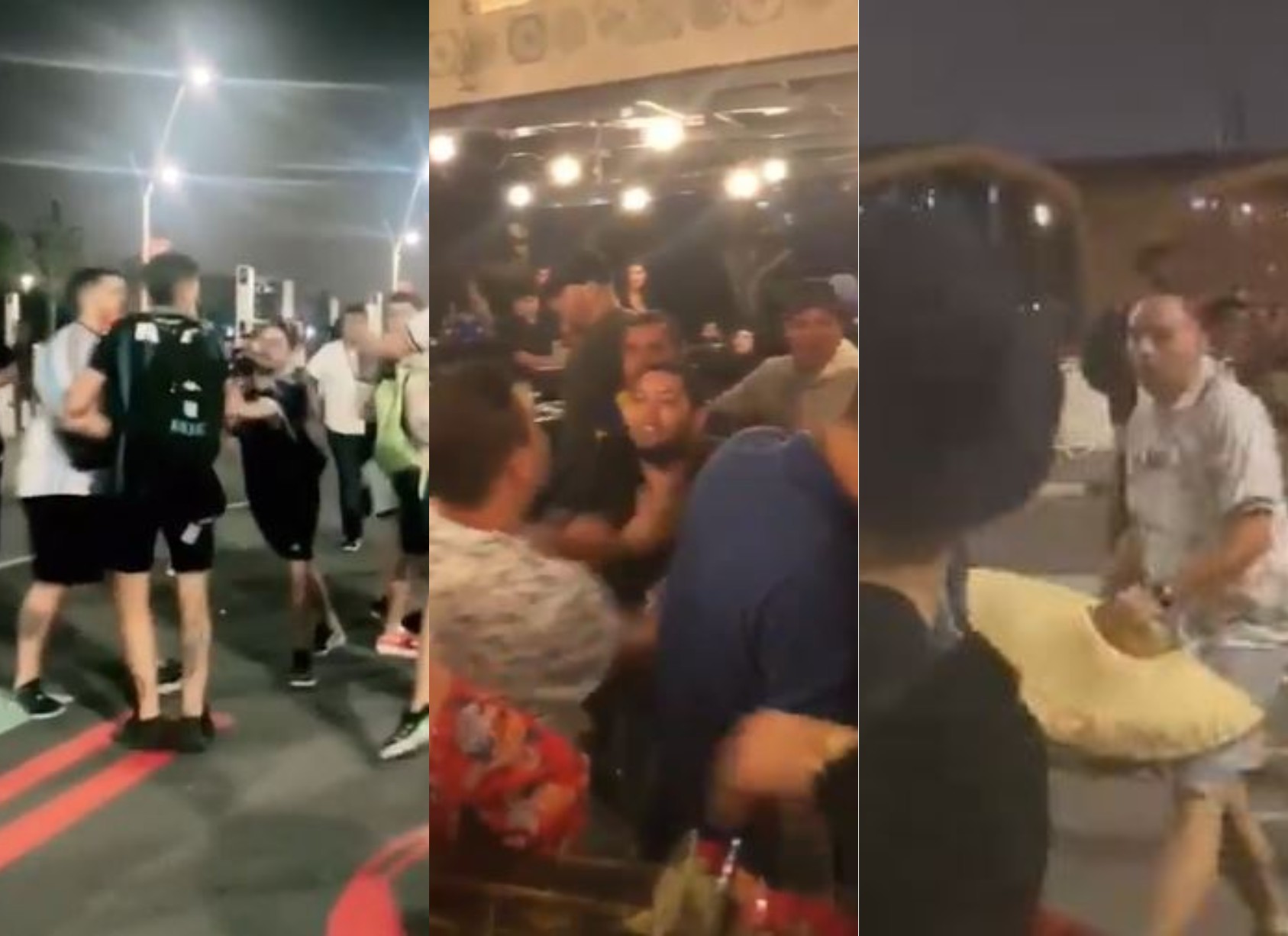 How many detainees and injured did the “zafarrancho” between Mexicans and Argentines leave in Qatar 2022 (Photo: Special)

A few days before the match Mexico against Argentina in the Qatar 2022 World Cupfans from both countries staged a brawl in the streets of Dohaafter the tension that exists in Group C due to the unexpected defeat by Argentina 2 to 1 against Saudi Arabia at the start of the tournament.

“La Mano de Diego”, calculator and confidence in La Scaloneta: this is how the Argentines lived the tie between Mexico and Poland at the Fan Fest

After the unexpected defeat in the debut of the World Cup, hundreds of Argentine fans followed the actions of the group’s other match at the fan festival

The duel between the Albiceleste and the Tricolor (who began his journey with a 0-0 draw against Poland) will be key to the future of both teams. This situation has both fans on the verge, because in case of losing the Albiceleste would be practically out of Qatar 2022Contrary to that of Mexico, who could advance still losing, since they would face Saudi Arabia.

The fall of the Argentine mark against the Asian country in its debut in Qatar 2022 has caused Mexican fans to dream of throwing Messi and company out of their last World Cup. This Aztec illusion has caused both hobbies to face each other on the occasion of Mexico vs. Argentina.

That is why as a result of this rivalry this recent fight that has gone around the world was raised. The showdown between fans It would have been recorded by several people who were around him and uploaded to social networks, where it quickly went viral.

The song of Mexico against Argentina that warms up the previous World Cup in Qatar: “In the Malvinas, English is spoken”

On social networks it emerged that some of the subjects who were involved in the fight would have resulted in minor injuries such as scrapes and blows that did not require transfer to hospitals or medical units. However, according to ESPN Mexicothe Qatari authorities reported that there were no arrests or injuries in the brawl between fans.

“Messi p***, Messi p***”, can be heard in the video on multiple occasions while the fight is taking place. So far it is unknown who would have started as well as those involved in these events.

Thanks to social networks, during this sporting event, it has been possible to witness in the front row all the occurrences that compatriot fans have had in Qatar.

My only advice for Scaloni: healthy players who are able to endure 100 minutes of the game at the pace that the situation requires

The Argentina coach must decide the lineup that will face Mexico next Saturday, with the uncertainty of some names that are not in optimal conditions for the requirement of a World Cup

From the first day they arrived they have been irreverent and joking. For example, they were seen dancing the “Rodeo Clown” with Qataris, singing, as well as joking that they have smuggled alcohol in even though its consumption is prohibited.

On this last day, these anecdotes were added to the recording of some Mexicans inside a train carriage. doha metro shouting the dreaded raider phrase: “They already know it, neighborhood! wallets and cell phones”. Likewise, another group of Mexicans tried to enter an alcoholic beverage hidden in a binocular-shaped canteen, which was confiscated by stadium security elements. 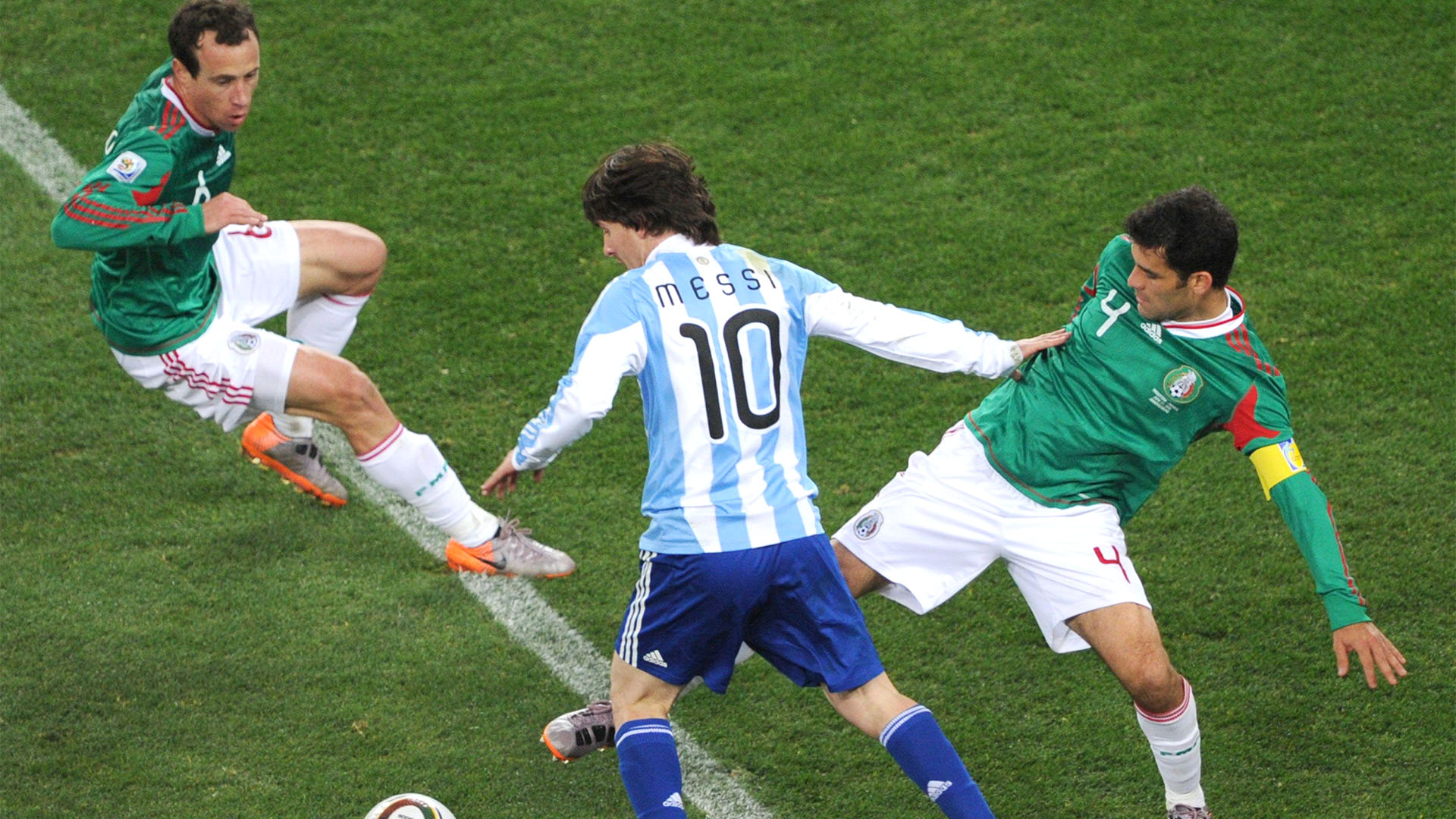 zzzzinte1Argentina’s striker Lionel Messi fends off a challenge by Mexico’s defender Rafael Marquez (R) and midfielder Gerardo Torrado during the 2010 World Cup round of 16 football match Argentina vs. Mexico on June 27, 2010 at Soccer City Stadium in Soweto, a suburb of Johannesburg. Argentina won 3-1. – NO PUSH TO MOBILE / MOBILE USE SOLELY WITHIN EDITORIAL ARTICLE – AFP PHOTO / PEDRO UGARTEzzzz

The next Group C matches are scheduled to be played on Saturday November 26. First will be disputed Poland vs Saudi Arabia at 07:00 a.m., at the Education City Stadium, and later one of the most striking duels of the Group Phase, Argentina vs. Mexico at the Lusail Stadium.

This was the mess between Mexicans and Argentines in Qatar, prior to Saturday’s game
San Memo Ochoa: the best memes left by Lewandowski’s penalty save in Qatar 2022
“They already know it”: Mexican joked in Qatar transport and scared tourists

Previous Cynthia Rodríguez impresses with a photo dressed as a bride. (PHOTO)
Next “Whoever brought Los Zetas was the group in power,” says Mejía Berdeja