In public and private schools from Mexico City, Jalisco, the State of Mexico, Baja California, Morelos, San Luis Potosí and Oaxaca, the Office of the Ombudsman for Children’s Rights (ODI), documented cases of extreme and sexual violence exercised against girls and boys of 18 preschoolers.

According to the report It’s a secret. Child sexual exploitation in schoolsprepared by the ODI, there are patterns of sexual violence perpetrated by teachers, principals, administrative and janitor staff.

Attacks inside and outside the school

The document revealed that the victims, among 3 and 7 years oldwere attacked inside or taken out of the schools to commit various acts of sexual abuse against him.

“The magnitude of these acts reports that the victims were also tied up, feinted, and penetrated in various demeaning and humiliating ways that included the use of dirty paper with excrement. The victims also describe that they were taken from the school, sedated and later threatened with the demand that they remain silent,” the report states.

The ODI It states that the first case of this type came in 2008 when a mother began to notice worrying behavioral changes in her daughter.

The minor under 5 years of age, after receiving emotional support for months, denounced the abuse that she experienced in a preschool located in Mexico City.

The minor said that was taken out of school in a car and transferred along with other classmates to a house where there were strange adults.

“She describes events of sedation and on at least one occasion refers to the presence of babies as victims of abuse in the place to which she is taken,” the report says.

The parents believed that they were crimes of child pornography and decided to file a complaint. However, the family decided to withdraw all action after the officer in charge of the investigation informed the school principal about the complaint and the offences.

Also read: “It may be my last march,” says AMLO about the mobilization next Sunday

Attacks with syringes and knife

Another case exposed by the ODI happened in 2012 when it learned that in the Laura Elena Arce Cavazos public preschool, located in the State of Mexico, several girls and boys denounced six adults who sexually attacked them together.

“Of the ten statements known by the ODI, 2 children refer to being penetrated with syringes with water and three children show cuts on their legs that they say were inflicted by some teacher with a knife during the assault. Three of the 10 declarants describe that they were being photographed or video taken,” the document states.

It indicates that after the resistance of the authorities to recognize the rights of participation of the victims, all the victims except one withdrew from participating in the case. In 2015, a conviction was obtained against one of the six adults named as the aggressor.

According to the report, of the total number of victims 37 reported touching by the adult or have been forced to touch each other; 11 described acts that constitute equivalent violation; 8 reported physical aggression; three indicated that they were forced to observe sex between adults; 17 described a teacher exposing himself to the entire room; four that were tied up; two mentioned having been gagged with tape, while seven claimed to have suffered abuse in front of a group of boys and girls.

Three other minors denounced that they were penetrated with garbage; four describe the use of urine, feces or vomit during the attacks; three detailed that their hands or feet itched; three more described their partners asking for help; five described blows; two reported the presence of the public or people who observed the abuse and four the presence of cameras or being filmed.

Likewise, the report stated that of the schools analyzed, 13 were victims of group attacks, 16 reported multiple adults present during the abuse, 17 reported acts of concealment, and 10 reported adults who facilitated the assaults delivering the boys and girls to whoever hurts them or allowing them to enter the school or the classroom.

The ODI maintains that the General Prosecutor of the Republic (FGR), led by Alejandro Gertz, has been aware of these cases for years. Yet each investigated in isolation as simple cases of sexual abuse that coincide in a school.

He also points out that the Secretary of Public Education (SEP) has been aware of the cases. But the agency has not informed the police or the prosecutor’s office every time it receives a complaint of this type and instead “the SEP investigates itself, so that in the face of this institutional procedure it is impossible to distinguish incompetence from cover-up.” argues the ODI.

Previous Jerónimo Rodríguez, details of being a cement player
Next Andrés García’s couple worried about the actor’s bad companies after he suffered an overdose 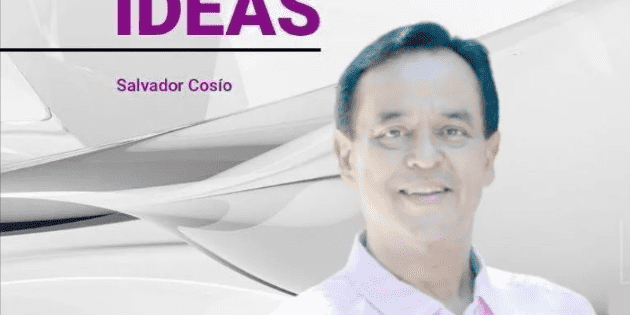 2,000 million pesos thrown away in a march

“It is not a good era to be a men”, which would be translated into …