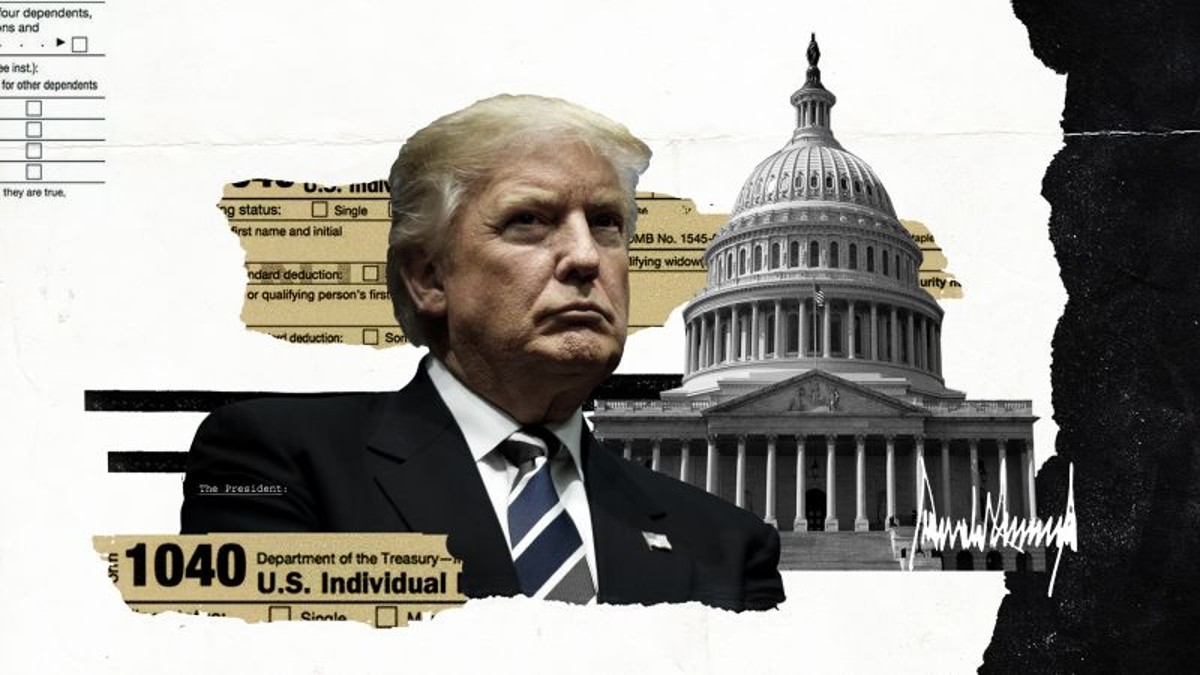 Trump does not want to reveal his tax returns, why? 2:32

(CNN) — The United States Supreme Court on Tuesday cleared the way for former President Donald Trump’s tax returns to be delivered to a House committee led by Democrats.

The court’s move represents a great loss for Trump, who has sought to protect these documents for years and is now facing multiple investigations. The decision also comes days after the former president announced his intention to seek the presidency again. The court’s ruling also gives Democrats the chance to finish the investigation before a new Congress begins in January.

With a brief order, the Supreme Court denied Trump’s request not to turn over his federal tax returns to the House Ways and Means committee, after the panel asked the Internal Revenue Service (IRS, for its acronym in English). Trump had lost this petition in the lower courts.

The high court did not highlight any dissent in its order.

Chief Justice John Roberts, who oversees the trial court that issued the order in Trump’s case, had temporarily suspended the subpoena of the documents on November 1, presumably to give justices more time to assess the topic.

Congress’s effort is designed to provide the House of Representatives with the most direct path to the tax information they have long sought.

The commission’s chairman, Democrat Richard Neal, initially requested tax returns from the IRS in 2019. However, the entity under the Trump administration initially resisted turning them over.

The case inched into 2021, when the Biden administration’s Justice Department reversed its legal stance, concluding that the IRS had an obligation to comply with the commission’s request.

A Trump-appointed judge ruled in favor of the House of Representatives late last year, and the Washington Circuit Court of Appeals refused to overturn that ruling. Most recently the full appeals court declined to take the case. The court held that the request for the documents served a legitimate legislative purpose to review the tax laws that apply to a sitting president and rejected Trump’s argument that the stated purpose was merely a pretext to hide a political calculation.

A precedent dispute: the Mazars case

Another legal case related to the House Oversight committee’s attempt to obtain Trump’s tax information from his then-accounting firm ended in a settlement earlier this year, after the battle reached the Supreme Court in 2020. Taking the dispute with the Ways and Means committee to the Supreme Court, Trump argued that lower courts conflicted with that 2020 case, known as Mazars.

Trump’s lawyers argued that, like the Mazars case, the current dispute “stems from a congressional demand for a president’s personal information, a standoff between rival branches over records of intense political interest to all involved.”

“No Congress has ever exercised its legislative powers to compel a president’s tax returns,” Trump’s lawyers argued, warning of the “far-reaching implications” of the Washington City Circuit ruling.

However, Douglas N. Letter, a lawyer for the House of Representatives, urged the court to reject Trump’s offer to delay the subpoena, noting that the house had spent “more than three years” monitoring whether the IRS can apply again. effectively and fairly apply federal tax laws to presidents.

Trump does not want to reveal his tax returns, why? 2:32

“Mr. Trump owned a complex business network, engaged in international business activities, had a history of aggressive tax evasion (as he boasted), claimed to be under ‘continuous audit’ since before his presidency, and repeatedly denounced the IRS audits of it as ‘unfair,’” Letter wrote.

For the investigation, Letter asked the IRS for income tax returns for Trump and some of his businesses from 2015 through 2020 along with related filing information.

US Attorney General Elizabeth Prelogar, representing the Treasury Department and the IRS, sided with the House of Representatives and rejected Trump’s arguments, emphasizing that the Court of Appeals “correctly held that the application of the President articulates a legitimate legislative purpose and passes scrutiny under all suggested variations of the separation of powers analysis, including the standard this Court adopted in Trump v. Mazars”.