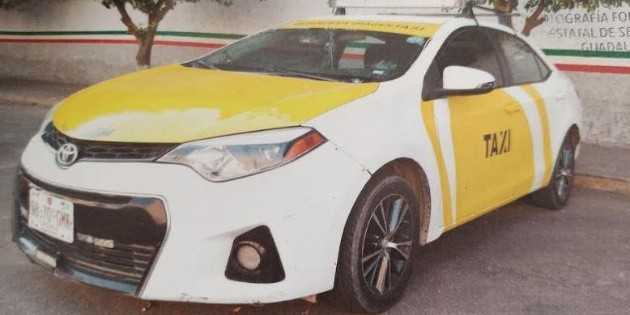 Security in Jalisco: Taxi driver drew attention with lights in his car and this was found by police


It looked like a normal taxi, until the Tlajomulco police detected that it was using strobe lights on top and decided to stop it finding him a gun.

This Tuesday, the Jalisco-based Attorney General’s Office reported on the order linking the process obtained by the Federal Public Ministry against Luis “P”, the man who was driving said vehicle.

According to the investigation folder, elements of the Tlajomulco de Zúñiga Public Security Police Station, when carrying out a surveillance tour on López Mateos avenue, in the Fraccionamiento Monte Verde, belonging to the aforementioned municipality, arrested Luis “P”, who was driving in a vehicle, which had white and red lightsof those known as strobe.

Realizing that the vehicle was a rental car, they immediately stopped it, since those lights are only used by ambulances, firefighters or security personnel; When detaining Luis “P”, they seized a .38 caliber pistol, a magazine and four useful cartridges, without having the corresponding permit.

Due to the aforementioned fact, the defendant was made available to the Federal Public Ministry of the FGR, who in turn referred him to the Specialized Judge, who qualified the detention as legal and issued the order linking him to the process for the aforementioned crime. As a precautionary measure, Luis “P”, will be in preventive detention for the duration of his process in the prison complex of Puente Grande, Jalisco.