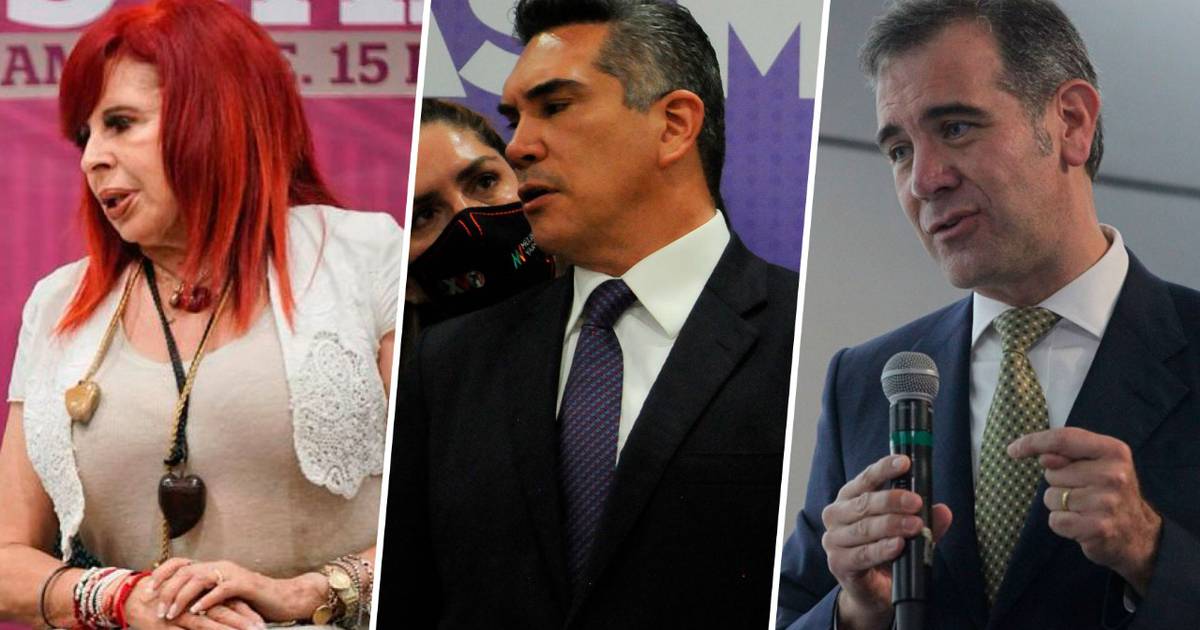 The governor of Campeche, Layda Sansores, released a couple of new conversations that presumably correspond to Alejandro ‘Alito’ Moreno, deputy and national leader of the PRI, in which agreements are reached with the National Electoral Institute (INE) to benefit each other through modifications to statutes and budget approvals.

Through your program Jaguar Tuesdaythe president of Campeche shared this Tuesday, November 22, two conversations that directly involve ‘Alito’ Moreno, one of them is with the PRI finance secretary, Hugo Gutiérrez, who explains in detail How will they reduce a fine for irregularities? in the match from 600 million pesos to 1.4 million.

It all starts with ‘Alito’ Moreno, who asks what “What bullshit did they do to put a fine of 174 million pesos”.

Gutiérrez responds that an audit carried out in 2019 sent a draft with a fine of 170 million pesos “for various reasons that they inherited.” Later, the finance secretary explains that there was a prediction since 2018, which started at 600 million pesos and in 2019 it dropped to 300 thousand.

By the end of 2020, the PRI official confirmed to ‘Alito’ Moreno that thanks to the help of representative Rubén Moreiraalso of the tricolor, the opinion of the INE fine was only 1.4 million pesos.

The other conversation spread by Layda Sansores is allegedly between ‘Alito’ Moreno and Lorenzo Córdova, president of the National Electoral Institute (INE), with whom he conducts a couple of agreements for the benefit of the electoral body and the PRI.

In 2020, Lorenzo Córdova confirmed to Moreno that they already voted (in the INE) so that the National Council makes statutory modificationswhich, according to Layda Sansores, were so that ‘Alito’ Moreno could be the only PRI character in charge of selecting candidates, as well as deputies.

Months later, ‘Alito’ Moreno allegedly agrees to a meeting with Lorenzo Córdova in which he plans to support the INE with the approval of the PRI members of the budget commission. The PRI leader even assured the INE counselor that hspoke with legislators from other parties, including Morenato “pull as a team” in favor of the budget for 2021.

Layda Sansores broadcast the conversations between ‘Alito’ Moreno and Lorenzo Córdova in the context of President Andrés Manuel López Obrador’s electoral reform initiative, and criticized the alleged agreements of the INE with opposition partiesaccusing that they do not want it to “disappear” so as not to lose benefits.

Layda Sansores continued her offensive against the coordinator of Morena in the Senate, Ricardo Monreal, whom she again branded the movement of Morena and President Andrés Manuel López Obrador as a “traitor” and said that she did not wish him “neither hatred, nor revenge, nor grudges… only death”.

Later, Sansores recoiled and said that with death he spoke in the sense of the Mayan culture, in which it is related to oblivion.