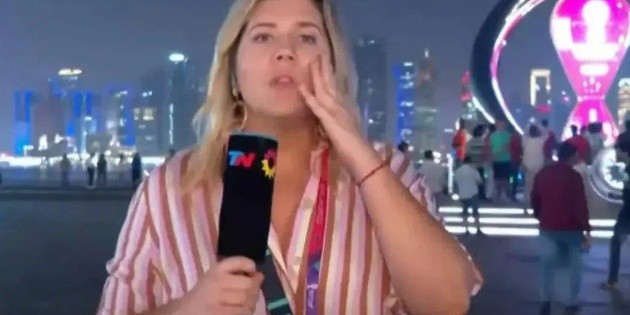 Qatar 2022: Journalist assaulted at the World Cup; They offer you to choose the punishment for thieves


The Qatar World Cup 2022 has started and with it the Qatari streets have been filled with partying, music and a great atmosphere. However, in the World Cup it is not exempt from unpleasant moments and that was the case of the Argentine journalist Dominique Metzgerwho was robbed in Qatar while recording content for his job.

The journalist reported that her wallet was stolen, where she had her credit cards, money, and documents. All this happened in Doha, Qatar and according to what he told Dominique Metzger, the robbery would have occurred when she was recording content for the television channel in which she works. She prepared a capsule where she lived with the native people of the place.

Upon arrival at the police station Doha, Dominique Metzger He recounted that he was surprised when he filed the complaint and that is that the authorities assured him that the offender would appear and they gave him the choice of the punishment he wants to be imposed on the thief.

“At one point, the most complex thing for me was when the authorities assured me that they were going to locate the person responsible with face detection and they told me: What do you want justice to do? 5 years in prison, that we deport them? He asked me It’s up to me to make the decision,” the journalist said.


Dominique Metzger She was surprised by the reiterations that it was she who decided the punishment for the thieves and confessed that she only asked that they recover their papers.

The journalist’s case has gone viral and the fact that the authorities offered her to choose the punishment of those responsible surprised locals and strangers.

Previous Mexicans in Qatar, Day 3, VIDEOS: “Cell phones and wallets” arrives on the subway; throw party
Next Platanito one step away from jail and is honest through tears | News from Mexico