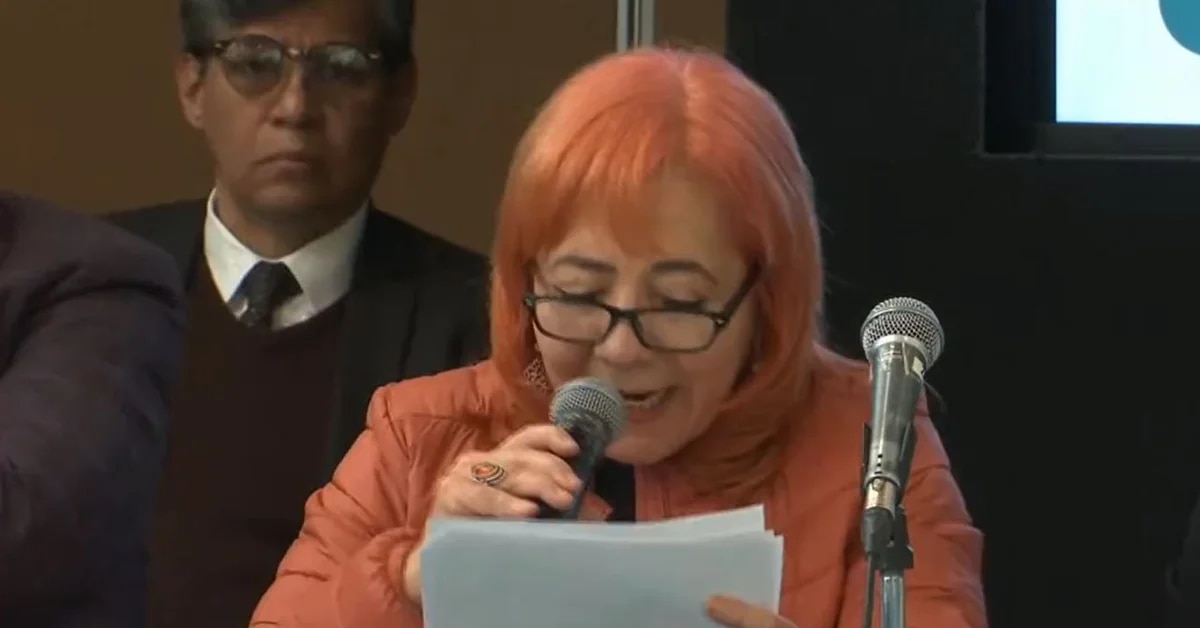 “Not to be believed”, Rosario Piedra justified electoral reform by accusing the INE of not preventing the 1952 massacre 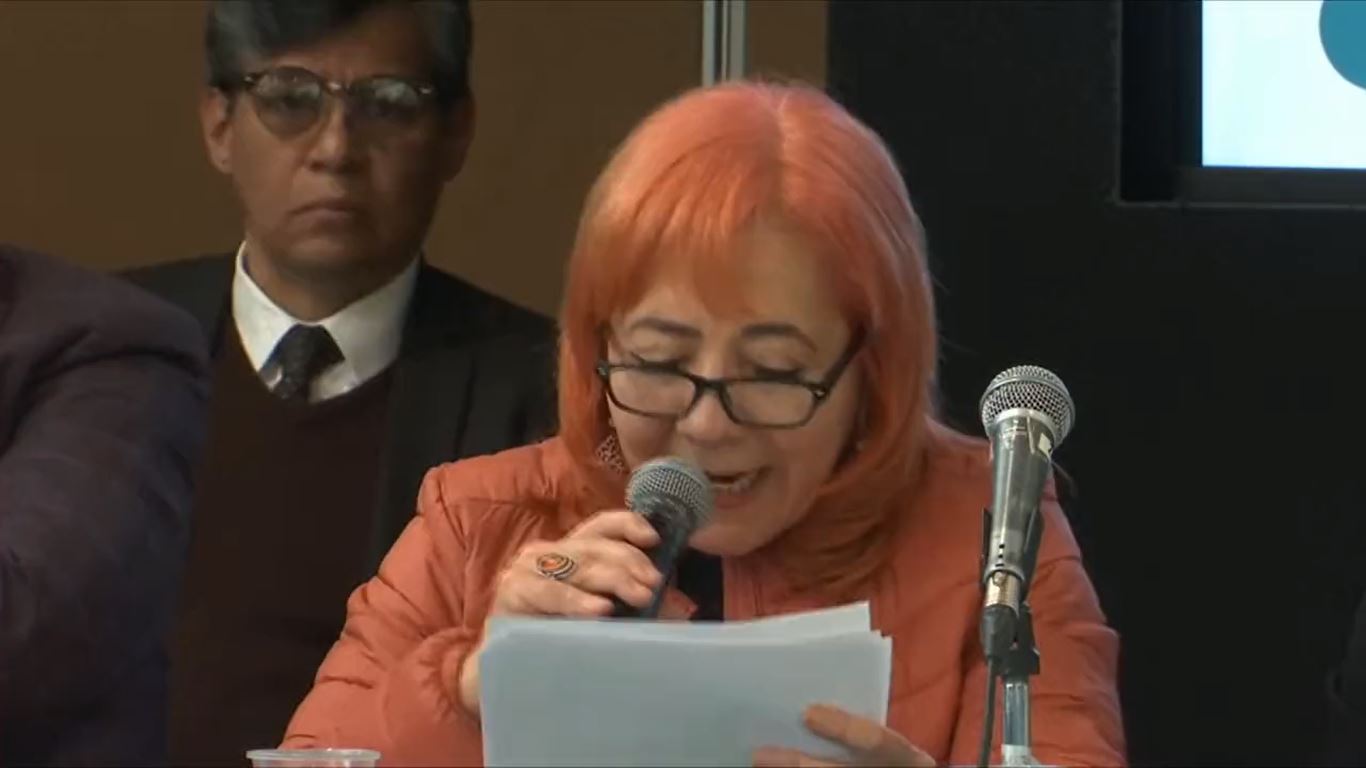 During his appearance in the Chamber of Deputies, Rosario Piedra Ibarra defended her management as president of the National Human Rights Commission (CNDH) and took the opportunity to show his position in favor of electoral reform and confront the National Electoral Institute (INE) by a massacre that occurred in 1952.

“Her last name defines her”: Lilly Téllez struck Rosario Piedra after her appearance before the Chamber of Deputies

In the meeting, recorded by the media, it is observed when the official explains the recommendation that the CNDH sent to the INE, where claimed his lack of participation in a event that occurred four decades earlier of its creation.

The CNDH president’s claim quickly began to circulate on social networks, where multiple criticisms arose, mainly from the opposition, against her, since she demonstrated her lack of knowledge in history.

What was the “Alameda Massacre”, the tragedy for which Rosario Piedra Ibarra launched herself against the INE

In her appearance, the president of the CNDH recalled the tragic event, assuring that her support for the Electoral Reform was so that a similar event would not be repeated again.

“We have just issued a recommendation precisely because impunity does not start right now,” said the official.

This is how Mrs. Rosario Piedra justifies her obedience to Amlo.
The victims are alone without a CNDH, because what the President does have time for is to go against the INE, for an event that happened 70 years ago!#ElINENoSeToca

This act of betrayal of Mexico is unmissable: pic.twitter.com/ha80ljLttD

“Impunity has been in this country for years, it has led to outrages, extrajudicial executions and that is why the recommendation we made for the INE because there was a terrible massacre on July 7, 1952 of more than 500 Mexican citizens who were demonstrating peacefully and The only thing they wanted was for the right to vote to be respected and there was electoral fraud.”

He went on to point out that in the country “this cannot continue to happen”, and that for this reason there is the CNDH, both for past and current cases.

The members of the blue and white party urged the population to monitor the legislators, as they could weaken the INE

The massacre referred to by Rosario Piedra occurred during a peaceful protest in Alameda Central of Mexico City against the presidential election of 1952 in which Adolfo Ruiz Cortines was the winner. Nevertheless, INE was founded in 2014 and had its origins in 1990under the name of the Federal Electoral Institute (IFE).

Given this, several users of social networks, but mainly politicians, questioned her, highlighting her mistake in remembering dates and historical events to attribute them to the INE.

The owner of the @CNDHRosario Piedra, sent a recommendation to the INE for electoral fraud committed 70 years ago, when obviously the INE did not exist.

What a way to humiliate herself and undermine the work of the institution.

Stupidity as a way of life.

The president of the Human Rights Commission in the Senate of the Republic, Kenya Lopez Rabadan, accused that the argument he gave in San Lázaro is a sample of his political interests in favor of President Andrés Manuel López Obrador (AMLO).

“So the lady Rosario Piedra justifies her obedience to Amlo. The victims are alone without a CNDH, because the President for what she does has time is to go against the INEdue to an event that happened 70 years ago!” said the member of the National Action Party (PAN).

He also said that it was an “act of betrayal of Mexico” to seek to face the INE for a massacre. the opponent Jorge Triana He also joined the criticism of Rosario Ibarra’s controversial argument.

“Rosario Piedra sent a recommendation to the INE for a electoral fraud committed 70 years ago, when evidently the INE did not exist. what a way to humiliate herself and undermine the work of the institution. Stupidity as a way of life”.

Columnist Fernando Belaunzarán pointed out that it was “not to believe” the recommendation favorable to the reform of López Obrador “electoral fraud… from 1952!”, and added: “Did you know that the INE was created in 2014?”.

In this vein, the staunch opponent of the Fourth Transformation, lilly tellez He launched a strong comment, assuring that the president of the CNDH is frivolous, since she cares more about combining her look than issues that are the responsibility of the organization.

“She live in frivolity; I wish it worked as effectively as matching the color of her hair to her jacket. We have to throw the brunette out of power so that the CNDH is a serious and autonomous institution”.

During the participation of the deputies in the appearance, some accused her of impregnating political overtones to her management and having forgotten the victims.

“Her last name defines her”: Lilly Téllez struck Rosario Piedra after her appearance before the Chamber of Deputies
“The CNDH is more autonomous than ever”: Rosario Piedra justified her position before López Obrador’s Reform
Lilly Téllez joined the poppers: she shared WhatsApp to maintain communication with the public

Previous Ochoa, the best Mexican goalkeeper in history – Ruben Rodriguez
Next This is the unexpected ritual that Enrique Iglesias has before going on stage and giving a show