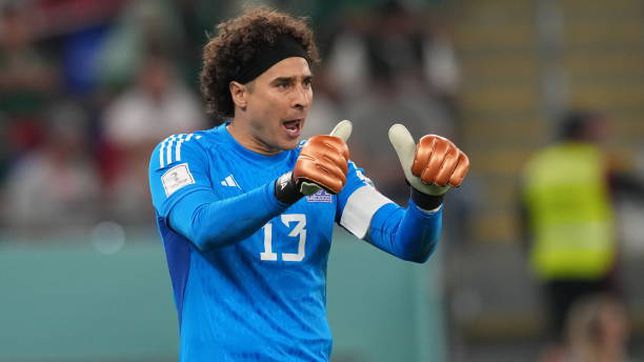 D-Day in Doha came and went goalless. No relief and no debacles. The doubts of the day before are the doubts of the post. Guillermo Ochoa extended his World Cup legend although it would be unfair to say that Mexico drew a draw exclusively thanks to his spell with the great Cup. The Mexican team the party matured, worked on it, planned it, cooked it, but it was not enough. Something was missing, the usual. Polonia was a shadow and Ochoa, an effigy. And, for the rest, the doubts of the day before will also last four days. Or up to eight.

Mexico was a sandstorm. The tectonic plates in Doha moved when Lozano’s lightning missed Vega’s toe. Later, Poland neutralized the threat, with more pressure absorption than association play. Lewandowski’s mere presence posed the only virtual danger: the feeling that something could happen at any moment. And it almost happened, when Bereszynski rose like the skyscrapers of Doha. That imponderable perennial that haunts Mexican soccer almost by cursed destiny. As soon as Polonia seemed to have found the way to deactivate Martino’s mechanism, Herrera maneuvered in the steepest corner of the Polish terroir and Vega nodded with a Muslim prayer. The ball whispered to Szczesny’s right post.

Not long after, Gallardo tore Cash’s garments and, but the soap ball refused to yield to his desperate efforts. Bereszysnki unlocked the fire extinguisher. Then Mexico rejoiced with the ball, it circulated from north to south, east to west, from La Perla to Al Rayyan, owner and lord, sheikh of Stadium 974, Krychowiak and Kaminski like two Bedouins without a compass, until Sánchez finished the sequence with a soulless shot.

If the first half hardly had any notes, the second began as a death metal double bass drum. It happened that an unfortunate carambola ended with a desperate struggle between Moreno and Lewandowski, a furtive mess. He won the Mexican, in-extremis, panting, with the hairs on the Pole’s chest torn out in his hand, but without the approval of the regulations. Beath sentenced two minutes after the action. Ochoa, who does not save penalties, usually prays the commonplace, guessed with that impassive temper that only seniority provides Lewandowski’s intentions, unable to break his particular and inexplicable World Cup spell. The ‘Five Cups’ is no longer just Carbajal. Stadium 974 shuddered. Doha shuddered. Doha moved. Henry Martin’s Borgetti-style header, following Edson’s shot, put Szczesny to work once more.

Actually, Lewandowksi’s penalty was an exception, a strangeness. A parliament that did not correspond to the logic of the party. Because Poland did not come close again and Mexico lost supremacy on the flanks. Alexis tried hard, without giving up, while Martino inserted Jiménez to extend the novel and find partnerships ahead of Glik and Kiwior, another key. It happened that ‘The Wolf of Tepeji’ stumbled like an antelope in the sand when he found himself guarded by a guard of three Poles. Chícharo!, demanded the fans in the stands, without leaving behind the scandal that marked the four-year period. ‘The White Eagles’ had the last word. Krychowiak and Kaminski scared Stadium 974. Martino ended up asking for the defibrillator. And Ochoa spread his legend. The problem is perhaps not even with that reach.

Previous Checo Pérez, present in the tie between Mexico and Poland in Qatar 2022
Next Fernando Colunga’s moving statement to a late actor