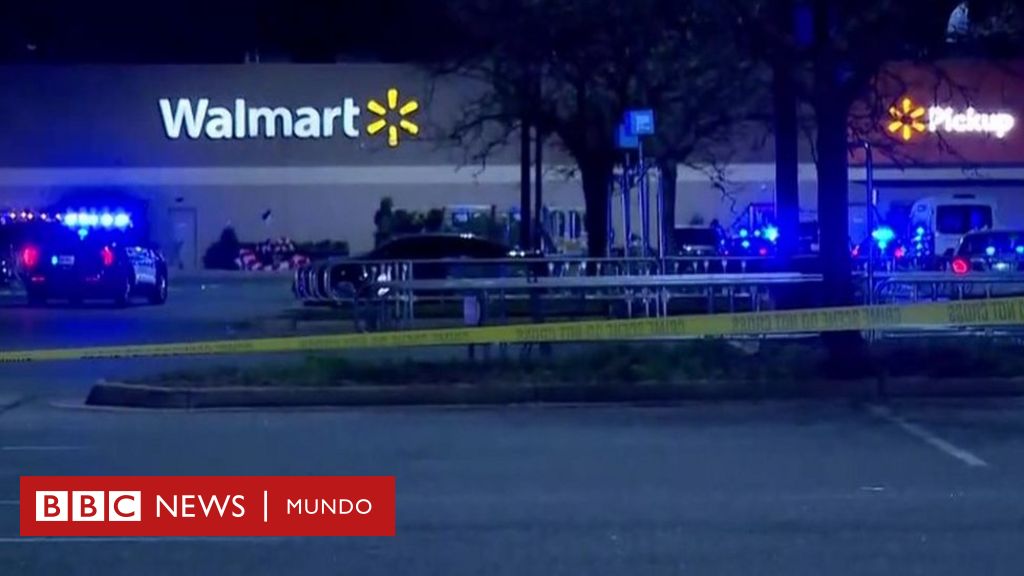 At least 6 dead in attack inside a Walmart warehouse in Virginia, United States

At least 6 people were shot dead by a man in a Walmart store in the city of Chesapeake, Virginia, United States.

According to the police, the attacker, an employee of the place, opened fire and later committed suicide. Authorities reported that an as yet undetermined number of people were also injured.

Images published on social networks showed a great presence police in the place of the events.

Police spokesman Leo Kosinski said the shooting is believed to have happened inside the warehouse and the suspect acted alone.

From Walmart, the largest retailer in the United States, they said they were “shocked by this tragic event” and the company said it was “working closely with law enforcement.”

After the incident, a video went online that appears to show a witness – dressed in a Walmart uniform – describing what happened.

He stated that he had left the office of employees: “Sadly we have lost some of our colleagues“.

A woman named Joetta Jeffery told CNN news that her mother had been inside the warehouse when the attack happened and was able to send text messages.

Jeffrey added that his mother had been uninjured but was in shock.

The shooting occurred less than 48 hours before Americans across the country celebrated Thanksgiving.

Mark Warner, a Democratic senator from Virginia, wrote on Twitter that he felt “sick with reports of another mass shooting.”

On Twitter, he wrote: “I will not rest until we find solutions to end this this epidemic of gun violence In our country”.

This Tuesday’s attack comes just three days after a gunman opened fire at an LGBT+ nightclub in the state of Colorado, killing five people and injuring 17 others.

In 2019, a shooting that occurred at a Walmart warehouse in the city of El Paso, Texas, left 23 dead.

Now you can receive notifications from BBC Mundo. Download the new version of our app and activate them so you don’t miss out on our best content.

Previous FIFA opens file for song to Poles and not for screaming at goalkeeper
Next Rebecca Jones was left out of Cabo; this is the actress who will take her place