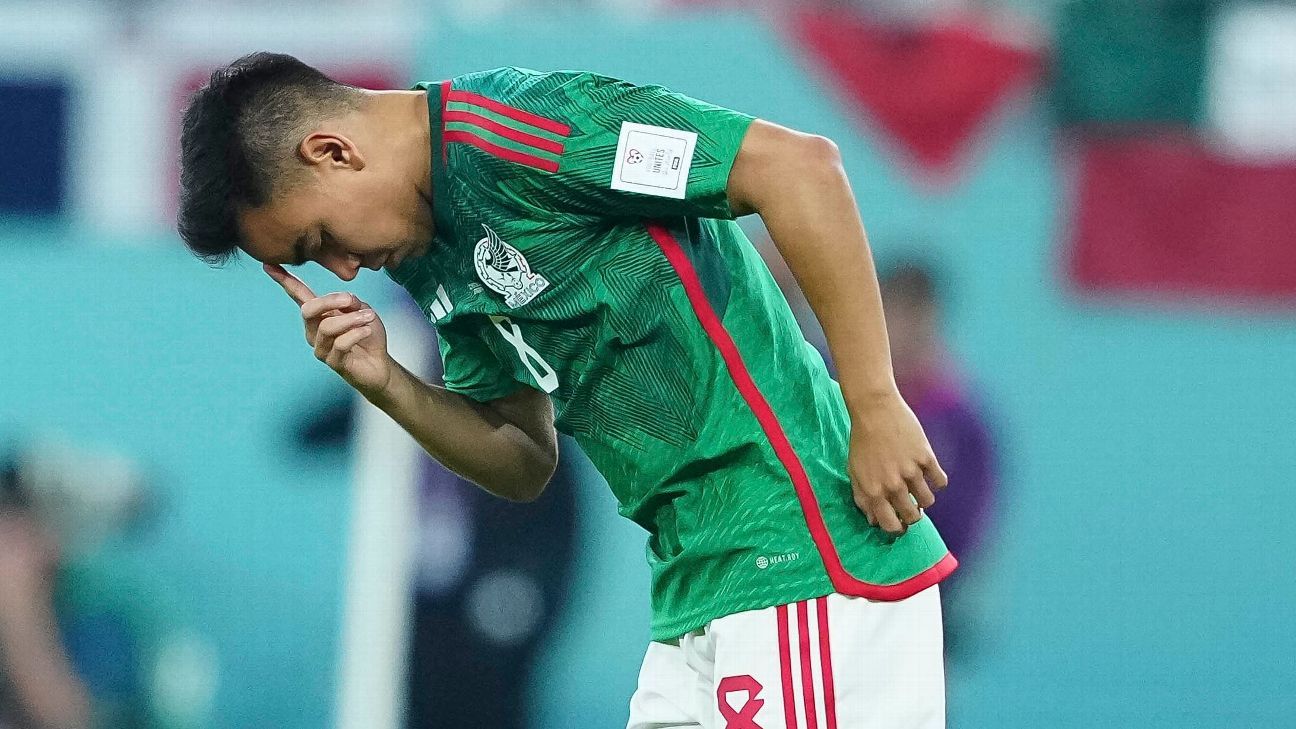 The players of the Mexican National Team agreed that they are ready for the challenge of facing Argentina, who will come urgently to add, after losing their first match

QATAR –. “They are human beings.” carlos rodriguez cuts short any fear that might be wondered about any thought that Argentina He will arrive at the second World Cup match with the knife between his lips due to the need to obtain points after the defeat against Saudi Arabia.

“It’s football,” adds the midfielder before being questioned about the need for the South Americans to take the three points with everything and their figures.

“It will be a nice meeting. We both need points. We all want to win. We await the game against Argentina with a lot of intensity because he is the most difficult opponent in the group”, he acknowledges.

Jorge Sanchezside of the national team, rescued that not only Argentina will seek victory in the Lusail Stadiumbut also Mexico so the need is for both.

“It’s going to be a great game. Surely we will go out to propose. The games are completely different. Now we have to rest and then prepare the team to face Argentina,” he said.

“We are convinced of the team we have of each element, so it will be a great match. I hope everything works out for us and we will go out to win it”, the Ajax footballer said.

“I know that against Argentina they are going to see a Mexico different, a Mexico that he will seek to propose and is going to kill himself in each play and each game. Hopefully we can bring joy to the fans and to our families, ”he said.

Alexis Vega He also spoke about the most complicated rival in the role that Mexico has in the first round. He accepts that he is a highly respected rival. “From now on I predict that it will be a very close match, the details will set the course of the game. We are aware that with the defeat against Arabia they are going to want to go out and win the next game, yes or yes, as well as us. Each ball will be defended to the death and we hope to bring joy to the fans ”, he pointed out.

Uriel Antuna He is aware that Argentina is a world power. It establishes that the Albiceleste must always be seen as such because it has very good players, but it also just brought the example that Saudi Arabia gave a surprise and no one should rule out that Mexico does the same.

“We have to focus on ourselves. We continue to work on what is ours and we try to respect all the rivals on the field. we must play our game, our football to get the victory”.

henry martinwho started in the ownership of the Mexican team, expressed for his part that although it is said that Argentina needs the points, Mexico it also requires adding to the group to advance to the next phase.

The forward, proud of his alienation against Poland, asserted that they hope that the fans will not abandon the team and return to support as they did against Poland. “It gives me a lot of emotion to face a match of great hierarchy. We are ready for anything,” he commented.

Previous Platanito one step away from jail and is honest through tears | News from Mexico
Next Covid in Yucatan: Cases skyrocket to almost 800 in a month