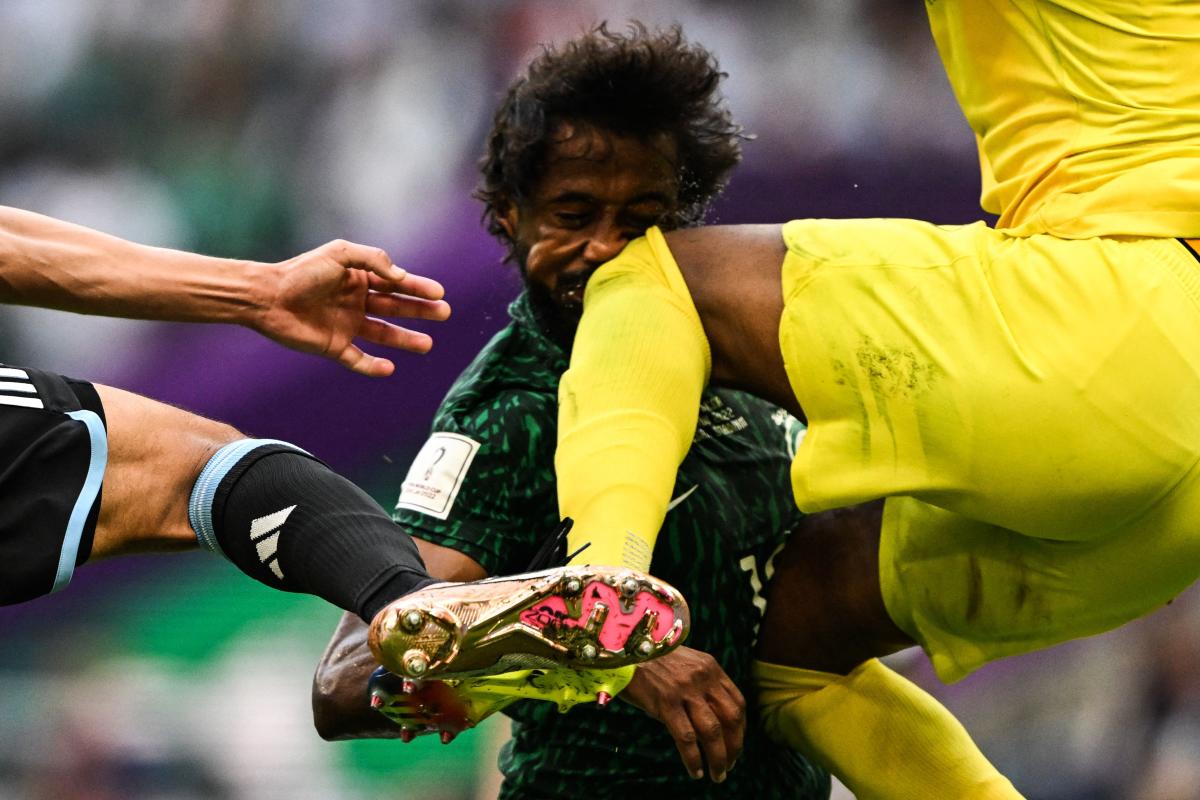 The afternoon was destined for Saudi Arabia. A historical result made Argentina lost before him saudi set on the world Cup of Qatar 2022. Neither Lionel Messi and company were able to reverse a 2 to 1 that on paper had the minimal chances. Regardless of the result yasir al-shahrani suffered a chilling injury when the game was about to end.

Now with the result in your favor, Saudi Arabia He took refuge in the low block of his midfield. The Albiceleste they turned to attack waiting for an opportunity or loophole that would give them a last-minute draw. center after centerthe Argentines they bombed the saudi area no effect on the scoreboard.

In the minute 99 of added time, yasir al-shahrani came out of exchange after receiving a shocking knee of Mohammed Al Owais, Saudi Arabian goalkeeper. the gatekeeper He went out to cut a service from outside the area and on his way took to the left side of the Asian team.

The defender received medical assistance immediately and was unable to continue in the match. The picture was creepy and the defender he lay on the grass while Mohammed Al-Owais collapsed on the ground and was consoled even by the Argentine players. The little comforting thing was when yasir al-shahrani thumb up as a sign that everything was fine. So far they have not issued a medical report and the possibility that the defender could continue your participation in the world Cup.

Perhaps the Saudi player cannot sleep tonight, but not precisely because of the blow, but because of the historical marker What did your nation get? Saudi Arabia added their first three points of the joust and left the light blue and white with zero. Asians rank with three points in Group Cin the absence of the result between the The Mexican Futbol selection Y Poland.

The greatest feats in World Cups: the biggest win, the most crowded stadium, the most winning