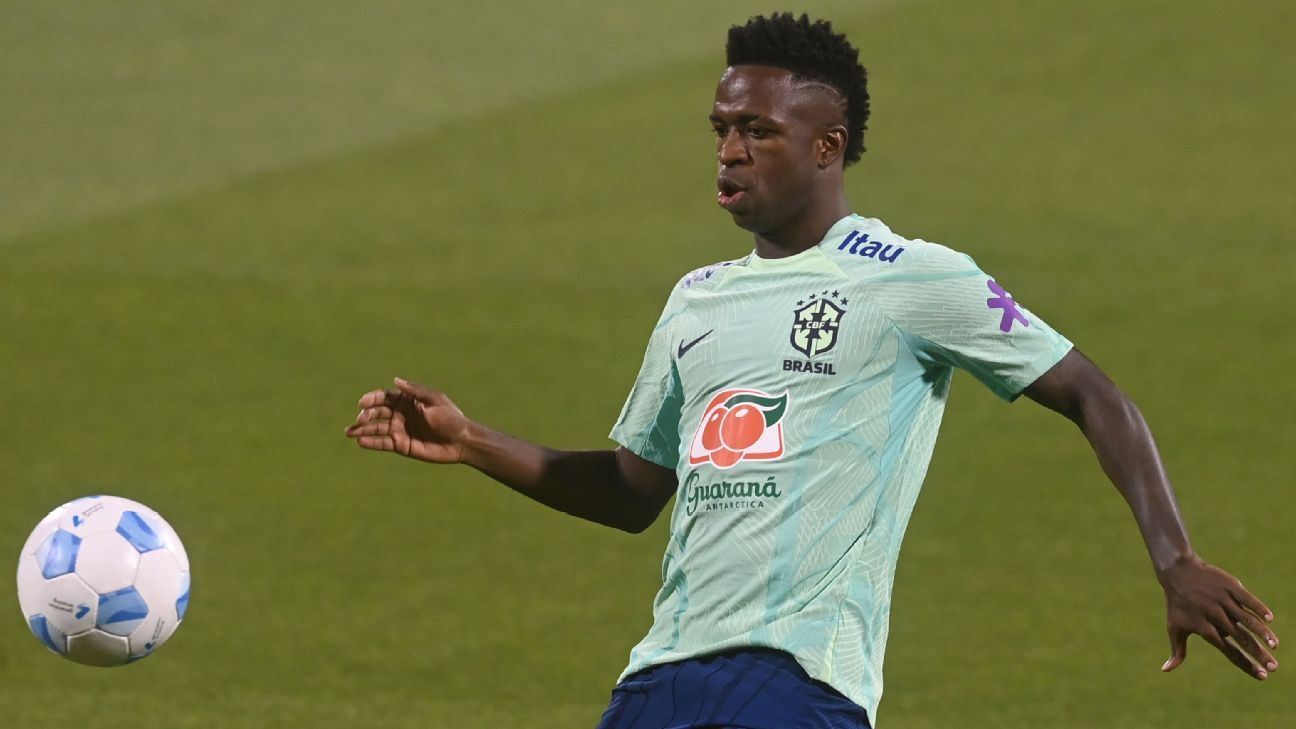 Vinícius goes from the start?

Several questions are going through Tite’s head. What to do with the sides, what nine to take out and whether to put Vinícius Júnior or not. The Real Madrid attacker is not assured of undisputed ownership in the ‘yellow green’ and his role in the team will be decided when the Brazilian coach gives the line-up for the duel against Serbia.

The situation, in the current state, suggests that Tite, in a more defensive profile, can shelter the midfield with the entry of Lucas Paquetá, as he already did against Tunisia (5-1) and against South Korea (1-5 ), the last two friendlies of the Brazilian team before the World Cup.

This would leave Vinícius out of the equation. Paquetá would act as the inside left, with Neymar in the ’10 position, Raphinha in the right profile and Richarlison or Gabriel Jesús in attack point. Behind will be the double pivot, with the position assured for Casemiro, accompanied by Fred or Fabinho.

The possible substitution of Vinícius is not a surprise within the Brazilian team. The Real Madrid footballer continues with the good inertia of the previous season at the club level, but his performance and packaging with Brazil is not similar.

While with the ‘Whites’ he goes to a goal every two games, in Brazil he has only scored one goal in 16 appearances. In fact, since his debut in November 2019, Vinícius has only played one full game -against Argentina (0-0) in November 2021- and has only started seven times.

It is therefore not surprising that Tite thinks that a footballer with Paquetá’s international experience (35 caps) could give Brazil more balance in midfield. Where Vinícius does stand out is in the management of important matches. He has played the most key rounds of the Champions League, as well as being vital in the final with a goal against Liverpool. Paquetá, for his part, has not won titles in Lyon or West Ham and in the Copa América that Brazil won in 2019 he did not participate for a minute in the semifinals or the final.

This decision, however; It can change as the tournament progresses, since Serbia, with Dusan Vlahovic, Aleksandr Mitrovic and Filip Kostic, is the strongest rival in the group stage and the one that can cause the most problems to a defense that also has uncertainties, with doubts in the wings (Alex Sandro and Danilo) and in the center of the defense (Thiago Silva or Militao).

If the result against the Serbs is positive, Tite, whose style has always turned more towards the defensive profile, can choose to attack his lineup with the entry of Vinícius. Until then, his role is in limbo.