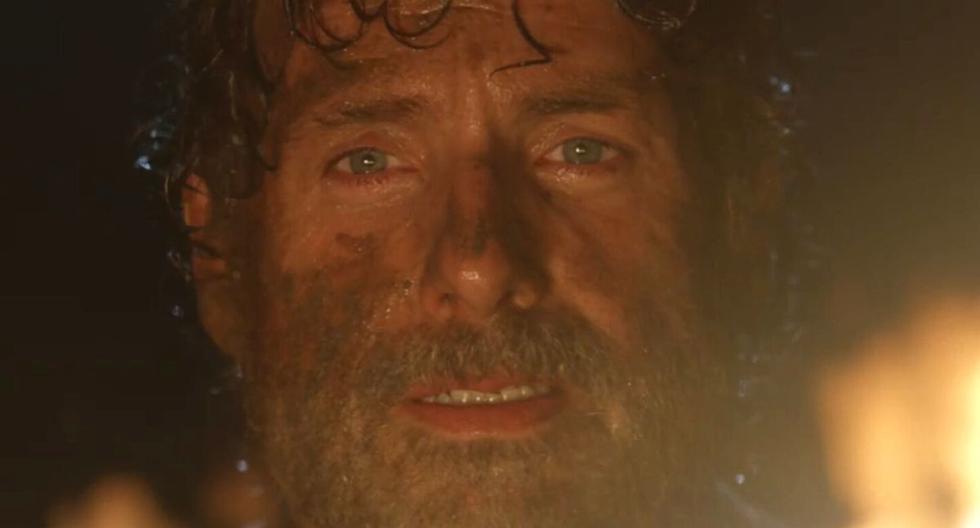 “The Walking Dead” has come to an end and the last episode confirmed that dear characters from previous seasons were still alive. Although Rick Grimes’ cameo was short, his expression at the end of the AMC series raised many questions.

the character of Andrew Lincoln left the series in season 9, when it was carried by the Civic Republic Military (CRM). Although the organization saved him, he chose to hold him captive, unable to return to his wife Michonne and his daughter Judith.

However, the reason why they keep him in prison is still unknown and will have to be answered in the spin-off in development about it.

Before continuing, take a look here. trailer for season 11 of “The Walking Dead”.

WHY DID RICK GRIMES SMILE AT THE END OF “THE WALKING DEAD”?

In the last episode of “The Walking Dead”, Rick Grimes appears in precarious circumstances: he has a long beard, is wearing a CRM jacket and is barefoot. At one point, hea helicopter arrives, which we assume belongs to his captorsbut instead of looking worried, he smiles.

One of the series executive producers, Scott M. Gimple, explained why the character made this gesture. In an interview with Entertainment Weeklysaid Rick still has the strength to fight and hasn’t given up hope..

“Rick still has some fight left. Rick is not broken yet, Rick is defiant. And Michonne is defiant. These people draw strength from this continuum of love that they have created out of nothing, or even tragedy and loss.”, he commented.

Although he is in a difficult position, he decides to smilebecause his enemies underestimate him and do not know what is to come.

“And so he’s totally fucked up there and yet he’s smiling, because he’s still got some fight in him, and he’s not putting his head down yet”, he added.