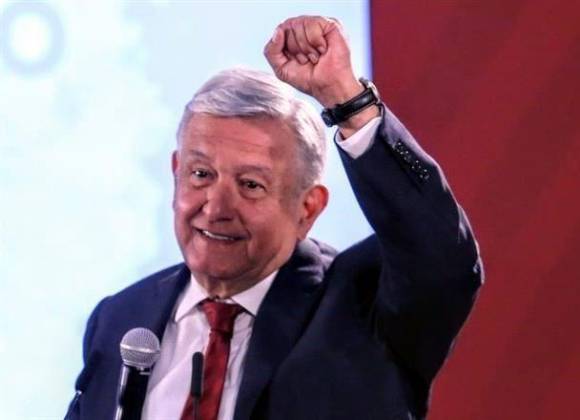 AMLO calls on the “carried” not to go out on Sunday for his march… he has 70 percent approval, he says (video)

President Andres Manuel Lopez Obrador asked this morning during the morning conference that there is not hauled on the Demonstrations on Sunday, November 27e, since people march of their own accord due to their high popularity.

At a press conference from National Palace, the boss of federal executive He affirmed that throughout the country it is accepted for his national project and that he even has information that sympathizers will come to Mexico from USA.

“People come on their own feet, of their own free will, because there are millions of free men and women who support this movement, I don’t know where they get that we are going to do an act with haulers.

If we have 70% approval, how much is 70% approval in 90 million Mexicans, 80 million citizens, like 50 million, of course they can’t all come, they won’t all be there, but that’s how we are, if we didn’t have 70% of approval, because they would have already been defeated.” held the federal agent.

IT MAY INTEREST YOU: AMLO once again promises to solve the shortage of medicines; ‘I get tired goose’, he says

Lopez Obrador commented that there is satisfaction, bliss and happiness for “to be living these interesting, spectacular times in the history of Mexico”.

“We have faced things like the war in Ukraine, the pandemic. How is Mexico before other countries? We are better. It has not fallen into frustration, the flame of hope is lit “he added.

Lopez Obrador He also took out his white handkerchief again, but no longer with the message of “corruption is over” but, remembering that “Mexico is one of the countries in the world with the least political illiteracy. That is a great achievement. It is still lacking in some sectors, but we also cannot be thinking of totalitarianism. There has to be plurality.”