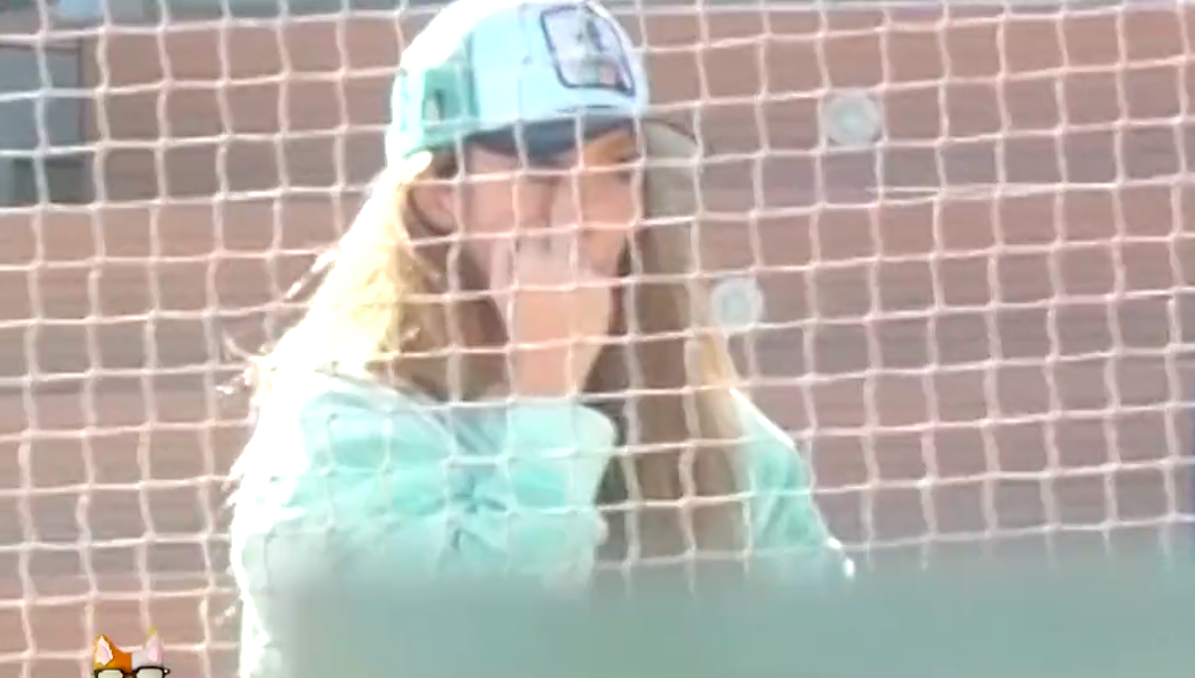 Shakira does the comb to Gerard Piqué in their last meeting

The public reappearance of the ex-partner is on fire!

Gerard Piqué and Shakira have appeared together but not scrambled at their son’s baseball game and everyone is commenting on a suspicious gesture by the singer.

What gesture has Shakira made to her ex-boyfriend?

The Telecinco program, ‘Socialité’, has broadcast the video of the great moment in which the Colombian singer scratches her eye in an unusual way.

Shakira was enjoying the game to the fullest at the foot of the field while Piqué was in the stands and, at one point and focused on the stands, the artist puts out her middle finger and puts her hand in the shape of a comb but, instead of keeping it , he scratches.

But hadn’t they reached an agreement and made peace?

Judging by the images, it seems that peace, nothing! The unexpected break between Shakira and the blaugrana Gerard Piqué has been stormy from the beginning and I would say that it continues to be.

It is evident that, if Piqué had been disloyal to Shakira with other women as has been rumored, it would not be a dish of good taste for her to see the face of the man who has done her so much damage again.

The tense negotiations have always been through both lawyers and it has taken weeks to reach the main agreement that was the priority of both, custody of their children. Shaki and Gerard are the parents of Milan and Sasha and, for the sake of the little ones, they have agreed that they go with their mother to Miami.

According to what was published, the father will go 10 days a month to be with them there and during vacation periods they will be able to travel to Barcelona with dad. It’s a great arrangement for the kids since, although they lose their routine and friendships here, they will continue to see their father regularly as well as live with their mother.

After having reached this important agreement it might seem that the waters had calmed down between Shakira and Piqué but now, in his first public reappearance in which They have coincided watching their children’s baseball game, her gesture puts her in the spotlight.

Shakira has given her all dancing, cheering, shouting and celebrating the goals and the game while Gerard seemed more aware of his mobile than anything else, judging by the images, of course. However, what perhaps the footballer has not missed is this presumed comb of his ex who, covertly, scratches his eye with his middle finger.

I don’t know if it’s really a comb, but I understand that the tabloids echo it because the gesture is not too natural, we normally scratch our eyes with other fingers and without that specific gesture in between, also, andIn the middle of a pitched battle and with Clara Chía in the middle, it would not be surprising that when she saw her ex-boyfriend, Shakira did not want to lose her temper in public but she could not suppress her desire either. to plant that gesture all over his face.

It may interest you…

Previous This is the luxurious restaurant in Abu Dhabi where Sebastian Vettel said goodbye to F1 and dined with ‘Checo’ Pérez – El Financiero
Next Matches today: England vs. Iran, live matchday 1 of the World Cup in Qatar 2022