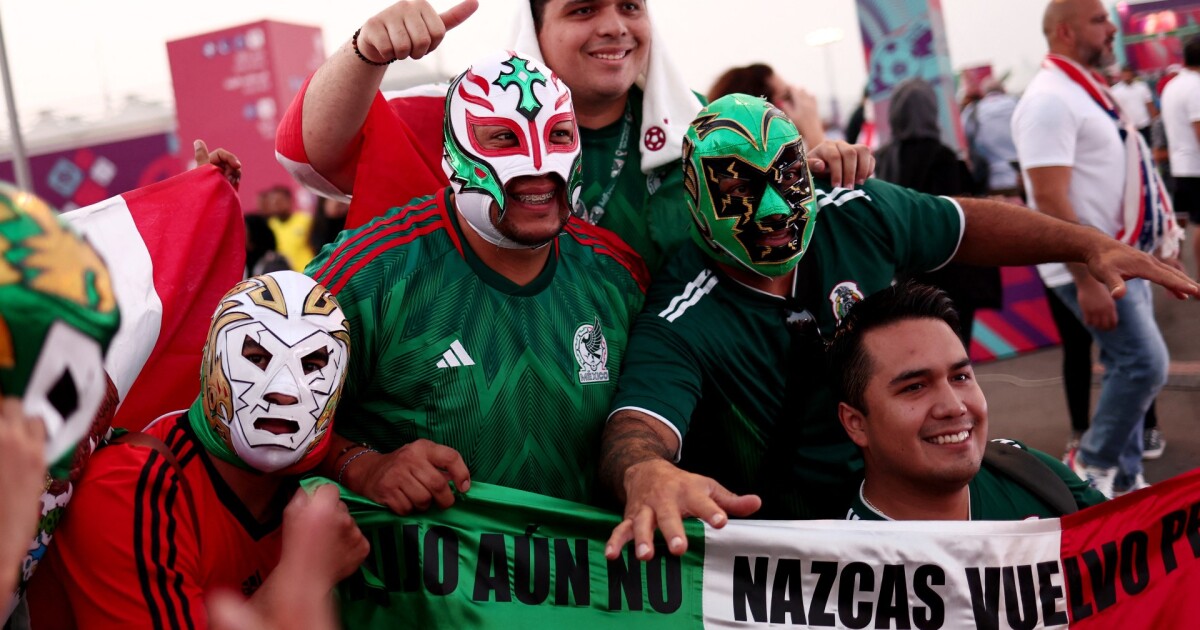 Mexicans dance to the rhythm of ‘Rodeo Clown’ in Qatar 2022

The Qatar World Cup 2022 It had its inauguration ceremony on November 20 at the Al Khor Stadium with the rhythm and color that only the most important sporting event of the year deserves. As always, the Mexican fans will be one of the most peculiar.

Mexico It has been characterized in the last World Cups for being one of the delegations that summons the most fans, an example of this is Qatar 2022, Thousands and thousands of Aztec fans had already turned the Asian country into a real party and the event had not yet started.

To the Rhythm of a Rodeo Clown

A group of fans turned the night into Qatar 2022 In a real Mexican party and to the rhythm of Rodeo Clown they danced in the street before the surprised gaze of people from other parts of the world, including, in the video you can see a foreigner accompanying them in the peculiar dance.

The Mexicans have already arrived. #Qatar2022 and they couldn’t resist the desire to dance with their friends and compatriots. As if they were the fifteen of the cousin, Qatar feels the footsteps of the “Rodeo Clown”. pic.twitter.com/SnzVVC1ukR

With the large and illuminated buildings in the background, the Mexican fans colored Qatar 2022 With the traditional dance, in the video you can see the group of fans enjoying the most important soccer party. Among the comments that the video unleashed the following could be read:

“That’s the only cool thing that Mexico takes to the World Cups, its people, its fans always leave a mark everywhere hahaha because the national team and more in this World Cup is just not going to give one,” commented a user about the video.

In the same way, the comments on the video continued to be very positive with the way of experiencing the World Cup. Qatar 2022.

“We are happy, the best fans in the world, we bring the party inside, hopefully the National Team responds with victories, Viva México,” wrote one user.

The group C matches of the World Cup in Qatar 2022