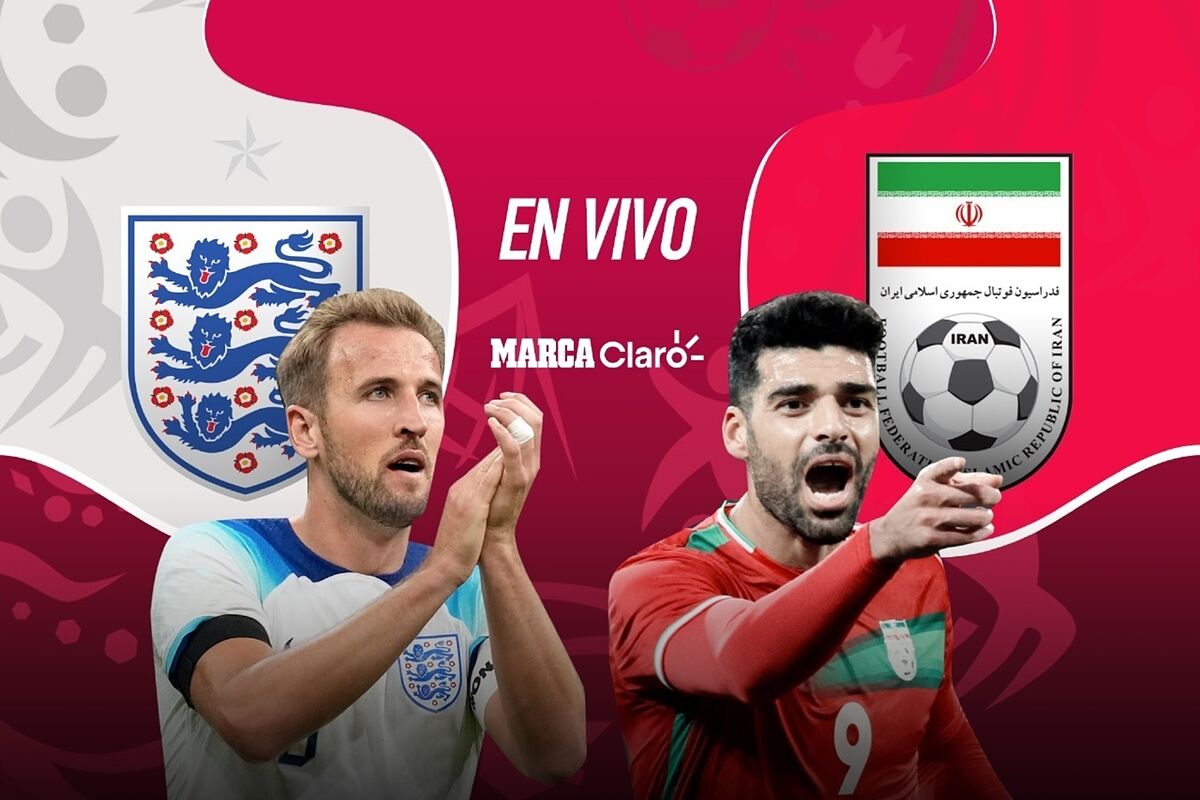 Matches today: England vs. Iran, live matchday 1 of the World Cup in Qatar 2022

min 43 | England 2-0 Iran | ENGLAND GOOOOOOOOOOOOOOOOOOL! SAKA’S GOLAZOOOOOOOOOO! After a corner, Maguire leaves the ball to Bukayo Saka who shoots from mid-range with a powerful left foot to beat the rival goalkeeper.

37 min | England 1-0 Iran | The 19-year-old opened the scoring after rising above everyone else to head into the back of the net from Shaw’s cross.

min 33 | England 0-0 Iran | Close to England again. Maguire finishes off with a header near the penalty spot after a corner but the ball hits the crossbar.

30 min | England 0-0 Iran | How close England came! Mount receives a great pass from Sterling inside the box and shoots wide of the right post. They will go out of the door.

26 min | England 0-0 Iran | Saka tries it with a shot from the edge, but the ball went into the hands of Hosseini.

25 min | England 0-0 Iran | The first yellow of the game arrives and it is for Alireza Jahanbakhsh for a stomp on Shaw.

21 min | England 0-0 Iran | Iran begins to put pressure on England, without much danger, but they already have more presence in the rival area.

19 min | England 0-0 Iran | The change in the Iranian goal is given and Hossein Hosseini enters.

16 min | England 0-0 Iran | I always know there will be a change of goalkeeper in Iran. Beiranvand cannot continue, after the game resumed the goalkeeper asked for his change, he lay down on the grass and will have to go out on a stretcher.

15 min | England 0-0 Iran | After several minutes the game resumed and Beiranvand remained on the pitch.

10 min | England 0-0 Iran | The game is still stopped while they try to stop the bleeding in the nose of goalkeeper Beiranvand.

min 8 | England 0-0 Iran | The game is stopped momentarily for the assists to review the Iranian Hosseini who collided face to face with the goalkeeper Beiranvand in the previous play.

Min 7 | England 0-0 Iran | The most dangerous of the game so far has arrived! First set piece of the game in favor of the English that Trippier charges, filters Kane and he sends a great cross that Maguire does not finish off well.

Min 5 | England 0-0 Iran | England maintains control of the game and the ball is disputed in the opponent’s zone.

min 00 | England 0-0 Iran | Group B of the World Cup is underway with the match between England and Iran kicking off at the Khalifa International Stadium.

England is already warming up on the field

Gareth Southgate’s team already perform warm-up moves on the court. We are very close to the start of the game.

This is what the team dressing room looks like

England and Iran are ready for their first meeting and everything is ready in the dressing room of the Khalifa International Stadium for them to jump onto the field. The English will do it in their traditional white uniform, while the Iranians will do it in red.

The England team has a list his first starting lineup of the Qatar 2022 World Cup with Harry Kane at the helm.

Carlos Queiroz has released the 11 holder with which he will face England in his World Cup debut.

Where to watch the England vs Iran match live?

The clash between England and Iran is one of the matches that They are broadcast exclusively on SKY. You can join us in BRAND Clear with all the details minute by minute.

GOOD MORNING!!! Welcome to the world soccer party, this time with the minute by minute of the match between England and Iran, corresponding to Group B of the Qatar 2022 World Cup, which will be played at the Khalifa International Stadium.

The wait is over and both teams will have their debut in the fair after months of preparation, the English team being the favorite to take the three points home, as one of the European teams called to be protagonists of the tournament.

The ensemble directed by Gareth Southgate is obliged to start his participation with a victory before an Iranian squad that will try to give the first bell of the competition, looking to overcome, for the first time in history, the group stage.

So you’re all set to get the ball rolling, so they cannot be detached from MARCA Of course, with the actions of this vibrant party.