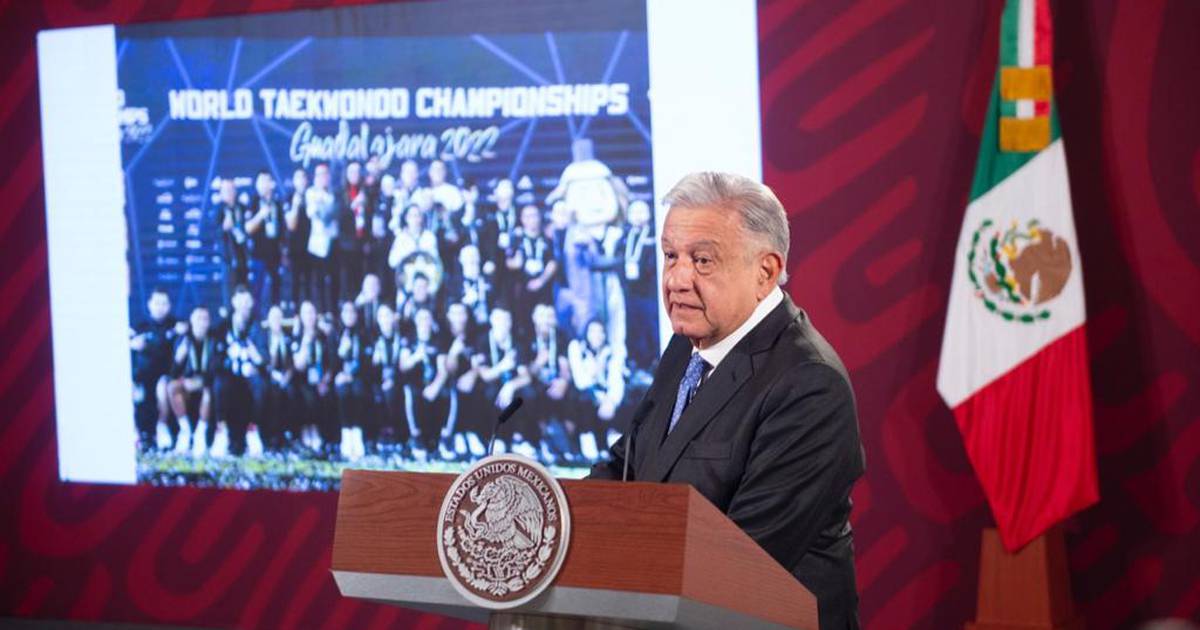 President Andrés Manuel López Obrador responded this Monday to the call for a ‘pink tide’ by the opposition the same day that he will lead a demonstration from the Angel of Independence.

“If they are going to dress in white, pink, or blue, then everyone is free,” he said in his “morning” conference.

López Obrador insisted that the opponents oppose the transformation of Mexico because they are defenders of corruption.

Opposition figures like Claudio X. Gonzalez they called to join a movement next Sunday.

“Just wear pink and white and go about your normal life. whatever you do but pink and white dress. Let’s paint all the cities of the pink tide”, is the message with which the demonstration is promoted.

AMLO will organize the march from the ‘morning’

The president announced that he will use his press conferences this week to inform the population about the demonstration, so that the contingents are organized “because if not, we will not be able to walk.”

“I would very much like the founders (of the movement) to be there, those who have been fighting for years to make this dream come true. In the case of them, also ask them if they are old, due to their state of health, to wait for us in the Zócalo,” added the president.

The head of the Executive announced that the march on November 27 will start from the Angel of Independence at 9:00 a.m.

“Don’t come hauled! People come on their own feet, of their own free will, because there are millions of free men and women who support this movement, ”he pointed out.

#InTheMorning: @lopezobrador_ invited citizens who “are in favor of transformation” to participate in the march on November 27: “it is an act for the progress that has been made (…) It will be festive, joyful, I would not say triumphant, but very satisfying”. pic.twitter.com/vlqZd62fVA

Previous England and US fans face ticket issues
Next Astronomers have discovered an intriguing structure behind our galaxy, the Milky Way – Enseñame de Ciencia