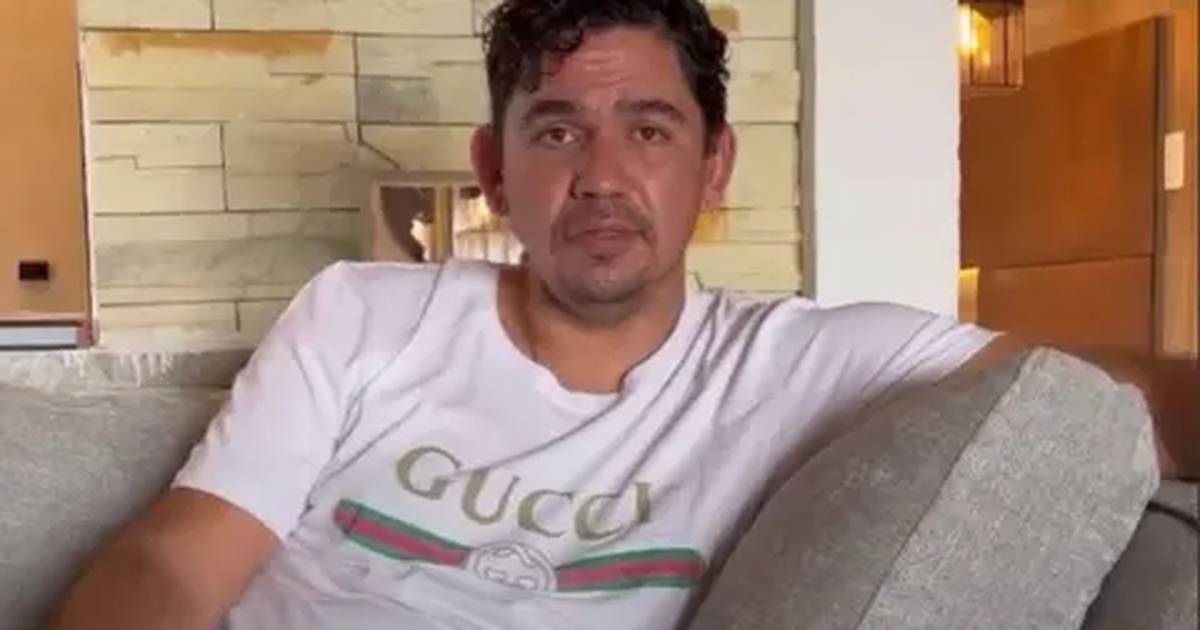 In a video that circulated on social media, Jose Alfredo Hurtado, “El Fresa”, one of the leaders of the criminal group The Michoacan Family argued that the attack San Miguel Totolapan had as its objective to kill him, the mayor Conrado Mendoza Almeda and his father, Juan Mendoza Acosta.

In the recording, which lasts 10 minutes and 12 seconds, José Alfredo Hurtado Olascoaga “The strawberry” recognized that the massacre unleashed in San Miguel Totolapan had the intention of killing him as well as the mayor and his father, but assured that all the aggressors were already killed.

He regretted that in the violent acts “many innocent people died”.

The criminal leader was recorded sitting comfortably in a roomwith a shirt and panties, from where he mentions that it is not a common practice for him to make videos or broadcast on social networks.

In the video, he explained that those who were murdered were in a meeting to attend precisely municipal security issuesto which he also attended, but when he was about to arrive at the meeting the shooting broke out and those who were gathered had little security equipment and did not carry weapons, “because San Miguel Totolapan was a peaceful town where people lived quietly”.

Alfredo Hurtado confessed that he lives one block from the municipal presidency, and that the locals know it, “I don’t know who, but someone from the town betrayed us”, he assured.

At the meeting were not only municipal authorities, but also commissioners and members of the self-defense which was formed since 2015 to expel Los Tequileros from the area.

The intention was to propose a strategy to defend itself after the announcement, a day before, also on video, about the return of “Los Tequileros” to that area.

For that reason, assured Hurtado Olascoaga, they handed them a cheat “well donebecause I arrived at the meeting in an armored van, I was never armed because I don’t use weapons, in addition to the fact that the town seemed very quiet to me”.

He emphasized that “the armored” saved him, because “those bastards ate cravings because they wouldn’t let me down, if they had let me down right now I’d be among the dead, I barely managed to get out and they left the truck in pieces”, and acknowledged that he was overconfident, because he never thought that someone would dare so much.

In his account, he mentioned that he left the place heading for the mountains, and that he had gunmen stationed along the way, who protected him as he passed and They surrounded the attackersso he assured that everyone is dead.

Recognize that for the annoyance he had did not leave anyone alive“I was very upset there and the truth we didn’t leave a single bastard there. I decided that they did not even deserve to be buried, because they blew up the fence when they entered that town, which was a very quiet town”.

I also send a message to the population of San Miguel Totolapan: “You have to be calm in San Miguel, because all those who entered are already deadtwo or three will have left but they are wounded, they leave blood and everything, they are some who were in a combi and who were not able to get off ”.

In the final stretch of the video, Alfredo Hurtado “El Fresa”, assures that the leader of “Los Tequileros” is the former local deputy Saul Beltran Orozcowho was also municipal president of San Miguel Totolapanin the period 2012-2015 and local deputy in the period 2015-2018

Previous The detail that makes O Rei Pelé’s VW Beetle unique
Next Victor Garber: the engineer who apologized for the sinking of the Titanic and confessed that his filming lasted an eternity