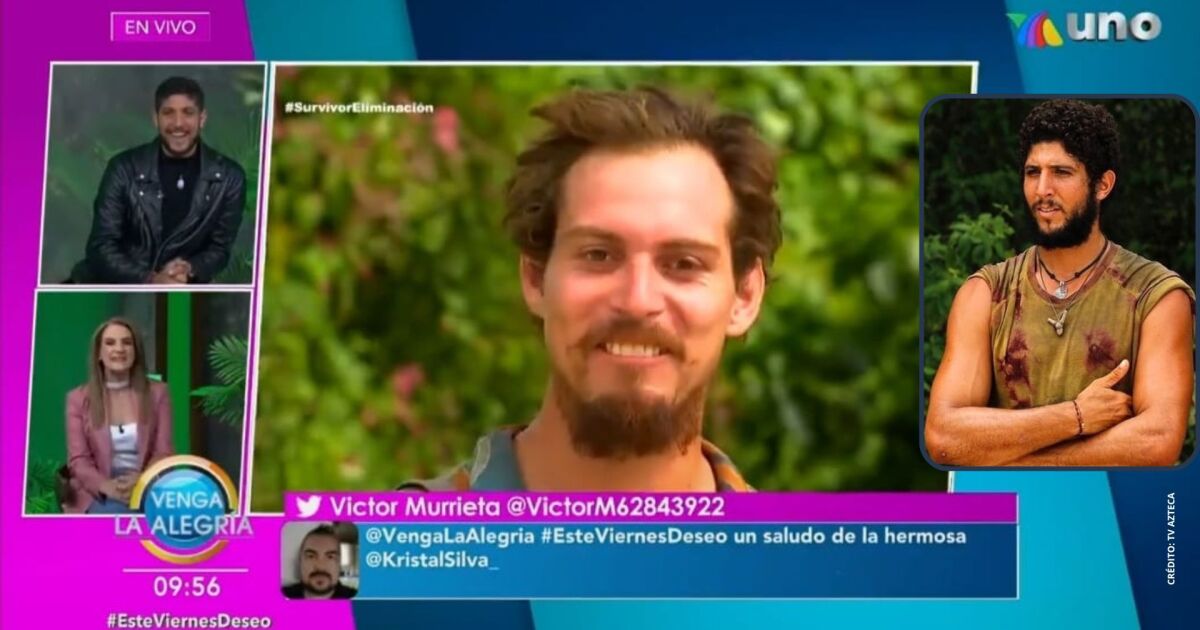 Yusef and Cuchao face to face

Cuchaorecently removed from Survivor Mexicolinked to our Venga la Alegría forum this morning from the beaches of the survival reality show.

Yusefwho was in the VLA forum, confronted Cuchao in the link with a

forceful message about his controversies and betrayals within the tribe.

“I tell you here: I am seeing everything you say about me when I was inside. You say that I sucked, that I was not trustworthy… the net hurt me. I never spoke bad things about you. She hurt me because almost all the things you said were lies. It hurt me that you were not congruent, ”she said exclusively.

“You are one of the people who smelled the most ugly in there and I never said anything. Your sneakers stank from miles away. That hurt me, that you said those things when I wasn’t present. It made me very cowardly,” she continued.

VIDEO: Dear winner of Survivor Mexico comes out in defense of Yusef.

After Yusef’s departure from Survivor Mexico, Cuchao he spoke ill of the biologist after his elimination and throughout the season. Faced with Yus’ forceful claim, the participant offered an apology in exclusive to the microphones of this program.

“We have to understand that we were in a very difficult situation. With the same pants I said it… I ask you for an apology from brothers and gentlemen. we all know that Survivor Mexico it’s out of real life. I offer you my hand in case you want to take it outside for a friendship, ”she declared.

Cuchao has also presumed to be the one who eliminated Yusefbesides being the main creator of the strategy against him.

“I blew up and said it…nothing is personal brother, I offer you a public apology if I offended you. Later we will talk if you like”, concluded the recently eliminated from Survivor Mexico.

Cuchao is eliminated by Kenta from Survivor Mexico.

Previous AMLO says to Arturo Zaldívar
Next King Carlos III on his fingers: “they are like sausages”