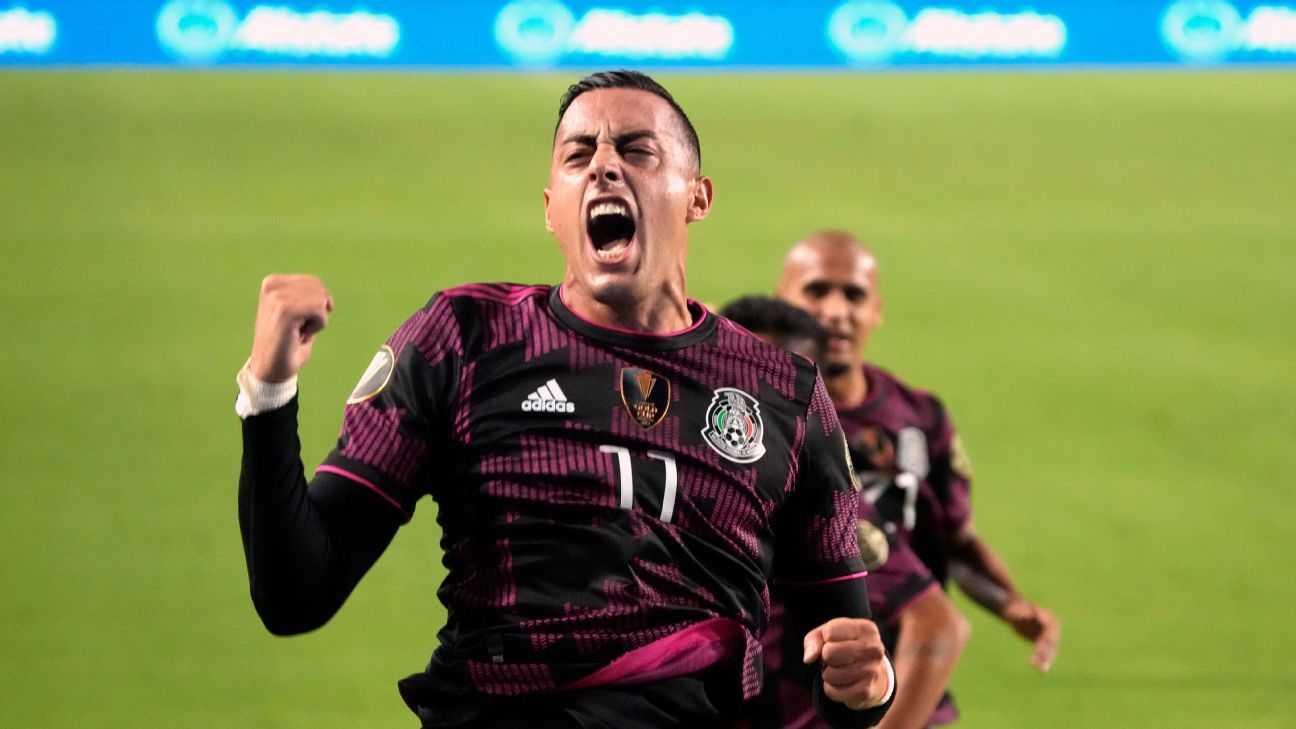 Who are the eleven forward centers that ‘Tata’ Martino has called the Mexican National Team?

Of the eleven center forwards who have appeared on ‘Tata’ Martino’s list, four are fighting for a place in the Qatar 2022 squad.

The global process Gerardo Martino with the Mexican team Course to Qatar 2022 It has become controversial regarding the choice of the three forward centers that ‘Tata’ will have on the final list. However, to reach the final call, the Argentine experimented with eleven footballers who play as ‘9’ throughout his management with the Aztec team.

Those who fight for the Qatar 2022 World Cup

In addition to being the center forward who has used the most ‘Tata’ Martino in his management, he is also the one who has participated in the most goals with the Argentine on the bench of the Mexican team, with a total of 14 goals and 11 assists, in the 2,200 minutes he has on the pitch. However, he is currently injured.

The naturalized Mexican adds a month without activity due to injuries that have marginalized him from the playing fields. However, he remains among those summoned by the ‘Tata’ Martinowho has him as the second center forward with the most participation in Mexico with a total of 1,028 minutes, in which he has scored five goals.

With five annotations and an assist in 675 minutes of play with the Mexican team of ‘Tata’ Martinothe soccer player America He is in third place among the forward centers with the most participation in El Tri, in addition to having in his favor that he is currently fighting for the scoring championship of the Opening 2022.

Of the four center forwards fighting for the three places for the World Cup Qatar 2022‘Chaquito’ is the one with the fewest minutes ‘Tata’ Martinowith 402, in which he has scored two goals and given an assist in the seven matches he has registered with the biggest team in the league Mexican team.

The other ‘9’ that ‘Tata’ Martino has summoned

The youth squad Chivas was outlined to be one of the strikers of the Mexican team in World Cup Qatar 2022but the injuries, accompanied by inactivity, took him away from El Tri in recent months. Jose Juan Maciaswith the set of ‘Tata’ Martinoadds 263 minutes in five games in which he recorded four goals.

He was one of the last to leave the deck of center forwards of the ‘Tata’ Martino and he did it due to an injury that marginalized him from 2022. Before said problem, the attacker of the Sporting Kansas City he had 249 minutes, in which he could not participate in any scoring.

The relationship between ‘Chicharito Hernandez Y ‘Tata’ Martino It has been one of the controversies that have accompanied the management of the Argentine in the Mexican teamsince Hernández has not been considered since 2019, so the youth squad Chivas He only had three appearances, in which he added 180 minutes and two scores.

The youth squad Queretaro was considered by ‘Tata’ Martino to play the friendly duel on October 3, 2019 against Trinidad and Tobagoin which he spent 63 minutes on the pitch, without being able to score.

The ‘Mudo’ has played three commitments under the command of Gerardo Martinowho has given him 60 minutes of play, time in which the attacker of Saints could not make notes.

The current attacker Necaxa he only has one game with the national team ‘Tata’ Martinowhich he played on October 3, 2019 against Trinidad and Tobagoin which he only added 16 minutes of play.

He was the last to join the list, since the ‘Tata’ Martino he called him up for the warm-up match against Paraguay on September 1, but the youth squad Chivas He stayed on the substitutes bench.

Previous How much do you earn in a tortilla shop? He generated fury for his generous salary
Next What is the Pacific Ring of Fire? The attacker asked the Chivas fans not to be offended by his celebration, pointing out …