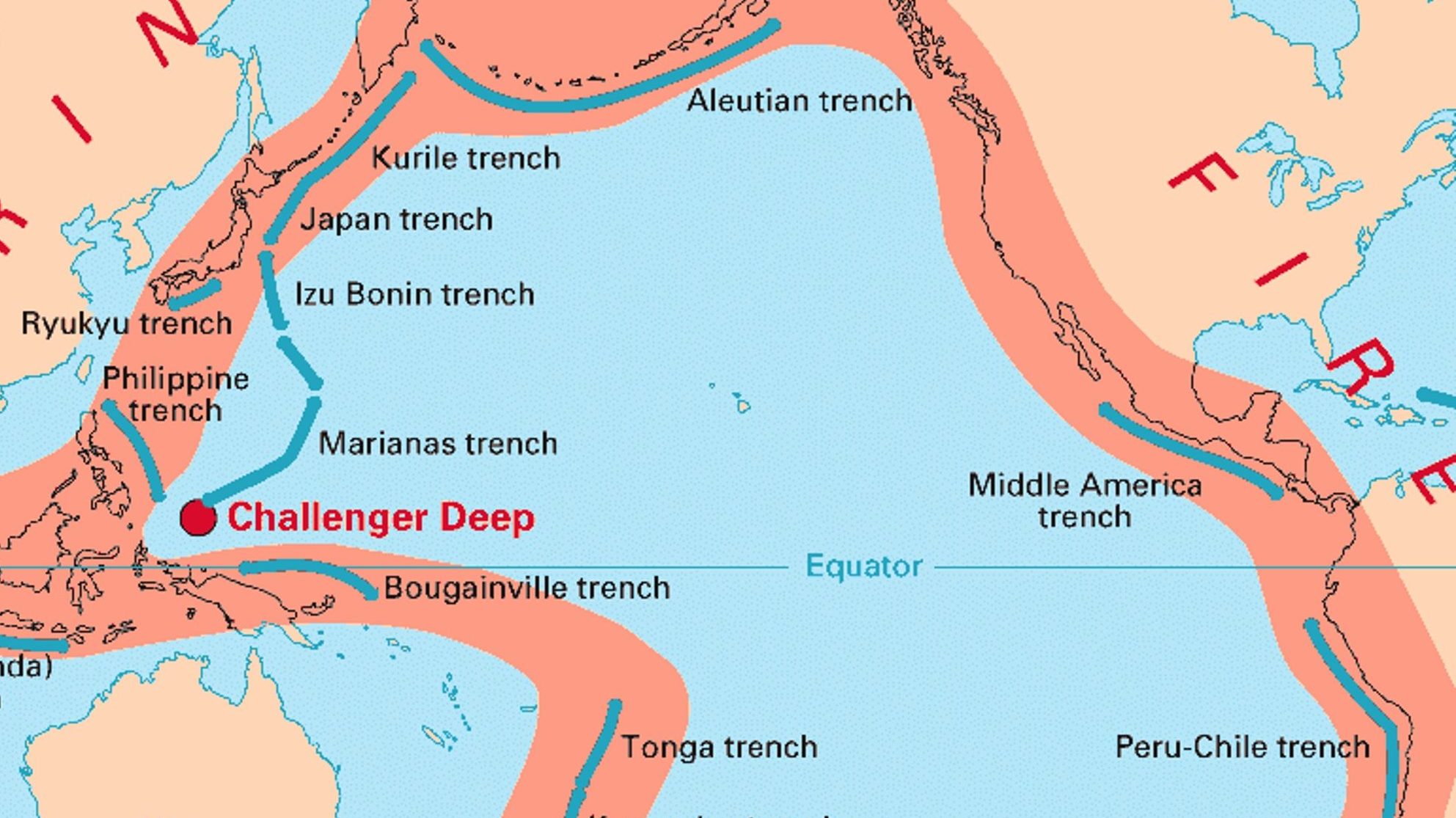 What is the Pacific Ring of Fire and how does it work?

The countries with the most earthquakes, according to the US Geological Survey. 0:57

(CNN Spanish) — Nearly 90% of earthquakes occur in the same place: the Pacific Ring of Fire, an area of ​​about 40,000 km that includes areas such as the Andes, the west coast of Mexico and the United States and Japan, and which is also where records the highest volcanic activity on the planet.

In the Belt or Ring of Fire there are several tectonic plates —solid slabs of the earth’s crust that are in movement— such as the immense Pacific plate and those of the Philippines, Juan de Fuca, Cocos and Nazca, which are maritime plates.

These plates are in continuous movement and when they meet the continental plates, they collide and one gets under another, in a process that in Geology is called “subduction”, volcanic eruptions and earthquakes can occur that affect the territories. Collisions and landslides can also happen between plates on the ocean’s surface, producing earthquakes and volcanoes there.

Chilean geologist Felipe Matthews explained to CNN en Español that in his country, for example, earthquakes are associated with “fractures that can occur as a result of the plate that comes from the Pacific that is getting under the continental plate.” In this process, great pressure is exerted that can lead to a megafracture that gives rise to earthquakes.

The Pacific Ring of Fire is always active because the plates are in constant motion. The Nazca plate, for example, moves between 3 and 5 cm per year, according to the expert, and although this figure may seem small, the truth is that this plate that is located off the Chilean coast is the one that moves with more quickly and in terms .

The fact that this large area shares a name does not mean that an earthquake at one point will trigger another at a different point or that earthquakes happen at the same time in different places in the belt. In fact, according to Matthews, “it is not often that there are large earthquakes in unison in different areas, for example in Ecuador, Peru and Chile” or even in different areas of a country like Chile. In other words, the fractures usually occur independently.

“I wish we had tremors every day”

When an earthquake has not been recorded in a region of Chile for many years, the feeling of experts is not relief but concern, says Matthews. The absence of movement indicates that energy is accumulating and, if it happens for a long period of time, this theoretically increases the chances that at any given moment there will be a larger magnitude earthquake since the earthquake is, in short, a “violent release of Energy”.

“I wish we had tremors every day. Degree five, degree four, degree three,” he exemplifies, since “as I release energy, the chances of energy accumulating decrease, obviously. And that makes it decrease the possibility of an earthquake” of greater magnitude.

The Pacific Ring of Fire, scene of tragedies

Some of the worst earthquakes in recent history have occurred in this region, including those in Chile in 1960 and 2010, the one in Alaska in 1964 and the one in Japan in 2011. Also the one that produced the devastating tsunami in the Indian Ocean in 2004.

After the Pacific Ring of Fire, the next most seismically active region is the Alpine Belt, which stretches across the Mediterranean to the east through Turkey, Iran and northern India. In this region, according to the USGS, between 5 and 6% of earthquakes are concentrated.

The name of the Pacific Ring of Fire, also known as the Ring of Fire, is not accidental and refers to another phenomenon of nature that is especially concentrated in this area: volcanoes. Roughly three-quarters of the world’s volcanoes are within the belt, according to the Encyclopedia Britannica.

Effects of Tonga volcano eruption expected to last for years 1:29

This includes both volcanoes on land and submarines, which are those that are underwater. In fact, according to Oregon State University (OSU), “the most active volcanic systems on Earth are hidden under an average of 2,600 meters of water.”

This year we had a clear example of the power of these volcanoes with the eruption of Hunga Tonga-Hunga Ha’apai, located near Tonga, which was probably the largest recorded anywhere on the planet in more than 30 years, according to experts.

With information from Angela Reyes