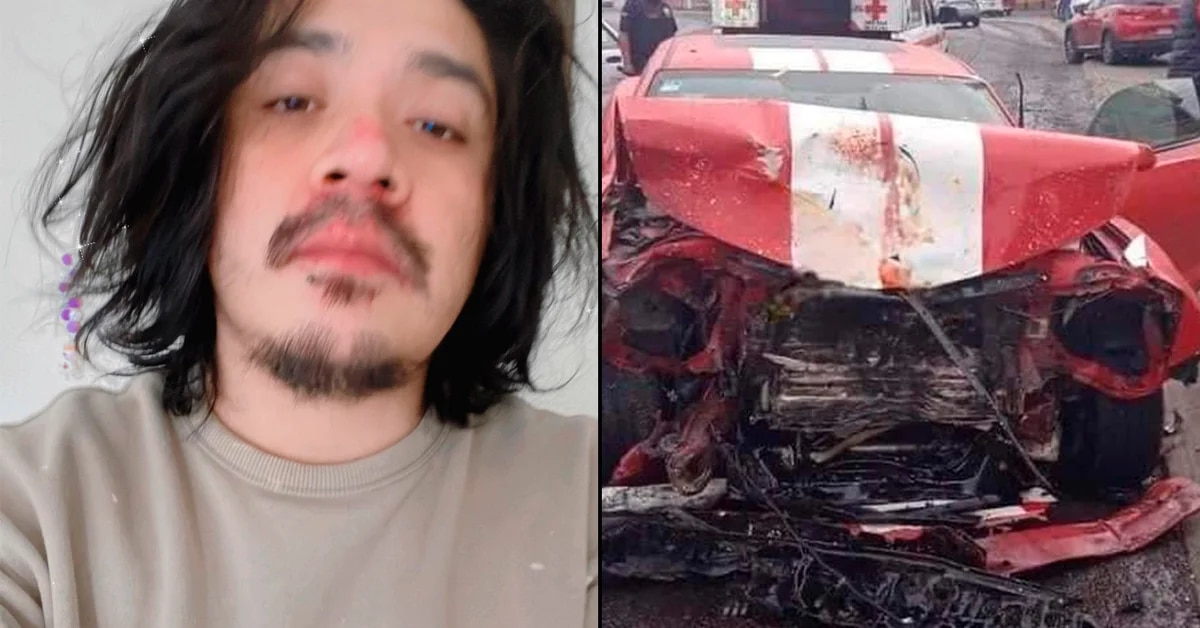 What is known about Heisenwolf, the youtuber accused of causing a tragic road accident 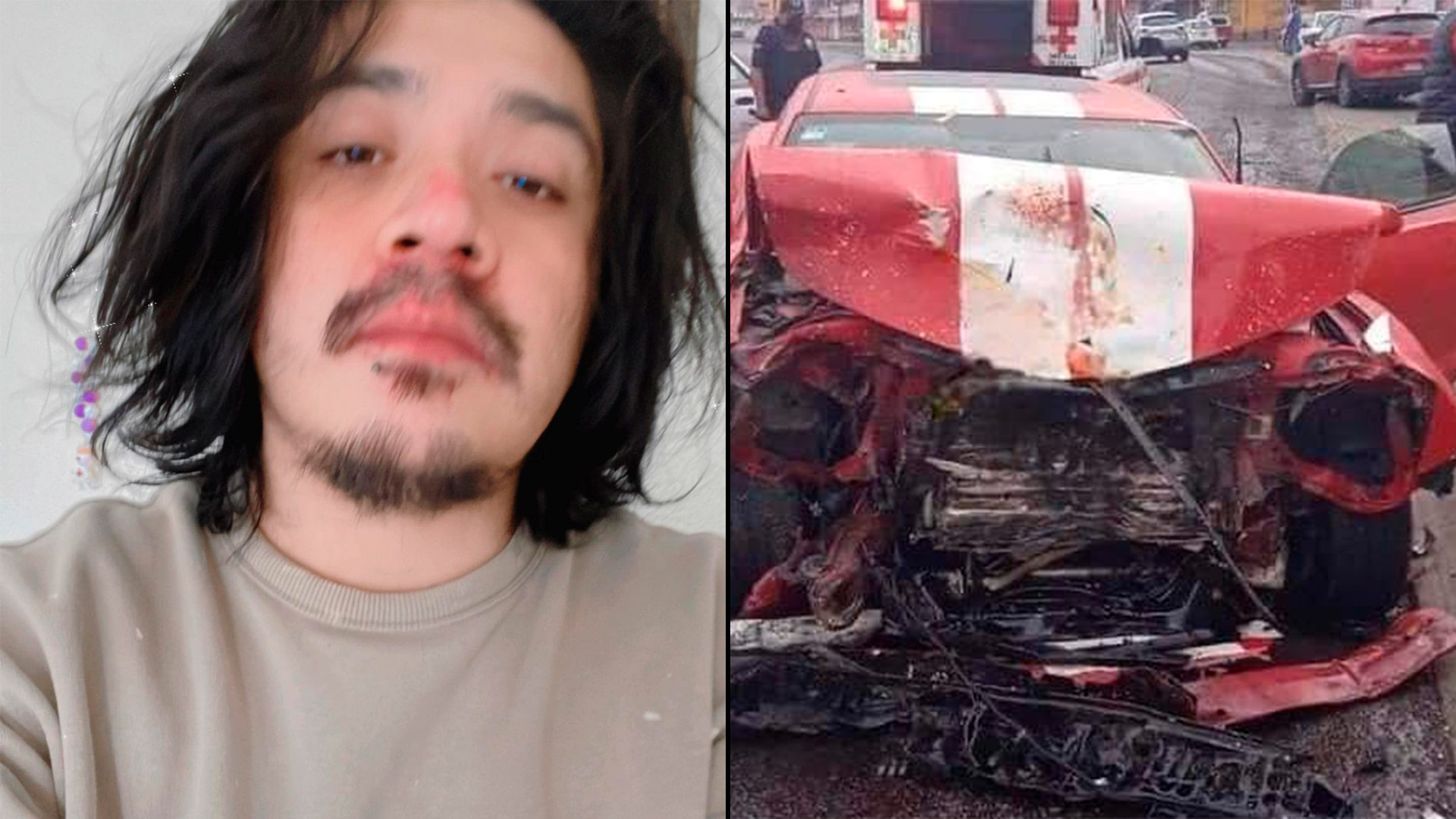 The alleged person responsible for the accident with six fatalities is still hospitalized Photos: Ig/@heisenwolf , Special,

According to the Attorney General of the State of Mexico (FGJEM), on September 18, three men and three women died during a car accident on the highway Atlacomulco-Acambay.

The victims were traveling in a taxi type Tsuru who was hit by a Camarowhich was allegedly driven by beloved amirknown as Heisenwolf. According to an information card from the FGJEM issued on September 21, the youtuber is still hospitalized and requires foot surgery, for which he will be transferred to the Mexico City (CDMX) when there are conditions for it.

In addition, on September 20, his freedom was decreed with legal reservations, this means that even does not have an arrest warrant but he is fully identified as the alleged person responsible for the road accident. 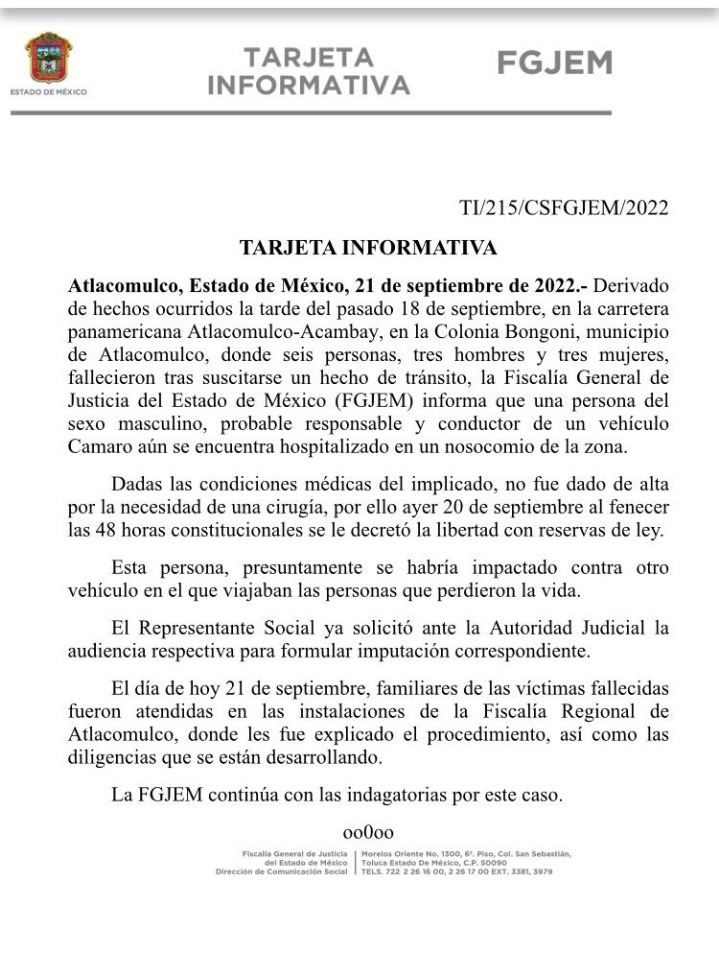 (Photo: Attorney General of the State of Mexico)

“The Social Representative has already requested the respective hearing before the Judicial Authority to formulate the corresponding imputation,” the card read. The date for this imputation is set for next Wednesday October 5th.

“Today, September 21, relatives of the deceased victims were treated at the facilities of the Atlacomulco Regional Prosecutor’s Officewhere the procedure was explained to them, as well as the proceedings that are being carried out, ”said the FGJEM statement.

The accident occurred because a young youtuber was traveling in the Camaro red color and apparently invaded an oncoming lane, so that it collided with the other car that had a taxi chromatic and in which the people who died were found. 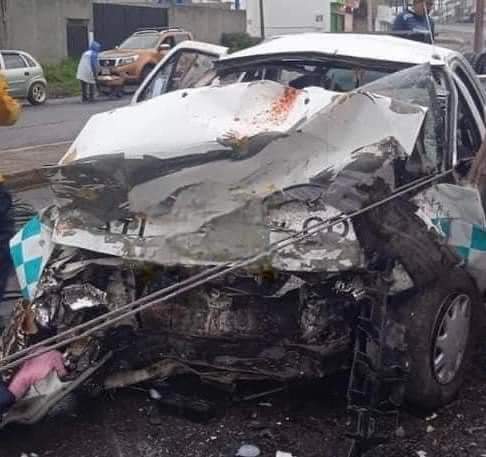 This is the vehicle in which the victims were traveling (Photo: Special)

Unofficially it was reported that among the people who lost their lives was a under 10 years old, as well as a 30-year-old woman and a 56-year-old woman, while the deceased men were 26, 62 and 35 years old.

The Single Union of State Workers and its Municipalities (SUTEyM) shared a publication on its social networks in which it regretted what happened and expressed its condolences for the death of Juana Mondragón and María Fernanda, companion and daughter of the Atlacomulco Regional Hospital, who They presume they are the minor and the 30-year-old woman who lost their lives after the crash.

The Heisenwolf channel has been active for four years. Its content covered a variety of topics, from comic analyzes of Guadalupe’s roseto the origin of memes, in a format known as In less than three minutesin which he summarized the different aspects of the matter in question. 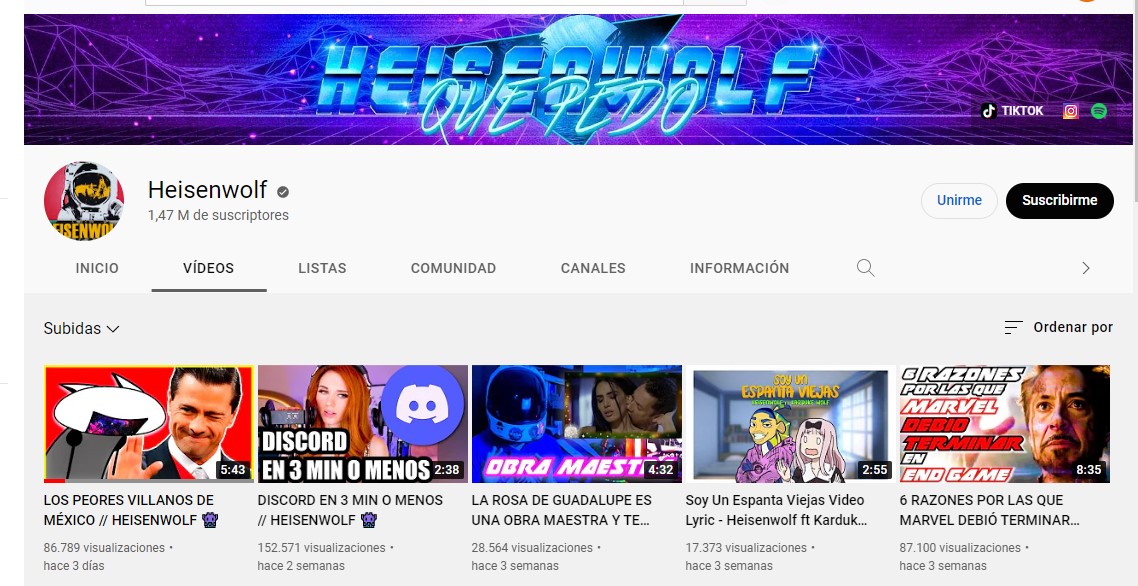 His best-known videos are those of the “In three minutes or less” format (Photo: screenshot)

Amir currently accumulates 1.47 million subscribers on his YouTube channelwhile on Instagram it adds 115 thousand and on TikTok 160 thousand.

Since the event emerged on social networks, Internet users have used their social networks to make angry comments on the different profiles of the youtuber, as they say they are outraged by their apparent lack of responsibility. Heisenwolf’s last post on his Instagram account was almost two months ago, but his last YouTube video was uploaded on September 15 for Mexico’s Independence Day. The title was The worst villains of Mexico.

After this accident, some users on social networks recalled the other cases of content creators who have been in the eye of the hurricane due to their problems with the authorities, such as the tiktoker flabby marquezwho was responsible for closing the road of the Matute Remus bridge in Guadalajara last Friday, July 8, for which he had to donate 35 thousand pesos in kind to a shelter.

Fofo Márquez will have to donate 35 thousand pesos to close a bridge in Jalisco
Octavio Ocaña: the pending capture that could help solve the case
What José Eduardo Derbez said to the version that Vadhir injured Eugenio Derbez