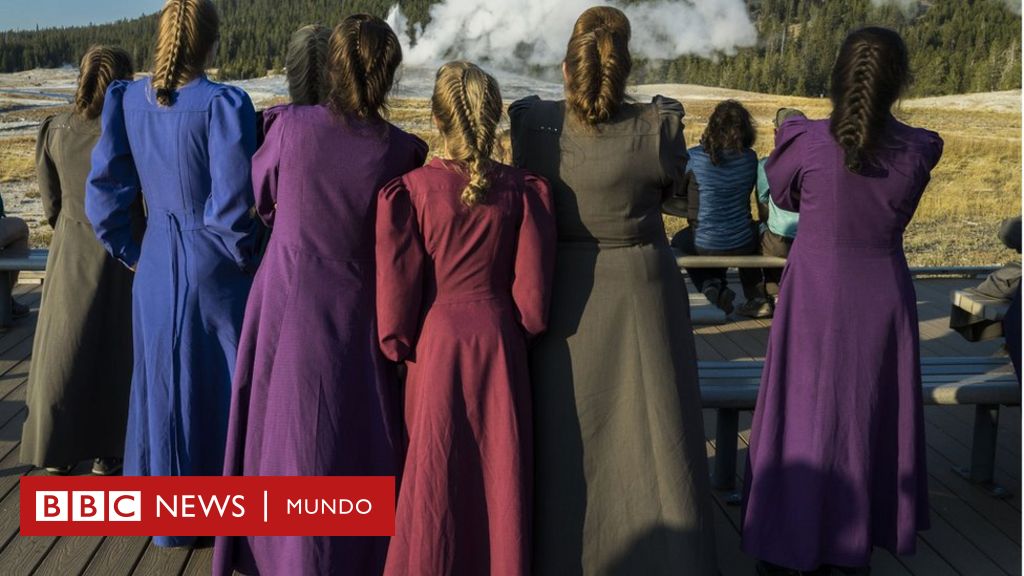 The Kingston clan, the polygamous and inbred splinter sect of Mormons accused of rape, incest and slavery

Warning: this story contains information that may hurt the sensitivity of somes readers

Blaklyn was 16 years old in 2020 when she was forced to marry her cousin Travis and immediately became pregnant.

She was subdued, without decision-making power over anything in her life. Her destiny was to perpetuate the “pure Kingston blood” and obey the designs of her husband 11 years older than her.

On some occasions, Blaklyn would wake up in the middle of the night while her husband was abusing her. She couldn’t complain. Within the Kingston clan, male sexual desires within marriage must be followed and cannot be considered rape, even if the woman has not given her consent.

But when she saw that her husband was using her baby as a sex toy, she said stop it and looked for a way to escape.

Blaklyn’s parents – to preserve her identity we named her by her nickname – were brothers to each other and, when they married, her father had four other wives at the same time.

His father and father-in-law, who had decided on an arranged marriage, are two of the “Seven Brothers”, the leadership of the Kingston clan in Salt Lake City, in the state of utahan inbred and polygamous splinter sect of the Mormon Church that was brought to justice in early September by 10 victims, including Blaklyn.

In the complaint, in addition to forced incestuous relationships, the victims state that they were indoctrinated and subjected to physical abuse, child labor from an early age, slave labor conditions (their tasks were designated in companies of the sect and they did not receive payment for it) and tricks to defraud the State, something that within the community is known as “Bleeding the Beast”.

The Kingston group, known internally as “The order”has denied his guilt in the crimes of which he is accused.

The origin of the clan

Charles Kingston, a Salt Lake City man who belonged to the Church of Jesus Christ of Latter-day Saints, better known as Mormons, was excommunicated in 1929 for practicing polygamy.

This practice had been banished from that cult at the end of the 19th century, a condition that the United States imposed on Utah to grant it statehood.

Six years after the excommunication, one of Kingston’s sons, Elden, understood that his family should continue to be governed by religious laws and therefore founded his own church with its own rules.

They are governed under a strict hierarchical system. At the top of the pyramid is the “prophet”, a man who must have “pure Kingston blood”, descending directly from Jesus Christ.

The position has been held since 1987 by Paul Elden Kingston, grandson of Charles and nephew of Elden, a man estimated to have some 500 children by 34 wives. All decisions within the clan must have his approval.

The rules within the sect

To control the community in detail, everyone must obey a superior, even if what he is ordering them to do is wrong or immoral.

This is governed by the “law of one over another,” Elden Kingston’s interpretation of an evangelical Bible passage: “To be one with others means that each of us is one with the one above.” To question him would be to question God..

The clan understands that state or federal laws do not apply to them, but that they must be guided by the designs of God, who will be the one who judges them.

Below the “prophet”, also called “the watchtower man”, are the “Seven Brothers”. They respond to “Numbered Men” -a superior status within the community that designates their hierarchy within the clan-, below these are the unnumbered married men and, lastly, women and children.

The superior of boys and girls is the father. Once the girls get married, their superior becomes her husband. Every unnumbered married man is designated a “Numbered Man” as superior, typically his father or a close relative.

Women are forced to marry someone within the community without asking them if they agree. Many times they are still minors and the chosen husband is a close relative, such as a brother, a first cousin or an uncle.

Men can have more than one wife. Women do not, but they must have a husband and the premise is that they give birth to as many children as they can, even if it is against their will, so that the sect grows. And a miscarriage is considered a sin committed by the woman, who is punished.

The complainants state that the purpose of teens getting pregnant at an early age and that they have many children is that they cannot flee from “The Order”.

These children will also be child labor for his conglomerate of companies, which range from stores and supermarkets to fields and schools that are financed with state funds. In the past they had coal mines and an energy company that defrauded the treasury of just over $500 million, according to a lawsuit that ended two years ago.

Within the community they use their own currency, the scrip, and cannot use dollars.

The total number of members of the Kingston clan is unknown due to the strong secrecy they impose, but it is estimated that they are between 5,000 and 10,000 people.

Polygamy, called “plural marriage” by those who practice it in Utah, has remained a common practice in that part of the United States not only within the Kingston clan, but also in other groups that split from the Mormons.

The fundamentalist Church of Jesus Christ of Latter-day Saints is one of the most notorious after its leader, Warren Jeffs, was sentenced to life in prison in 2011 for child sex abuse and incest.

Ten years earlier, a Utah Mormon missionary, Tom Green, had been convicted of bigamy and child sexual abuse. He had 5 wives and 35 children.

Polygamy was penalized in Utah with up to five years in prison, but in 2020 the Republican-majority Congress decriminalized it and reduced it to the category of misdemeanor, comparable to a traffic ticket.

The argument used by the legislators was that in this way the possible victims of crimes would have guarantees to denounce and not be punished for it.

Not interacting much with people outside the clan and responding as little as possible to questions from strangers is part of the logic with which the Kingstons are governed.

That the outside world knows as little as possible about life in this community it is a mandate. So much so that, according to the account of one of the complainants, they had a company where “announcements and wedding invitations of ‘The Order’ were printed because the wedding photos of little girls marrying men in incestuous or plural marriages could not be print at Walmart”.

Marriages are celebrated by members of the clan authorized for such a function by the state, although sometimes the surnames of the members of the couple are changed in the documents to mislead possible investigations by state authorities.

It also happens that in many cases the father of a newborn does not appear in the birth certificates; when registering them, her mothers lie and claim not to know who the father is or say that he disappeared after finding out that he had gotten her pregnant.

“It is common and intentional practice in the Order for parents not to be listed on their children’s birth certificates to create confusion, avoid criminal prosecution for fathering children in underage, plural or incestuous marriages,” the complaint states.

The Kingston clan has been in the eye of justice for at least 25 years, and in the past some of its members have been convicted of sexual crimes, state fraud and money laundering.

Remember that you can receive notifications from BBC News Mundo. Download the latest version of our app and activate it so you don’t miss out on our best content.

Previous Juan Máximo Reynoso’s first starting eleven ahead of his debut against Mexico
Next They love solitude! The 2 zodiac signs that prefer to be away from others