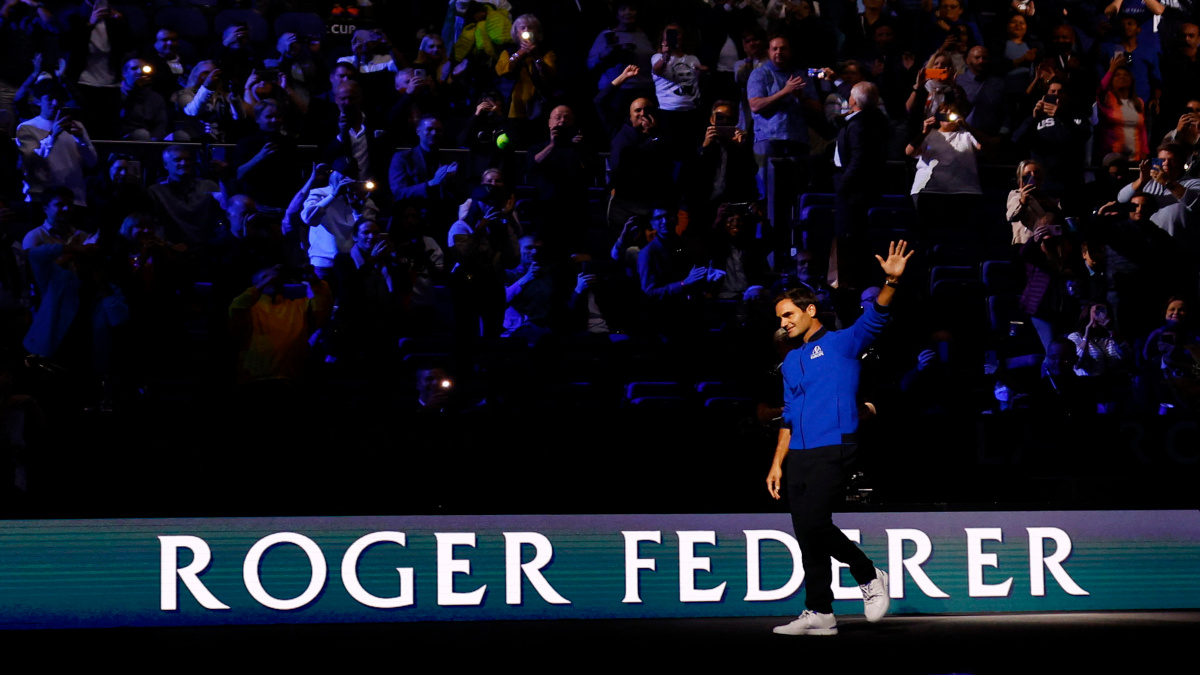 Roger Federer says goodbye to the tennis courts and will say goodbye this Friday, September 23 at the Laver Cup 2022 tournament in a doubles match alongside the Spaniard Rafael Nadal. During the presentation of the tennis players for the event, the Swiss received a standing ovation from the audience when he appeared on stage.

The o2 arena london is the seat of the Laver Cup 2022 and this Friday is the first day of matches between the Team Europe and the TeamWorldwhere will be the farewell of Federer as a professional tennis player.

Although the Swiss will play his last match later with Rafael Nadal, was present at the stadium very early to be part of the presentation of the teams. There he was the last to jump onto the field and won a standing ovation from the thousands of people who will see the last game of one of the legends of white sports.

Roger Federer, 41, announced his retirement from tennis last week, choosing his rival and friend Rafael Nadal as a partner to play a doubles match against the pair of Americans Jack Sock and Frances Tiafoe.

This tournament is sponsored by the Roger Federer and it began to be disputed in 2017, has the exhibition category and it is a highly anticipated event in the tennis calendar due to the large number of stars that participate and the particular format that it has.

For example, each matchup is played over three sets with a super tie break if the first two are tied. In addition, on the first day each victory adds one point, on the second two and on the last day of competition three points. The first team to accumulate 13 of the 24 units in play is crowned champion.

Previous The chilling message that Adamari López received about her future and you will not believe the terrifying way
Next What is the Pacific Ring of Fire and how does it work?