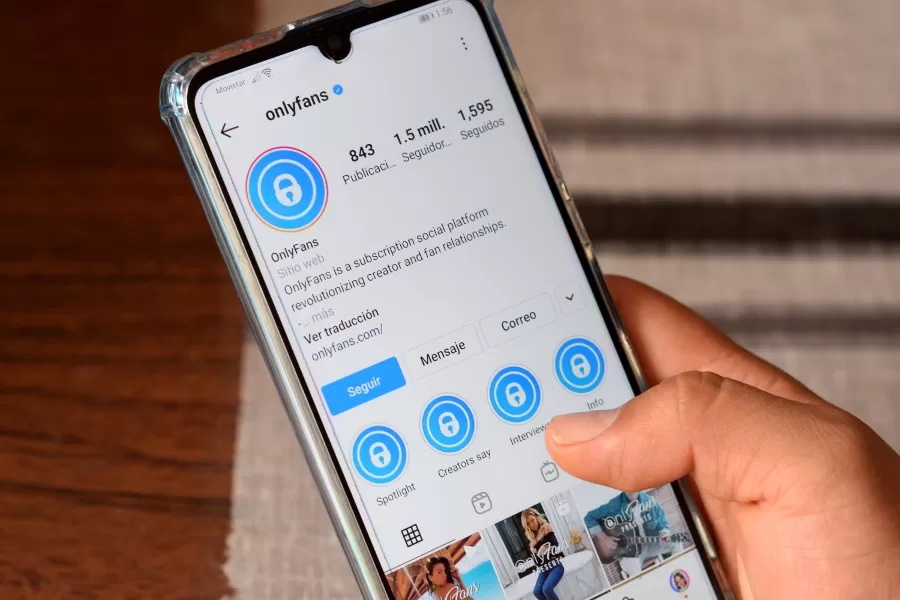 Social networks have become the most used tool by all generations, especially by the new ones who see in them a space to become professionals creating content on any subject. One of these platforms that has become very popular is OnlyFans, which is designed for adults to sell their content of a sexual nature, but after its great success, many are misusing it, as is the case of some parents who discovered that his 14-year-old son shares videos despite the supposed restrictions that the platform has.

The world of the internet has many protagonists in the current era, with Onlyfans being one of the most talked about, the social network where a million young people from all over the world are sharing content in exchange for money.

According to data from the platform, since its creation in 2016, it has registered a million users around the world and has become the best tool to generate money for many people. According to a study carried out by Semrush, the United States is the country that registers the most users of the digital platform, where in January 2022 they accumulated approximately 248 million visits to the website.

This is followed, the same study highlights that the United Kingdom is the second country that registers 23.5 million visits on the platform to share photos and videos; while users from Canada and the Netherlands accumulated around 13 million and 6.5 million visits to the website.

Although the OnlyFans platform is designed for the use of adults, since it is known for the content of a sexual nature that some users upload in exchange for a subscription and money, the application is being used by many.

It is the story of some Spanish parents who alerted the Spanish Cybersecurity Institute (INCIBE) after discover that her 14-year-old son was a content creator on the platform, sharing videos and circumventing the alleged security filters of the app.

Let us remember that the platform supposedly does not allow minors to access, however, this premise is not always fulfilled.

According to (INCIBE), he received a message from some parents in which they expressed their concern about this issue, because as they had discovered, their son consumed OnlyFans and they chose to call the online service ‘Your Help in Cybersecurity’ of the entity.

The story that has gone viral was shared by the website ‘Internet Segura for Kids‘ that told the real case of the young man identified as Daniel, a 14-year-old teenager who wanted to resolve the doubts he had about his sexuality on the Internet.

In this sense, in his search and curiosity, the user discovered the OnlyFans platform and managed to bypass the access restrictions for minors, so he managed to create an account to share intimate content, such as a video of him in the shower.

Given this, the portal highlights that the father, noticing changes in his son, decided to check the young man’s smartphone and realized the situation. For this reason, the minor reacted aggressively and the parents chose to take the phone away from him and call 017 from INCIBE, the Spanish cybersecurity authority, in search of professional help.

After the parents’ public complaint, the Spanish body explained that “voluntarily sharing videos and intimate images on the network directly affects the privacy and reputation of the author.”

“The ideal is to promote a climate of trust to raise any questions, in which it is natural to talk about the risks of the Internet, such as sexting, grooming, sextortion, etc.”added INCIBE.

It is not the first public complaint that is registered against a social network, since both social networks such as Instagram and TikTok have been strongly criticized by parents after noticing the effect they cause on the mental health of young people and children who consume it, coming to cause self-esteem problems in many of these people who see these spaces as an ideal place to live.

In conclusion, many specialists warn about the importance of reviewing the privacy and security options of applications in which young people create a profile.

Twitter will cancel plans to compete with OnlyFans for this reason

Seat 20 in the Morelos Congress is empty again, two months after the deputy Gabriela …