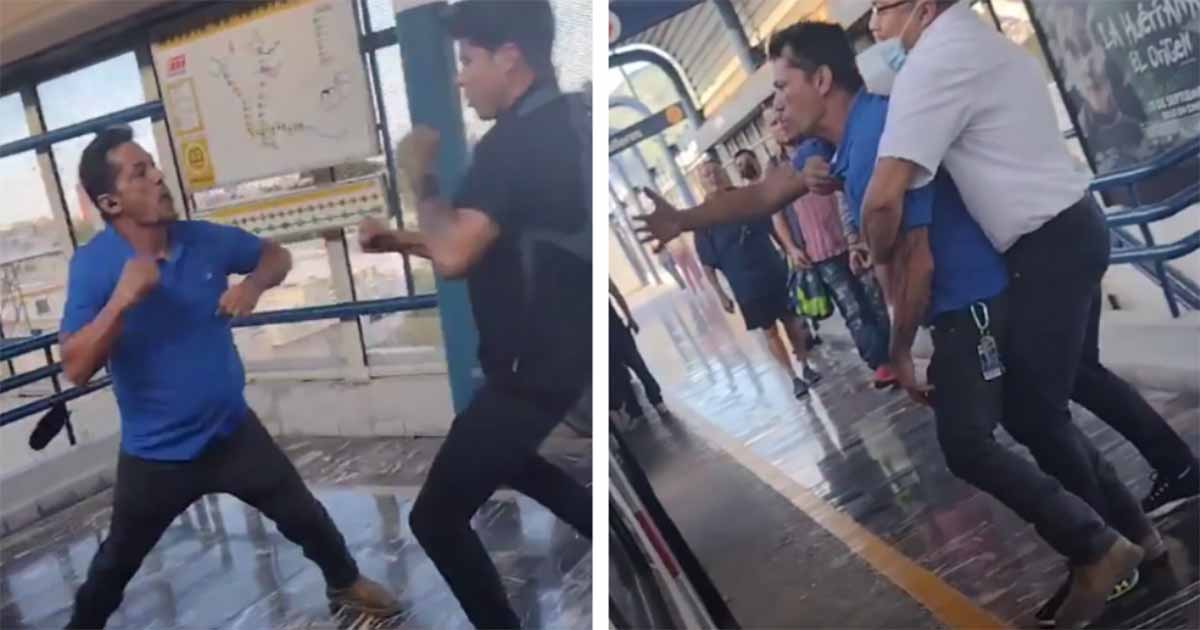 “Imagine living in Europe and missing out on this,” wrote the person in charge of recording the moment in which two men settled their differences with blows and in front of dozens of passengers.

Two men were the protagonists of a new blow fight registered in the Monterrey Metro, this time, from the Alfonso Reyes Station.

It may interest you: With a bag, José walked 30 minutes to go to school… they give him a backpack and a bike

One of the passengers who was traveling in the car where tempers flared took advantage of the fact that he had his cell phone at hand and began to record the brawl, which caused the train to stop for a few minutes.

The one who took the worst part was the man wearing a blue shirt, since he received some impacts on his body and face that made him lose his balance.

Not only the users saw the fight, but also the driver, who had to leave his place for a while to try to calm the fury of the individuals who managed to distribute several punches.

Calm down, calm down”, managed to say the Metrorrey driver, who made a great effort to end the fight.

This, instead of infuriating the passengers due to the issue of time lost on the journey, seems to have entertained them, and that is that throughout the recording they can be heard shouting, whistling and celebrating the blows that both people exchanged.

It even gives the impression that the users celebrated the fact that the man in the blue shirt, who resisted the Metro driver, had been removed from the place.

But… why did they fight?

This is a question that many users have asked themselves, it is not known what the real reason for the fight was, but one of the versions that has been handled is that, presumably, the man in the blue shirt would have prevented the good flow of entry and exit of passengers having been placed in front of the doors of the subway car on the trip.

Imagine living in Europe and missing out on this. Metrorrey, travel faster and safer”, wrote the user of Facebook Osiel Flores, in charge of recording the fight.

You can read the original note at:

*This content is published with the permission of ABC.

Previous Prince Harry refused to dine with Charles III after Elizabeth II’s death
Next From behind, Yanet García raises the temperature with daring lingerie