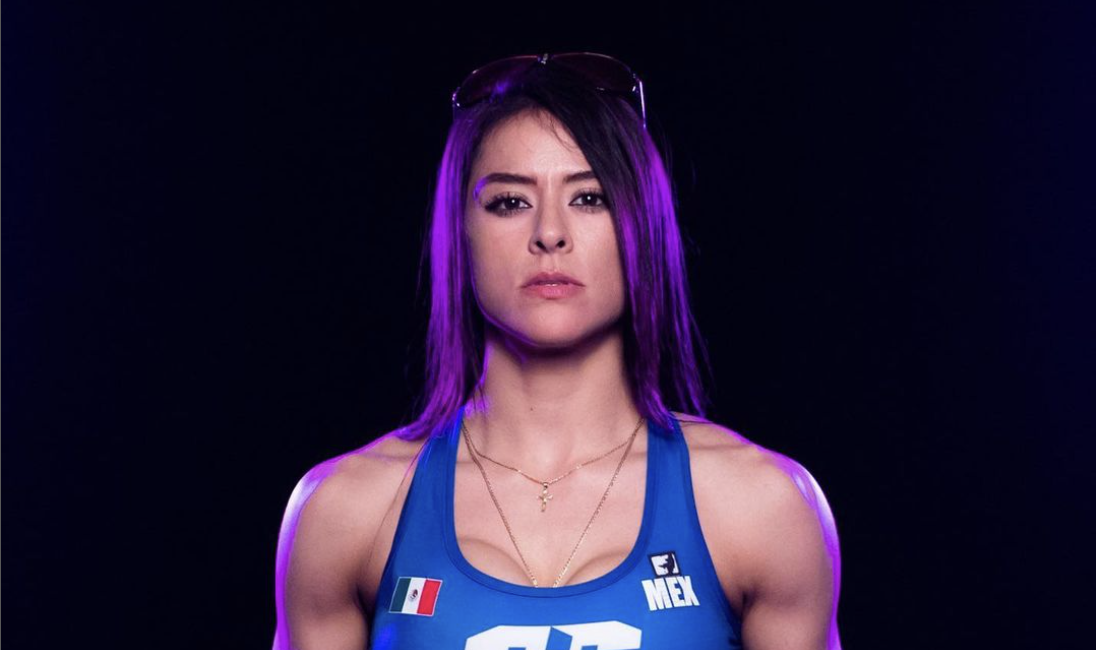 Lucero ‘La Loba’ Acosta (Tijuana, 1994) will face Mariel Celimen in the main fight of the women’s flyweight of the evening of Global Combat on Saturday, September 24. The participation of the Mexican makes the promoter speak of this fight as “the event scheduled to be the most watched women’s MMA fight in history”. An objective that will help, and a lot, the fact that the Mexican is a sensation on the Internet and social networks, as well as one of the ‘beautiful’ inside the cage. However, ‘La Loba’ is much more than that and the story that precedes her foray into mixed martial arts makes her, as she says, “much more than a pretty face”.

A series of episodes of domestic violence completely changed Lucero Acosta’s life. The young Mexican found a refuge in martial arts and, at the same time, a way to feel safer in the face of the dangers that surrounded her. “I came to martial arts through self defense because my life was in danger. I decided to learn to defend myself because I didn’t know what could happen to me.”account to Yahoo! Sports via telephone, just a couple of days away from the biggest fight of his career thus far. “I was married to a police officer and he was very angry because I reported him. He knew that he was capable of doing something to me. They denied me the restraining order because I had his contacts and lawyer, but I had no one to speak for me. He needed to know how to defend me because I was going to meet him on the street and I knew what he was capable of doing. It was the only option I had, to go into personal defense.”

Thanks to that step, Acosta began to train and feel like a different woman. She freed herself mentally and braced herself physically for what might come. Each hit was a weight she lifted off of herself. Every time she went to the gym she was taking one more step away from the ordeal that was chasing her. “When I started training, it was like a kind of ‘de-stress’. I felt free, I felt like another person. I had a lot of courage in each blow and even my coaches told me that they had a fight and if I wanted to take it, ”he tells us. And that is how Lucero fully entered the world of MMA and debuted as an amateur fighter.

Without much of a clue what she was getting herself into, almost without realizing it, Lucero switched from self-defense to MMA. “I said yes, but without knowing the risks. I didn’t know anything and that’s how I got into the sport”, he confesses. “It was a very relaxing experience. Even though he didn’t know how to take the punches or anything like that, he had a lot of courage and a lot of heart. and we emerged victorious that night. I liked the vibe and said, ‘I’m from here.’”

‘La Loba’ found her place inside the cage and lived up to her nickname. “It refers to the aggressiveness with which I entered. Hence the nickname ‘La Loba’, the aggressive one, the one that enters howling”. A howl that now resonates in the Global Combat events in which she participates and that also serves as an example to many other women who go through or have gone through a situation similar to yours in the past. So much so that Acosta combines his professional career with a very particular ‘social’ work.

“During the pandemic, when the gyms were closed, a man sought me out and told me that his daughter was going through a difficult time. Her parents were separating and the girl was feeling down and she wanted to know if she could give her any advice. I told her that if she wanted she could train her and little by little she would take all her stress and worries out of her. From there I started training more people, so that they felt what I felt when I started”, explains ‘La Loba’ when we ask her about her work as a trainer for women who have also suffered episodes of domestic violence or the like.

“I like being able to help other women, just like they helped me when I started. I feel like in debt. If I can teach others what they taught me, I will do it, ”confesses a Lucero who knows that she has to silence her haters every time she enters the cage. She is aware that she has to prove that he has not got there because of his physique or his pretty face. “Those who say that don’t know the story of ‘La Loba’, they don’t know everything I’ve been through to be where I am. I like to shut up mouths with my actions”.

That will be what he will have to do once again on Saturday against Mariel Celimen. “I want to get everything I know in the sport, for them to see everything I have worked for and reflect all the effort. That they don’t think that I’m just a pretty face and that they know that I’m good at shutting up mouths without opening my own.”, warns.

And the fact is that ‘La Loba’ has no inconvenience about beating each other inside the cage because, as she herself assures “Life has hit me harder and what they do to my face or body doesn’t hurt as much as the way life treats people”. Her past has marked her and has made her the warrior she is today. “The strongest blow can be dealt by life. I never think that I don’t want to be hurt. I am here for something, to show the world that having a pretty face is not to be on a pedestal and do nothing. I want to leave a legacy and for many people to say that they want to be and fight like ‘La Loba’. I want you to know that love is power”. On Saturday you will have a great opportunity to fulfill all this.

Video | This is Mackenzie Dern, the MMA fighter who draws her attention for her beauty

Other stories that may interest you: