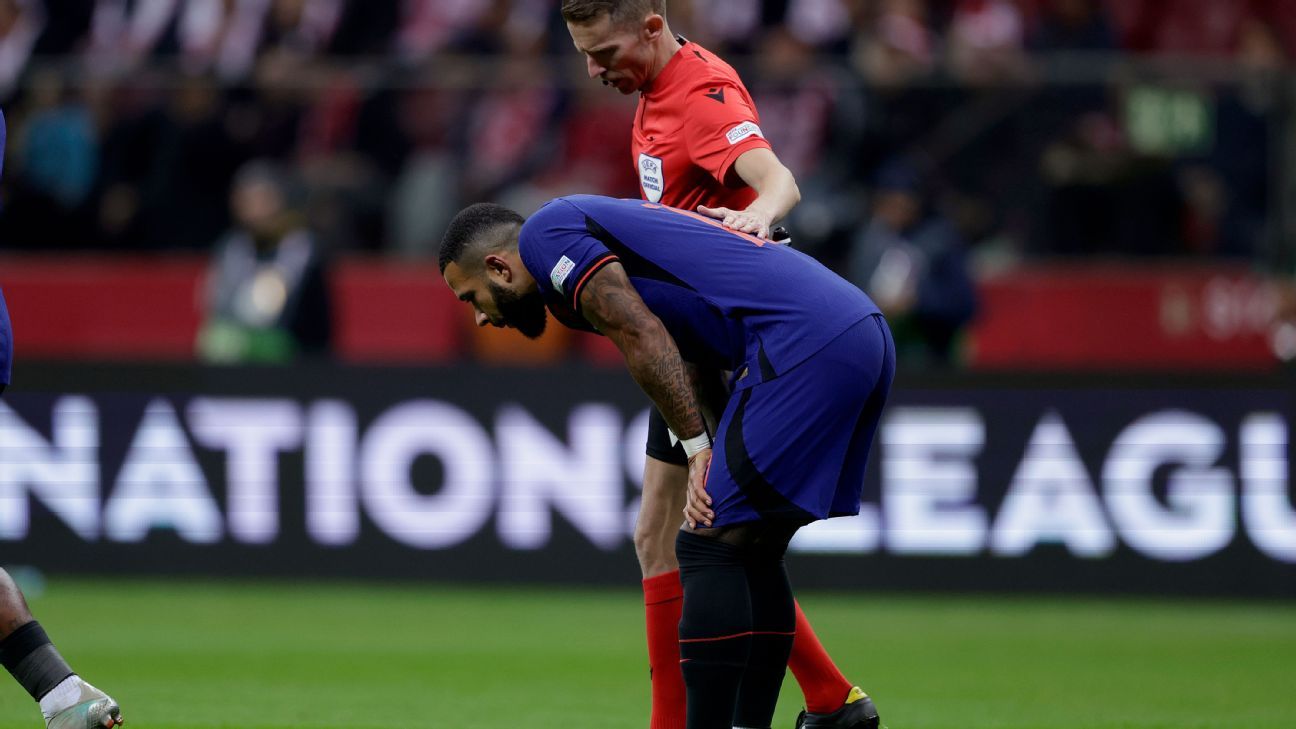 Koundé and Memphis are injured with their respective national teams

The ‘FIFA Virus’ attacked Barcelona harshly this Thursday, personalizing the injuries suffered by Jules Koundé and Memphis Depay during the matches of their teams, who had to be substituted and in the absence of the pertinent evidence it is practically ruled out that they can play the matches Sunday.

Koundé, who started in France’s victory (2-0) over Austria, barely spent 23 minutes on the pitch at the Stade de France, requesting the change due to muscular discomfort and being replaced by William Sadiba. Meanwhile, in Warsaw, where the Netherlands beat Robert Lewandowski’s Poland 2-0, Memphis Depay retired shortly after the start of the second half after experiencing severe hamstring pain. In his case, coach Louis van Gaal himself confirmed that the Barca striker’s misfortune “does not bode well and he will not be able to play against Belgium.”

The two injuries occur on the verge of Barcelona’s return to competition and with a highly demanding calendar, with the transcendental double confrontation of the Champions League against Inter Milan and the Clasico at the Bernabéu against Real Madrid on October 16, not being able to confirm in principle when both players will be able to enter into Xavi Hernández’s plans.

Now you can enjoy LaLiga on ESPN+, where you can watch all the matches Live in Spanish. subscribe here

In addition to Koundé and Memphis, the end of the match in Paris was also worrying for Ousmane Dembélé, who entered the match against Austria in the 78th minute replacing Griezmann and left at the conclusion with a sore thigh.

And, as if that were not enough, in Warsaw, Van Gaal was also forced to substitute Frenkie de Jong at the end of the first half due to feeling some muscular discomfort, although his case should not be as worrying as Van Gaal confirmed: “You noticed the tense muscles and I changed him, but expect to be against Belgium.

Barça prepared a specific plan for the 18 players in its squad called up by nine teams, complementary to the preparation of the national teams, in anticipation of possible incidents. And at the first change, in the games with Koundé, Dembélé, De Jong, Memphis, Lewandowski and Christensen, two of them were injured and two others had to be replaced as a precaution.

Previous The lungs and physical activity
Next Mother and grandmother: the surprising story of a 56-year-old woman who became pregnant with her son