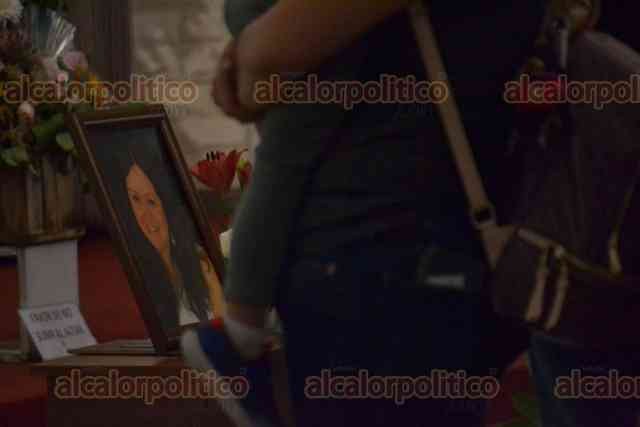 Family, friends and teachers gathered at the Bosques del Recuerdo pantheon in Xalapa to say their last goodbye to teacher Elizabeth Meza Rivera, who was murdered in front of her grandson outside the “Adolfo Ruiz Cortines” elementary school.

Last Wednesday morning, the 58-year-old teacher was shot at by armed men on a motorcycle, when she had gotten out of her vehicle and was taking her belongings out of the trunk.

This Friday, at 12:20 p.m., the funeral procession arrived at the pantheon to carry out the funeral, in which the relatives demanded justice and that there be no scapegoats.

Andrés Meza Rivera, brother of the victim, used his voice to affirm that justice will come and stressed that they are a working family.

“Please, everyone, let’s unite as a society and think that this should not happen again. There is justice and I think it will come,” he said.

Andrés specified that his family is working people, dedicated mostly to teaching, who expect justice from men and divine justice for Beatriz.

“I can only thank you in these difficult times for all the support we have received. We want you to know that you are in our hearts. We join in the pain that overwhelms my nephew Tavo, Elisa, Andrea, “she added.

After the burial and demanding justice, the teacher and director of the primary school, Ciria Meza Rivera, described as “fools” those who judge the victim, emphasizing that he was a person of work, calm and serene.

As Elizabeth’s sister, she demanded a true investigation from the Government to find the culprits and not create scapegoats, also commenting that the crime could have been due to “someone’s anger situation”:

He stressed that it will be up to the State Attorney General’s Office to find out the motive, trusting that the murderers will be arrested.

Ciria stressed that her entire family is good people and her sister had many generations of students in her hands, mainly first and second grade. For this reason, she questioned those who have questioned her integrity on social networks.

“It is not possible, I see comments of ‘what would I be doing? What was she up to? (…). Truly, foolish people who dare to judge. But, well, I leave everything in the hands of God, of justice”.

It should be noted that the murder of Professor Elizabeth shocked the citizens of Xalapa and the teachers’ union, a sector that condemned the attack.

Previous ATTENTION! What Alan Pulido is doing to return to Chivas
Next This is how Diego Luna came to the Star Wars saga