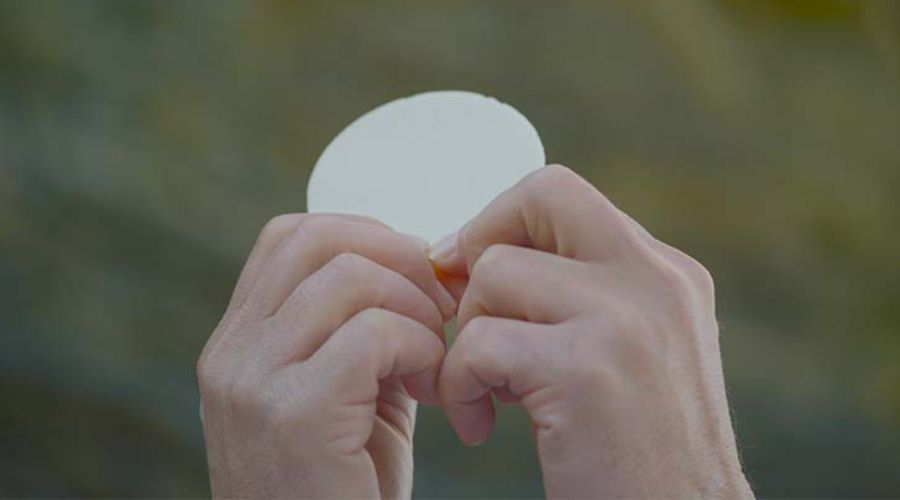 Documentary premieres in America and can help you love the Mass

“El Beso de Dios”, a documentary that from this month arrives in theaters in Mexico through Cinemex and in many other Latin American countries, through the International Catholic Film Festival, could help you understand and love much more the Mass.

The film features testimonies from important figures such as Pietro Sarubbi, who played Barrabás in Mel Gibson’s film “The Passion of the Christ”; and the narration of the well-known Mexican actor Eduardo Verástegui.

The Mass that frames the documentary is celebrated by the Spanish priest José Pedro Manglano, founder of the Hakuna movement.

“El Beso de Dios” arrived in Peru on September 15, through the Cinemark movie theater chain; and opens this September 22 in Mexico.

From September 29 it will be available in theaters in Costa Rica, Panama, El Salvador, Nicaragua, Honduras, Guatemala, Ecuador and Uruguay.

In statements to ACI Prensa, the director of “El Beso de Dios”, the Spaniard Pietro Sarubbi, assured that the idea of ​​making this film was “like a gift from god”.

Sarubbi claimed to be “a person rescued by the Lord.” And in this “rescue” at the hand of God, he had a lot to do with the Holy Mass, he said, “which was even something I doubted.”

On his way to God, he recalled, he read “every night a passage from the Gospel,” and came across “that sublime phrase of the Lord, which says ‘he who eats My Flesh and drinks My Blood dwells in Me and I in him’”.

“I was going through a very hard personal moment,” he said, recalling that “I looked desperate, I had very complicated life circumstances and I couldn’t find comfort in anything. My family helped me in everything they could, but since that didn’t finish healing me, my friends tried to understand me, but they didn’t either.

In addition, the acting training process “sometimes puts you in difficulties”, and he felt that his life was “darkening a lot”.

Thanks to a priest he met through an Opus Dei tenured university professor, he recalled, “I began to go to Mass, and he also recommended that I go every day, because he was going to confirm me with the certainty that Jesus had said that. , that ‘he who eats My Flesh and drinks My Blood dwells in me and I in him’”-

“And me, when I started going to Mass in such a terrible state that I didn’t even want my life, I experienced how in a very short time Jesus actually came to live in me and I was healed”.

“Like everything that my friends, my family, did not manage to get me up, because I felt like Jesus rescued me from the hole I was in, which was very dark,” he said.

For Sarubbi, “definitely yes” that this documentary can help Catholics “revalue the importance of the Mass”, and stressed that we must go to Mass or Eucharistic Adoration “with the certainty that Jesus will be there”.

“We are called to live the Mass with the awareness that Jesus is present”.

The director of “El Beso de Dios” stressed that there are “very strong testimonies” in the documentary, and highlighted that among those that have moved him the most is that of Sister Bridge McKenna, who is “one of the people with the strongest faith wildest and biggest I’ve ever seen in my life.”

“Her testimony touched me a lot and I think it was the one that transformed and changed me the most, because she spoke of a firm but simple faith,” he said, and helped him realize that if the bleeding woman in the Gospel trusted that they were just touching the mantle of Jesus would heal, how much more “can the truly living heart of Jesus do” when receiving the Eucharist.