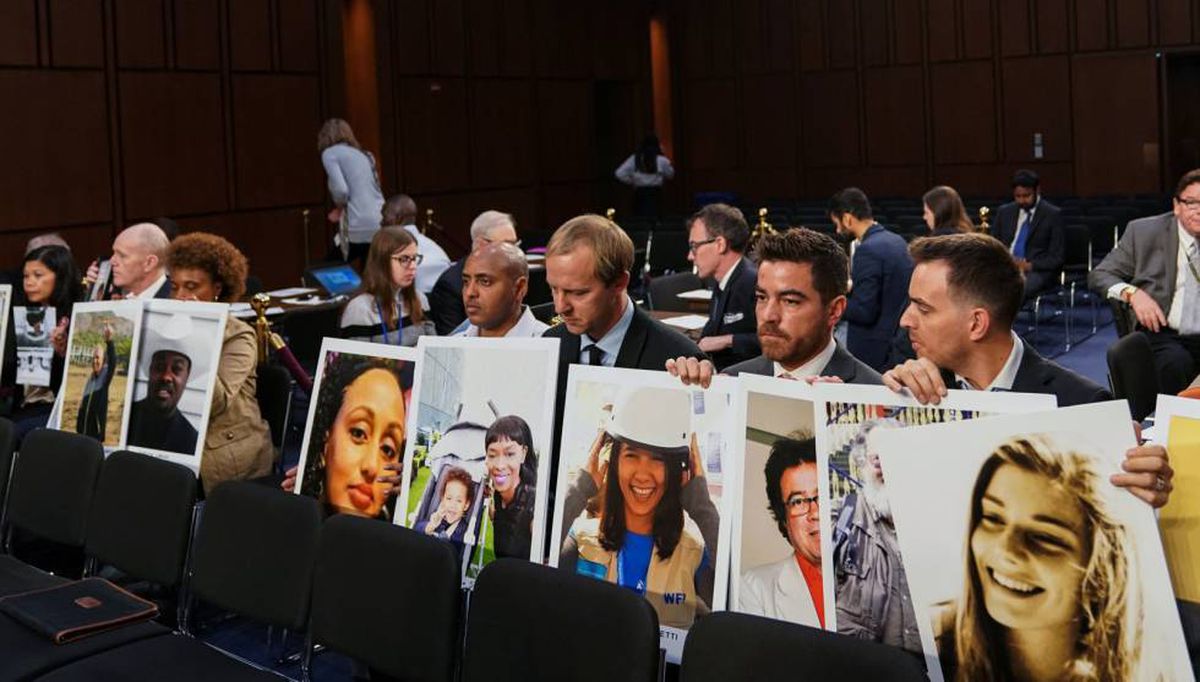 Boeing knew something was wrong with its 737 MAX aircraft. Still, the company and its former CEO Dennis A. Muilenburg publicly claimed it was “as safe as any plane that has ever flown through the skies.” The Securities and Exchange Commission (the SEC, for its acronym in English), has concluded that they misled investors and has imposed a fine of 200 million dollars (a similar amount in euros) on the company and another one million to the manager, as announced by the supervisory body in a statement.

The money, yes, will not go to the families of the victims of the accidents but to the investors who saw the price of Boeing drop. The SEC is a securities regulator and so is the market. Boeing announced at the time a compensation of 100 million to the victims, although that amount was independent of what could take place through lawsuits and litigation.

Following an investigation supported by the Justice Department and the SEC, the rulings announced Thursday find that the company and its chief executive negligently violated the anti-fraud provisions of federal securities laws. Without admitting or denying the SEC’s findings, Boeing and Muilenburg have agreed to a settlement that includes penalties of $200 million and $1 million, respectively.

“There are no words to describe the tragic loss of life caused by these two plane crashes,” said SEC Chairman Gary Gensler. “In times of crisis and tragedy, it is especially important that listed companies and executives provide complete, fair and truthful information to the markets. The Boeing company and its former CEO, Dennis Muilenburg, failed to meet this basic obligation. They misled investors by offering guarantees about the safety of the 737 MAX, despite knowing about the serious safety issues,” he added.

One month after Lion Air Flight 610, a 737 MAX aircraft, crashed in Indonesia in October 2018, 13 minutes after takeoff, killing 189 passengers and crew, Boeing issued a press release, edited and approved by Muilenburg, which selectively highlighted certain facts from an official Indonesian government report that suggested pilot error and poor aircraft maintenance contributed to the accident.

The press release also gave assurances about the aircraft’s safety, without disclosing that an internal safety review had determined that MCAS, a flight control function that acts as the aircraft’s automatic stabilizer, posed a safety concern for the aircraft and that Boeing had already begun to redesign that system to correct it, according to the resolution. Boeing shares had fallen sharply and Muilenberg was upset by the negative news. A message from him from the dates before the press release, included in the resolution, said: “We are spending too much time playing defense … we have to start playing attack.”

The 737 MAXs kept flying. On March 10, 2019, Ethiopian Airlines Flight 302, operated by another plane of the same model, also crashed shortly after takeoff killing 157 people. The data quickly revealed similarities between the two accidents. The MCAS malfunction prevented the pilots from gaining control of the plane. International aviation regulators decided to ground the entire 737 MAX fleet.

Despite all this, six weeks after the second accident, and being aware of the problems with the plane, Muilenberg lied again to analysts and journalists, assuring that there was no problem in the certification process, and that Boeing had confirmed again that all steps in the design and certification processes were followed that “consistently produce safe airplanes.”

“Boeing and Muilenburg put profits before people by misleading investors about the safety of the 737 MAX, all in an effort to rehabilitate Boeing’s image after two tragic accidents that caused the loss of 346 lives and untold pain. for so many families,” said Gurbir S. Grewal, director of the SEC’s Enforcement division.

Even with their lies they failed to fool the market. The manufacturer’s shares plummeted and the company experienced the greatest crisis in its history, both financially and in terms of reputation. Orders plunged, revenue plummeted, and the company went into a loss. The 737 MAX took 20 months to fly again since their licenses were withdrawn.

Muilenberg acknowledged mistakes when he appeared in October 2019 before the US Senate Transportation Committee. “Zero accidents is the only acceptable number. People’s lives depend on us, ”she declared then, while behind her she had relatives of the victims of the two accidents suffered by this plane, showing large photos of her loved ones.

Boeing’s CEO stepped down in December of that year. Even after forgoing the year’s bonus and a portion of his stock awards, his exit package from the company was valued at more than $60 million in stock and pension rights. He now he will have to pay one indemnity.

The failure of the stabilization system

The SEC resolutions recall that investigations into the accidents revealed that in both cases there was an erroneous activation of the Maneuvering Characteristics Augmentation System (MCAS), a new Boeing flight control system ( not described in the 737 MAX flight manuals or pilot training materials) that was designed to help prevent stalls by pushing the aircraft nose down without crew intervention whenever a sensor located in the the exterior of the fuselage indicated that the aircraft was approaching an angle at which a stall could occur.
Neither Lion Air Flight 610 nor Ethiopian Airlines Flight 302 were approaching a stall at the time MCAS was activated. Rather, on both flights, an erroneous signal from the external sensor repeatedly triggered MCAS while the aircraft was climbing at a normal angle. On both flights, the crews were unable to regain control of the plane after inadvertent activation of that system.