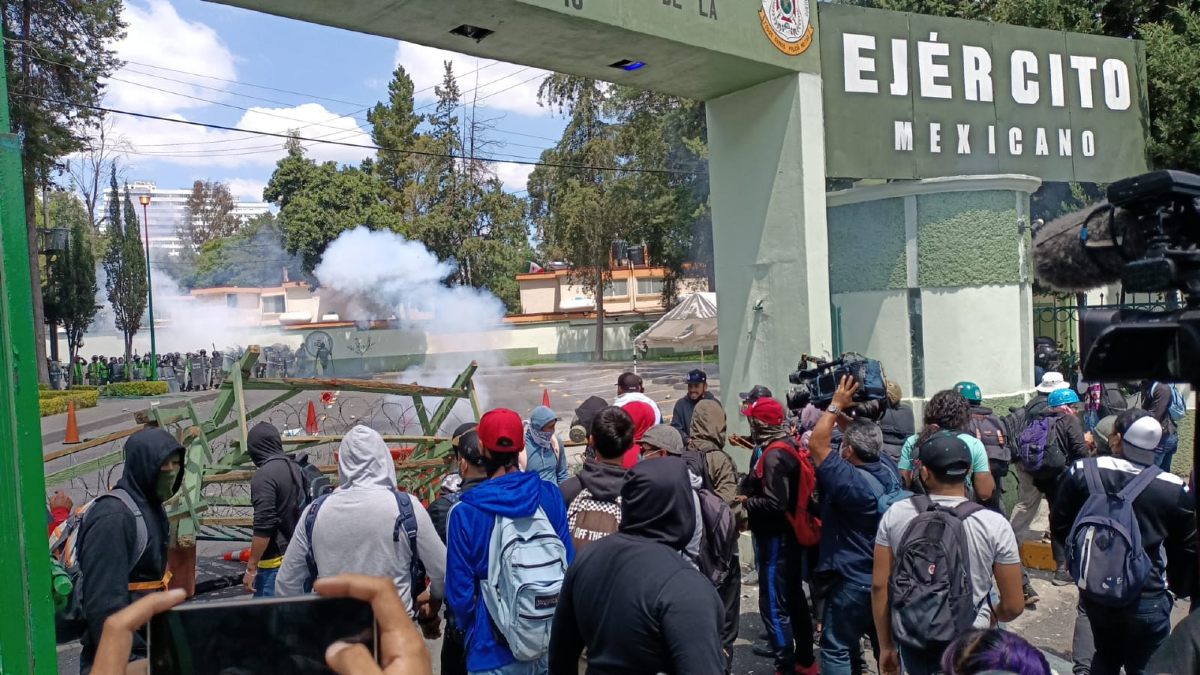 A confrontation was recorded between normalistas of the Rural Normal School of Ayotzinapa and security elements in Military Camp Number 1, of the Secretariat of National Defense (Sedena)in Mexico City (CDMX).

Videos and images of the confrontation at the military headquarters

Images show how protesters throw objects to the military building, located in the west of the country’s capital.

Some of the dissatisfied who ask for justice for the disappearance of the 43 normalistas from Ayotzinapa, in September 2014, they broke down a door of the military headquarters and managed to enter. Meanwhile, members of the Army formed a barrier to prevent the advance of the protesters, who did not stop throwing objects.

At 1:52 p.m., the Secretariat of Citizen Security of the capital reported that circulation was restored in both directions of Avenida del Conscriptobetween Boulevard Pípila and Anillo Periférico, after the presence of protesters.

CDMX police will not fall for provocations: Batre

Within the framework of the eighth anniversary of the events that occurred with the Ayotzinapa normalistas, at a press conference, the Secretary of Government of the capital of the Republic, Martí Batres, a call for the mobilizations on the students to be peaceful.

In addition to remembering the mobilization in the facilities of the Attorney General of the Republic (FGR)where in the end a group of people carried out acts of violence, the official pointed out that the CDMX police has the instruction not to fall into provocations and not to repress.

Also, through his Twitter account, He said that they monitor, with members of the security cabinet, the demonstrations that are carried out on the occasion of eighth anniversary of the events of Ayotzinapa.

Previous Armando Archundia explains how and what VAR is used for: Does it indirectly send Chivas?
Next Verónica Cuevas: Everything we know about the wife of Gustavo Adolfo Infante