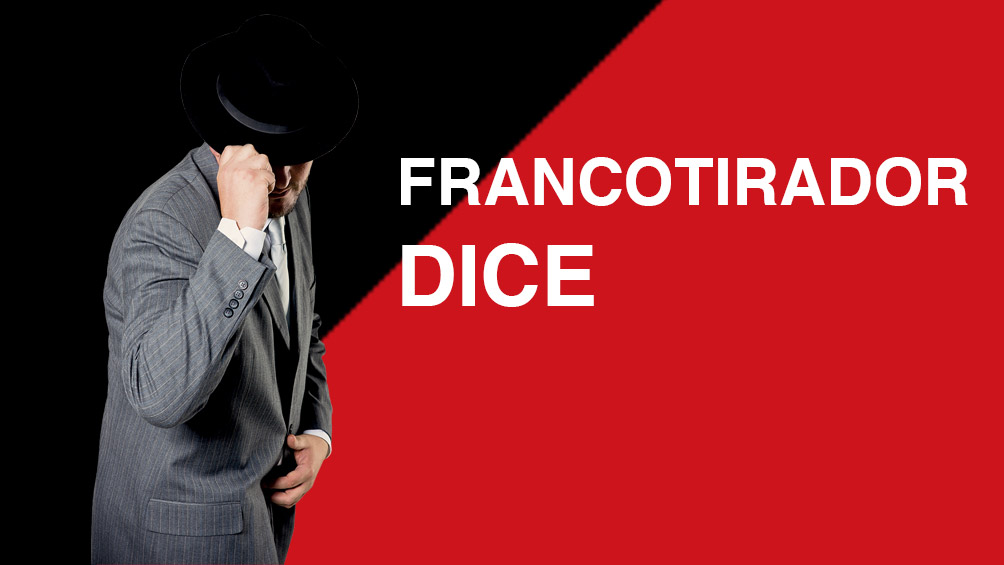 THE PLAY CAME OUT TO DOÑA TELE

What I kept from Canelo’s fight against GGG is that it didn’t reach the knees of my compadre Márquez and Pacquiao, nor the ankles of Barrera and Morales, those were historic series! Not the mumbo-jumbo that we prescribe for ourselves on Saturday. I’ll tell you about the rating.

Televisa broke it with the National Classic and the Las Vegas lawsuit: reach of eight million in the victory of the America in view of Chivas and 8.5 in Álvarez’s fight over Golovkin, with which they beat TV Azteca in the fight.

You have to understand why. According to Nielsen Ibope accounts, América-Chivas gave him a 16.2 rating to start the fight, which Televisa maintained and raised to 17.6. For his part, Azteca grabbed the ‘carry’ of ‘My Favorite Villain’ at 7.1 and took it to 14.5 with the lawsuit in Las Vegas! That is, those who raised the audience were those of Ajusco. Of course, they did not manage to exceed the audience. Thus it is understood why those from Chapultepec did not want to sell the Classic to the Aztecs, because they needed that great boost to be able to boast that they had finally won one. This is the cruel game of Doña Tele.

By the way, in the United States they do not suck their fingers and the sale of the lawsuit was low. Barely 550,000 PPVs were sold in the neighboring country, not even half of what each of the previous fights generated: the first 1.3 million and the second about 1.1, according to journalist Dan Rafael with DAZN sources. Obviously, the chain denies it, assuring that it was a hit. What do you think?

Well, it seemed like a tremendous idea to me about the last great ‘Media Day’ of the Azteca National Team before the World Cup. In Los Angeles, all the tricolors, players and coaching staff passed through the cubicles that were set up so that they could give impressions to at least 200 journalists present and more connected, including Mexican rivals in Qatar, Saudi Arabia and Poland, who had translations in their languages , along with the traditional English. There were three signals that were live for four hours for Mexico and the United States.

But not everything was hunky-dory, because they told me that when they discussed the plan with those selected, most became intense and several warned that they were not going to do it. The alert was turned on, because the request came from SUM, the company that organizes the Mole Tour, the one that loosens the wool to Doña Fede so that she rents to El Tri, well.

SUM’s complaint originated because it felt that its sponsors did not have adequate exposure, so the FMF’s director of alliances, Enrique Nieto Jr., the son of the Mexican promoter, had to put pressure on them to accept.

If you look closely, in the background of each selection there are brands that are not usual to see them in Mexico with the Tribut they are the ones that SUM brings in the US, and with the exposure that these interviews had, because the entity that moves the tambourine in gringolandia was already satisfied.

Within what has been seen here in Los Angeles and that is already evident, is the break between Doña Fede’s board of directors and El Tri’s coaching staff. Not because there is mistreatment, the reality is that the relationship between De Luisa and Martino is most cordial, but because there is no communication between Tata and Ordiales.

To show the European tour of the Engineer and Ordiales, who went to visit players without contemplating Martino, to strengthen the bond with the board. It is more than clear that Tata is going his own way and is not going to ask the new Selection Directorate for anything, which cannot give a positive answer to the clubs that ask for a few minutes for their players and other negotiations. That is to say, the post is just for decoration. Again, as a vase.

YOU MAY ALSO BE INTERESTED IN: RAÚL JIMÉNEZ, UNDERGOING MAGNETIC RESONANCE DUE TO HIS INJURY.

Previous Tom Hardy enters a surprise martial arts tournament… and wins!
Next The 5 countries with the most active military in the world