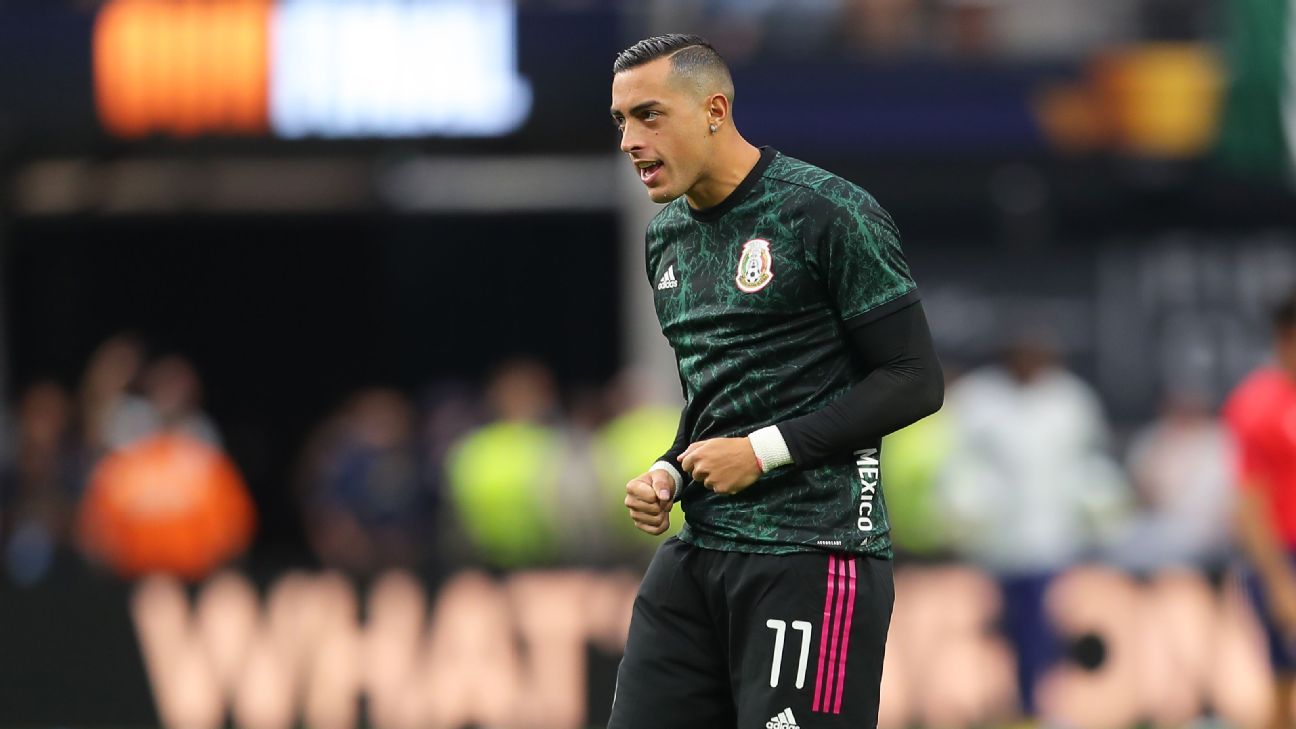 Funes Mori goes to the World Cup yes or yes

Gerardo Martino has already prepared the ground for justify it unjustifiable: the presence in the final list of 26 players of Rogelio Funes Mori as one of the three center forwards that will take the Tricolor to the World Cup in Qatar.

Last Tuesday, the coach of the Mexican National Team delivered a speech in which he highlighted that for him “a good moment” of the players does not go back to the most recent games, but to at least a year of regularity Y leadership.

Furthermore, in a alleged desire to promote competitionwhich he has done little during his tenure, he said, “as long as the four of them give me reasons, the situation is going to be complicated.”

The big ones questions are: what reasons Rogelio Funes Mori has given him to appear on the list of 31 summoned to the friendlies against Peru and Colombia, if he has more than a month without playing due to an injury and the last tournament had practically no activity for the same reason?

Under that plot the ‘Twin’ is equal conditions Less than two months before the World Cup, he could fight for a place against Henry Martín, the tournament’s top scorer, and Santiago Giménez, with five goals at Feyenoord without being a starter, three of them in the Europa League, which places him as the leader of the department in that competition?

No, today there shouldn’t be a debate about who of the four forward centers that appear in the call will be left out, no, today it is very clear that Funes Mori does not have the level of its three competitors, but it appears for whim of the coach, by decree, as simple as that.

It is understood and even just respect your hierarchy and that you have your site guaranteed as the owner, unless you flatly injury that ails him prevents him from going to Qatar.

And it is understandable why he earned it, because despite the fact that he was never the same after the shock that he suffered and took him away from the courts for nine months, El Tri does not have a soccer player with his conditions and the baggage that gives a league like the English one.

With Raúl Jiménez and Rogelio Funes Mori’s places secured —unless they fall off the list due to injury—, there remains a place on the World Cup list, which will go to Henry or Santiago.

Everything points to that ‘little boy‘ would be the sacrificedwith everything and that he transferred his good start to the tournament in Cruz Azul to Feyenoord, where he immediately responded with goals.

It is not difficult to venture to the reasons that ‘Tata’ will give to explain, if this happens, the exclusion of Santiago: it was a difficult decision, we believe that the forwards that go adapt to what we want, it’s very young (21 years old) and he will have other opportunities, etcetera, etcetera, etcetera… Over time.

At Tuesday’s conference, Martino boasted that he prefers the “abundance over scarcity”, referring to what they are four your alternatives for a site up front.

What he forgot is that perhaps today he has plenty of attackers, but with everything and that what there is are goals. Come on, the selection generates poor arrivals and therefore the ‘9’ has little ‘park‘ To note. However, the Argentine coach believes that he has “abundance”.

If the decision of the one who will be left out sticks to the sports meritsto Justice -so relative in sport-, to the moment that soccer players live, and to performance, there would be no such discussion Y controversy to which Martino refers.

If Funes Mori were not in the Selection for imposition of the technician, because arguments to wear the green shirt does not havewho could to protest due to his absence or because he does not go to a World Cup for the country through which he was naturalized 30 years?

And it is true that it will not be the first time that a coach will leave a player out of a World Cup with quality and merits to attend; however, that does not mean that it should normalize this situation and stop questioning it.

Ricardo La Volpe had the luxury of not having one of the best soccer players in the history of the country, Cuauhtemoc Blancodue to personal disputes since he chose Sinha —naturalized as Funes Mori, although without comparison between the quality of one and the other—.

Or ‘Mugotón’ himself opted for his son-in-law Rafael ‘Chiquis’ Garcia to the detriment of Jaime Lozanowho lived a great moment facing Germany 2006.

Not to be surprised then, now the ‘mischief‘ seems more than cooked: Rogelio Funes Mori it goes because it goesand the victim will be called Santiago Giménez.