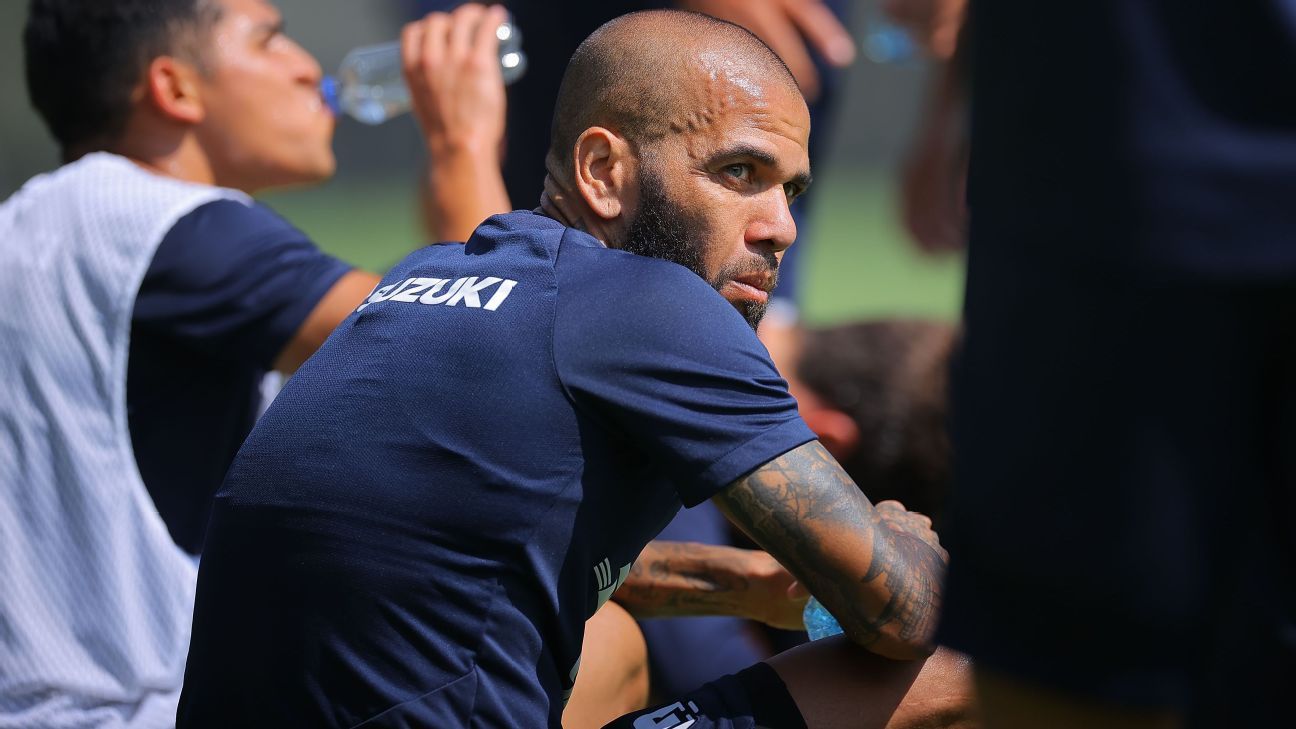 “They don’t believe it much, they settle”

The accusations were extended to his team, Pumas, who had a bad Apertura 2022 tournament

Dani Alves spoke of Mexican soccer, which he described as “somewhat disorganized”, and praised the level of its players, although he believes that they need to stop being conformists to make a world-class leap.

“Mexico has excellent soccer players, but I say it with sincerity, they don’t believe it, they conform; people are very conformist, if a soccer player goes to Europe they have already made their lives, but they don’t think they can be better every day,” he criticized .

The accusations were extended to his team, Pumas, who have had a bad Apertura 2022 tournament in which they add 14 points and are in 16th place out of 18 in the standings, on the verge of being left out of the playoff phase to which they advance. located between places five and 12 after the regular phase.

“I would like my teammates to believe it a little more and pay the price for competing, you have to feel that to change things and for the results to start appearing. I need the boys to believe in what I propose to be someone”, said.

The Brazilian added on Tuesday that the press and football fans think more about his possible participation with Brazil in the Qatar 2022 World Cup than himself.

“People talk more about the World Cup than I do. I came to Pumas to do the best I can, to work hard, if that leads me to the World Cup, excellent; I know what I’ve done with my team will lead me to that goal, not the that I am in this or another team”, underlined the footballer with the most titles in history.

The 39-year-old winger was left out of Brazil’s squad for the September FIFA friendlies against Tunisia and Ghana because, according to the national team’s physical trainer, Fábio Mahseredjian, he is not in good physical condition.

Alves confessed that he is not worried about the situation because he is sure of what he could contribute to the senior team led by Adenor Leonardo Bacchi “Tite”.

“I know what I can deliver and what my importance is for the national team. I am the lion of my life and no matter what jungle I am in, I will never eat leaves,” said the World Cup player in South Africa 2010 and Brazil 2014.

From the criticism he receives through social networks, Alves pointed out that they come from people who do nothing to change their reality.

“I’m a little disappointed that people don’t value what they have. People only see the world through their cell phones and it seems that they don’t give a damn about life through the phone. What I want for life is to win, I’m someone obsessed with winning, the rest only have their say.

Pumas will visit Puebla this Friday in a match pending on the seventh day of Apertura 2022.

WITH INFORMATION FROM EFE