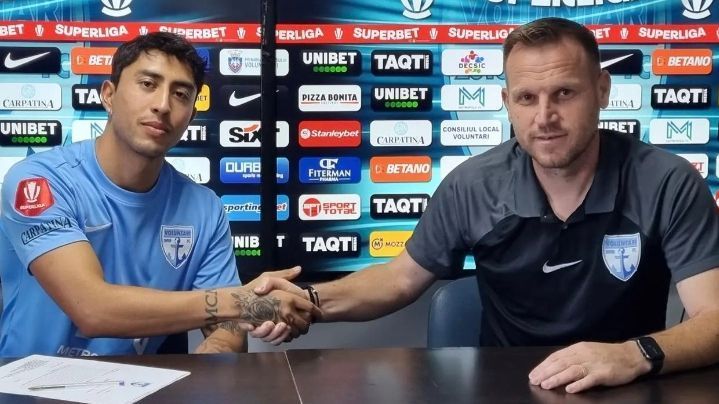 Omar Govea, is a new player of FC Voluntari from Romania

The Mexican soccer player Omar Goveawas officially presented as a new player of the FC Voluntary of the Romanian First Division. The Aztec midfielder arrives at Romanian football after five years in the Jupiler Pro League from Belgium.

Through their social networks, FC Voluntary He shared with his fans the arrival of the native of San Luis Potosí and highlighted his past in Belgium. The 26-year-old midfielder signed for two seasons and will wear number 16.

omar He was trained in the youth categories of San Luis, but he was also in the Basic Forces of the America, however, never managed to debut in the azulcrema first team. Between 2014 and 2015, Govea played with them Zacatecas miners and was later bought by Porto.

In the lusitanian squad, Govea He had minutes with the youth team and in 2017 he was loaned to Mouscron, his first team in Belgium. In the Jupiler Pro League, Omar had the opportunity to play with him Mouscron, Royal Antwerp and Zulte Waregem. In total, the midfielder played 88 games in the Belgian First Division, scoring 8 goals and 13 assists.

The natural position of Govea It is the pivot and the Mexican will have a lot of competition to take over the starting position in Romania. Omar will fight against Ulrich Meleke, Lukas Droppa and Nicolas Popescu to be the coach’s first choice, Liviu Ciobotariu.

FC Voluntary It occupies the eleventh position in the Super League Classification with a record of three wins, three draws and five losses. The last friday, volunteer defeated FC U Craiova 1-0 and the next match will be against Universitatea Craiova, a match scheduled for October 1 and in this match Omar Govea could have his first minutes in the Romanian Championship.

Previous The exclusive Xiaomi phones that will be updated to MIUI 13.1
Next Man gives money to grandfather who goes out to the streets to sell