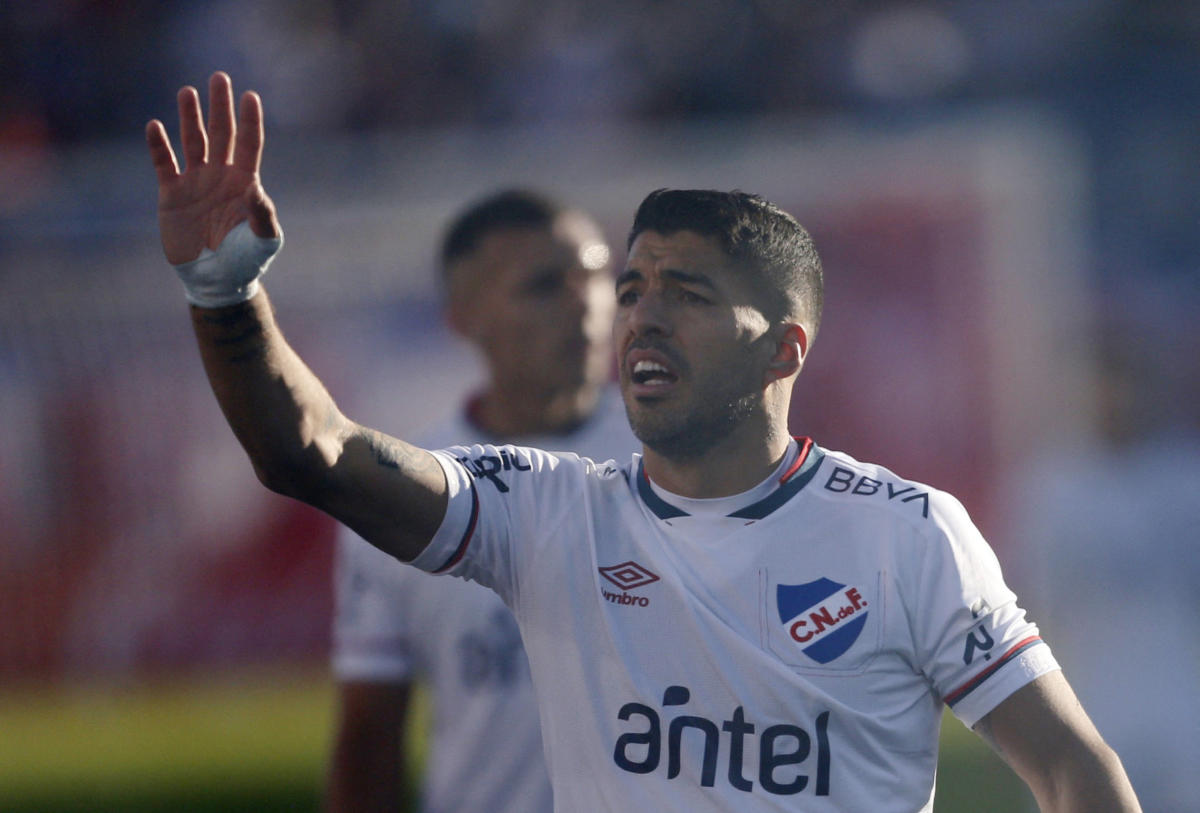 Luis Suárez will leave Nacional de Uruguay at the end of 2022, it only lasted six months

Striker Luis Suárez, who returned to Nacional in July after 17 years in Europe and quickly became one of the great figures of the local championshipwill leave the Uruguayan team when His contract expires at the end of the year.

This is what the president of the Tricolor team, José Fuentes, told the Efe Agency on Tuesday, who was blunt in answering that there is no possibility that the ‘Gunslinger’ extends his link.

“It is agreed with him that december 31 is leaving. When he came it was always clear that it is until December 31 and he leaves that day. Every time they ask me or him what we do is clarify it so as not to generate expectations“, said.

Fuentes also commented on the present of the attacker, who is currently working with the squad of the Uruguayan national team that this Friday he will play a friendly in Europe against Iran.

“Is growing. Every game he plays is better. I think he made a very good decision to come, because he’s had the games he wanted to have. He still has two left with the national team and about seven or eight in Uruguay. It will arrive well at the World Cup” in Qatar 2022emphasized the president of the National.

Finally, when asked by the possible hiring of another former soccer player With a past in the Nacional to join the squad in the January transfer period, Fuentes highlighted: “It’s still missing. Let’s finish this year, then we’ll see“.

Born in the Uruguayan city of Salto in 1987, Suárez made his official debut with the Nacional shirt in May 2005 and he said goodbye in July 2006 after playing 48 games, scoring 12 official goals and winning the Uruguayan Championship twice.

In July this year, after go through five European teamsthe scorer returned to the Tricolor with which until now played ten games and scored four goalsone of them in the victory in the Clásico against Peñarol by 3-1.

Currently, after nine rounds played, Nacional leads the Closing Tournament together with River Plate with 22 points each.

In addition, the group directed by Pablo Repetto also is first in the accumulated Annual Tablein which he leads his closest rival by eleven points when there are 18 to play.

In this way, the fans are seeing the Tricolor in one of its best moments of the season and are enjoying the game of his idolthe one that came after a movement that began on social networks with the label #SuarezANational.

“I’m here for you. Nowhere else would I be so happy. I came here because I want to win,” the scorer told the fans during his presentation at the Gran Parque Central stadium.

And although he Nacional received a heavy blow in the Copa Sudamericana after being eliminated by the Brazilian Atlético Goianiense, in the local tournament accumulates 8 games undefeated.

A) Yes, Suárez is in a privileged position to conquer his third Uruguayan Championship, while also beginning to look at Qatar.

Over there the ‘Gunman’ will play his fourth consecutive World Cupin which he will seek to write, along with a generation marked by remembered victories, a new page in the history of Celeste.

International since 2007, Suárez played 132 games for his country’s national team, became the historical scorer with 68 goalscelebrated fourth place in the 2010 World Cup in South Africa and a year later he won the Copa América in Argentina.