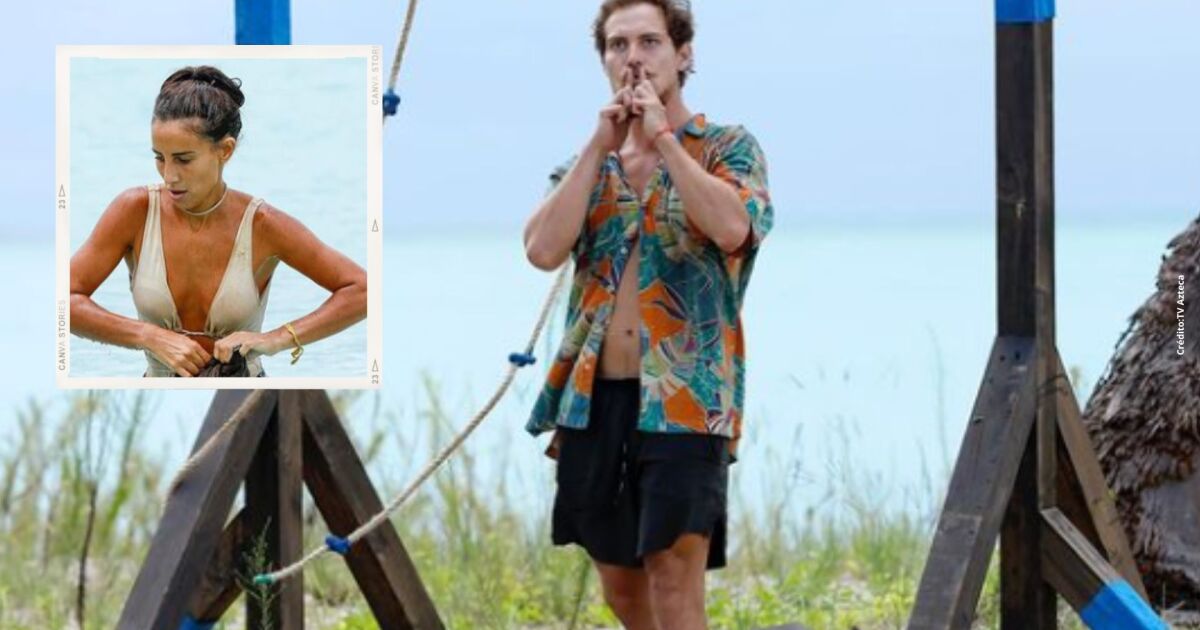 Cuchao tells Cyntia that they are going to betray

During the third season of Survivor Mexicowe have seen the formation of great alliances, but the moment of the most painful betrayals has arrived, because everyone wants a place in the reality show’s grand finale.

Last alliances to reach the final stage of Survivor Mexico.

Survivor Mexico: Nahomi feels confident that she can win the final.

But, a new alliance has also been formed between Cyntia and Cuchaowho have begun to plan the next few days.

I don’t know how it will be now, but David told me that you went to tell him like the four of us, Julián, you, David and me. The truth is that I would have liked us to join before, just yesterday we said if we had not joined before we would have gone for someone else

Cuchao revealed that he is going to betray Nahomi at Survivor Mexico.

Cuchaowho has been one of the most controversial participants, has advanced that he is going to betray Nahomi in order to reach the final Survivor Mexico.

People already know how she made her way to reach that end called the end, I think I’m disappointed, I felt used, but in the end I feel untouchable because my actions of having won that symbol make me fear her, I don’t owe her nothing to anyone, the strategies that I have made are for me, they are to save many people, yes

Survivor Mexico: Cathe talked about her romance with Yusef.

But, the main purpose is me, I come alone. If we get smart about voting, purge the situation a little bit, and create an atmosphere of real friendship, and if we want to care about what people say, we’re real friends.

Previous They issue an alert for alleged intermediaries of the Sedena in public works
Next They tortured bear to death, now police officers are linked to the process