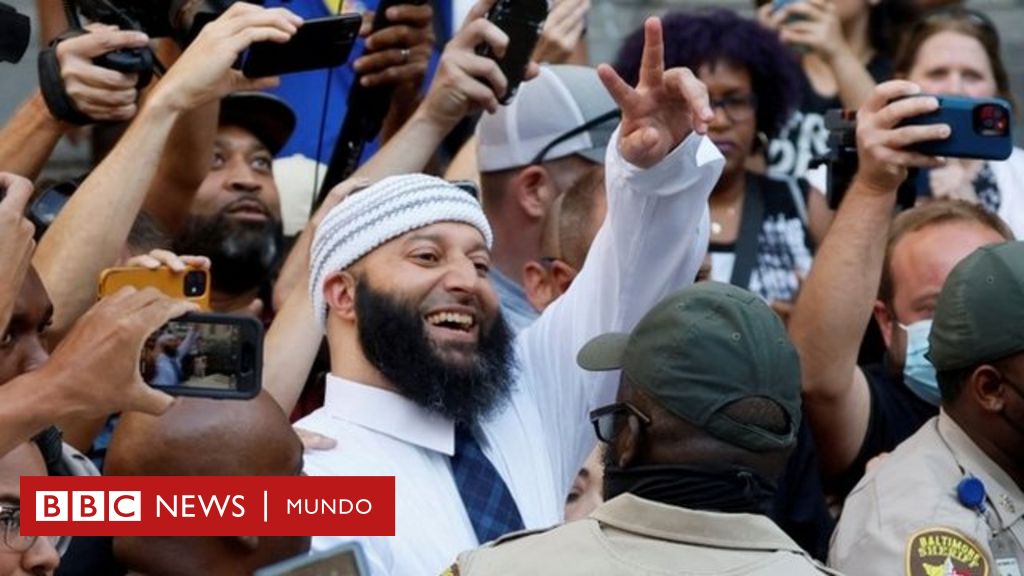 Adnan Syed: the conviction of the accused of murdering his ex-girlfriend 22 years ago is annulled in a case known throughout the world by the podcast “Serial”

A Baltimore judge on Monday overturned Adnan Syed’s murder conviction in a case that gained worldwide popularity in 2014 thanks to the hit podcast “Serial.”

Syed was 19 years old when he was sentenced to life imprisonment for the death of his ex-girlfriend, Hae Min Lee, whose body was found buried in a forest in 1999.

The man, now 41, had his shackles removed in the courtroom after Baltimore Judge Melissa Phinn overturned his sentence, from which he had already has turned 22 years old.

Monday’s decision does not mean that Syed is innocent. Judge Phinn ordered a new trial.

In 1999, prosecutors argued that Syed strangled Lee, his ex-girlfriend and classmate at Woodlawn High School, and, with the help of a friend, hid her body in Baltimore’s Leakin Park.

Despite denying any involvement in her death, all of Syed’s appeals over the past two decades have been denied.

It was the 2014 “Serial” podcast that gave the case worldwide attention and cast doubt on Syed’s guilt.

The show’s episodes were downloaded more than 340 million times. The case spawned other products as well, including an HBO documentary series in 2019.

The Baltimore State Attorney’s Office, which studied the case last year along with Syed’s last defense attorney, said Wednesday that it lacked “confidence in the integrity of the conviction.”

Prosecutors identified two new potential suspects. Neither has yet been named and police have known of their existence since the murder in 1999.

One of the two had previously threatened the victim with “disappearing” or killing her. Lee’s car was also found behind the home of one of the suspects, information that was not discovered until 2022, according to authorities.

“After a nearly year-long investigation reviewing the facts of this case, Syed deserves a new trial where he is properly represented and the latest evidence can be presented,” lead prosecutor Marilyn Mosby said in a statement last week. .

Judge Phinn said Monday that she was vacating Syed’s conviction “in the interests of justice.”

Before his ruling, the victim’s brother told the court through tears that he “was not against the investigation” but had been caught off guard by prosecutors.

“Every day when I think it’s over… or it’s over, it always comes back. It’s killing me,” Young Lee said.

“It’s hard for me to process, especially for my mom.”

Previous ▷ Benefits of Meditation » Key Contributions to Well-Being
Next He shone with Geraldine Bazán, but his love lasted less than a dream