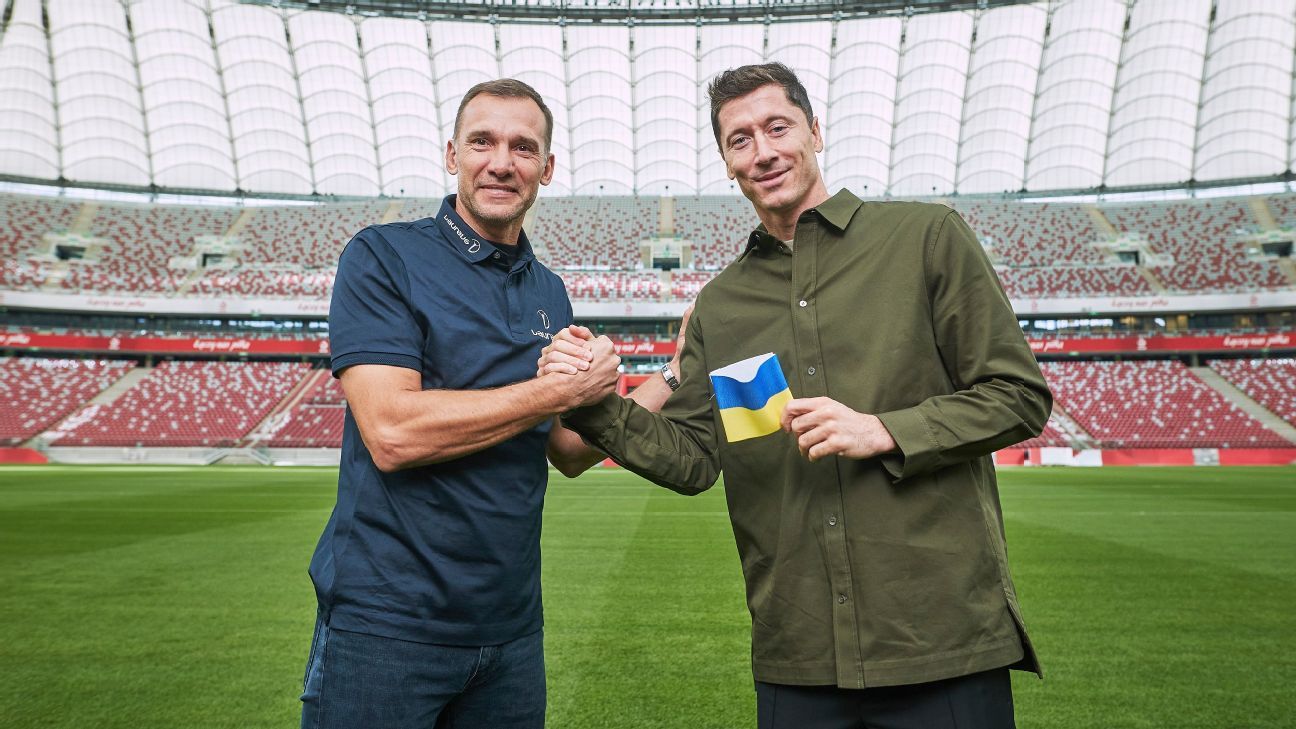 Lewandowski said that as athletes they must “use the power of sport for good” and that he will wear “Andriy’s bracelet as a reminder that the Ukrainian people are not alone and not forgotten.”

The Polish Robert Lewandowskistriker of Barcelonawill wear the colors of Ukraine in the captain’s armband of the national team Poland in the next World Cup in Qatar 2022.

The attacker of the Spanish team met at the national stadium in Warsaw with the legendary former Ukrainian player Andriy Shevchenkowho is currently an ambassador for Laureus, who gave him a yellow and blue captain’s armband to wear in the universal tournament.

“I will wear the colors of Ukraine to the world. As a player and as a man, I support peace and I think these symbolic gestures are important,” he said. Lewandowskiwho as soon as the invasion of Russia a Ukraine He was one of those who pressed the most for the meeting between his team and the Russian team to be postponed.

The Polish striker already wore an armband with the Ukrainian colors when he took the field as captain of the Bayern Munichhis former team.

“For me, the captain’s armband is a symbol of leadership, strength and passion for your country. I want to pass this armband to Robert to thank you for your support, your voice and your platform to support my country and ask for peace,” he said. Shevchenko.

Lewandowski pointed out that as athletes they must “use the power of sport for good” and that they will wear “the bracelet of Andriy as a reminder that the Ukrainian people are not alone and not forgotten.” “It means a lot to me to be here with Andriy, a footballer and a man who has used his voice and platform to influence positive change.”

Previous Who is the owner of Palacio de Hierro in Mexico?
Next Before voting reform to the Armed Forces, PAN senator accepts position with Morena