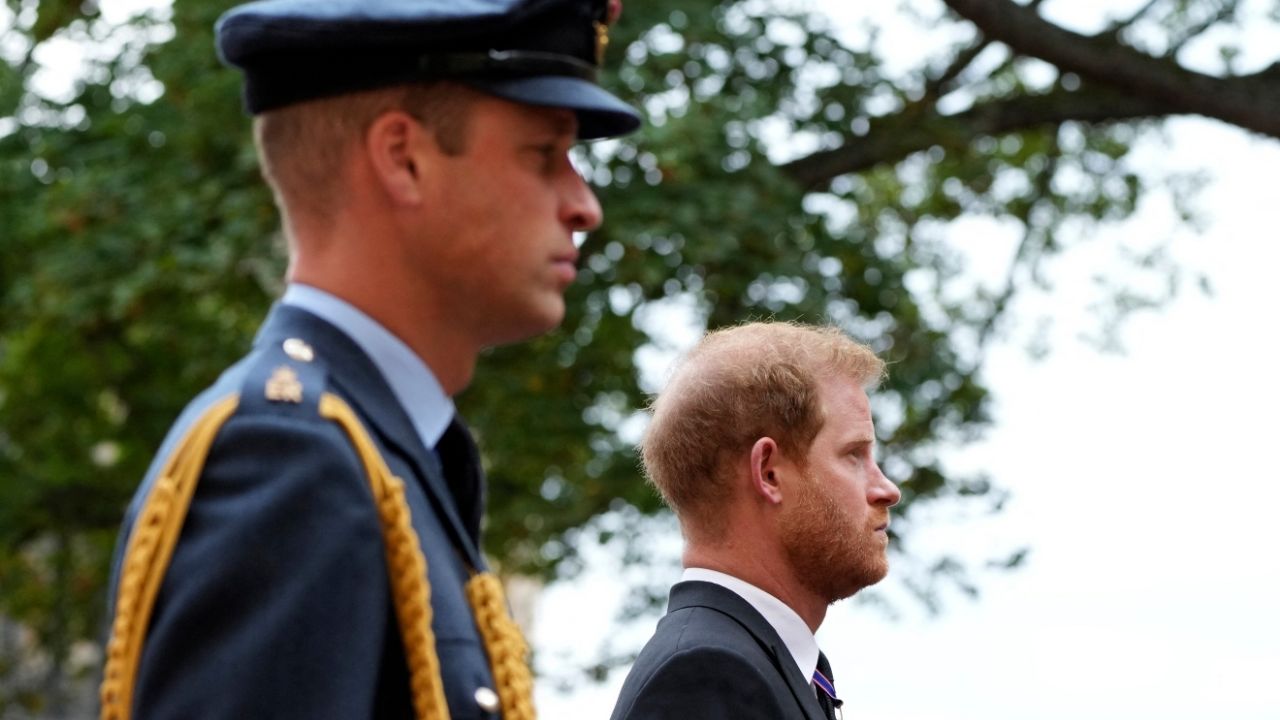 It seems that the prince william wants to fix things with prince harry, Well, an expert in lip reading recently revealed what the heir to the British throne said to his younger brother at Queen Elizabeth’s funeral, exposing the good intentions that the Prince of Wales with Henry of Sussex.

According to the ‘Daily Mail’, a lip reading expert revealed what what the princes said as they prepared to take their seats before the religious service for the burial of the queen, in the church of Saint George.

Read too. The secret language that Meghan and Harry use to communicate without being seen

What did Prince William and Prince Harry say to each other at Queen Elizabeth’s funeral?

Jacqui Press, the expert lip reader, explains that she saw the Prince Harry and Prince William chatting in the afternoon as they prepare for church service at St George’s Chapelin Windsor, and managed to read what both said at that time.

The heir to the throne had a noble gesture with his brother and let Prince Harry and his wife Meghan Markle take a seat first before him and his family; as they stepped aside for the Duke and Duchess of Sussex to pass comfortably.

Read too. The snub of the royal family to Meghan and Harry at the funeral of Queen Elizabeth II

The prince william He was standing in the doorway when Prince Harry asked, “Should we go in first?” To which William nodded yes, before telling his wife, the Princess of Wales, “Let them through first.”

Kate only said “OK” as Harry and Meghan walked past her, and then Prince George and Princess Charlotte sat down.

Later, during church service, Harry shared a sweet moment with his niece Charlotte as he smiled briefly at her to reassure her. What has shown that his affection for his nephews has not changed at all despite the fight with his brother.

It is worth mentioning that during in Westminster Abbey, Megan also lived with Princess of Wales and her children while waiting to take her seat next to her husband, in the second row, of the church, which was widely considered a public snub. Although according to the royal protocols, the dukes of sussex they held the proper position as they are not working members of the royal family

so maybe William He has wanted to smooth the situation with his brother and wife, letting them go first at the funeral of Queen Elizabeth II. However, royal experts believe that there is still much to heal in their relationship.

Read too. Prince George and Princess Charlotte walk alongside Kate and William at Queen Elizabeth’s funeral

Previous An earthquake of magnitude 5.4 is recorded south of Coalcoman, in Michoacán
Next Tacos at 900 pesos; Yulay tests a restaurant in CDMX