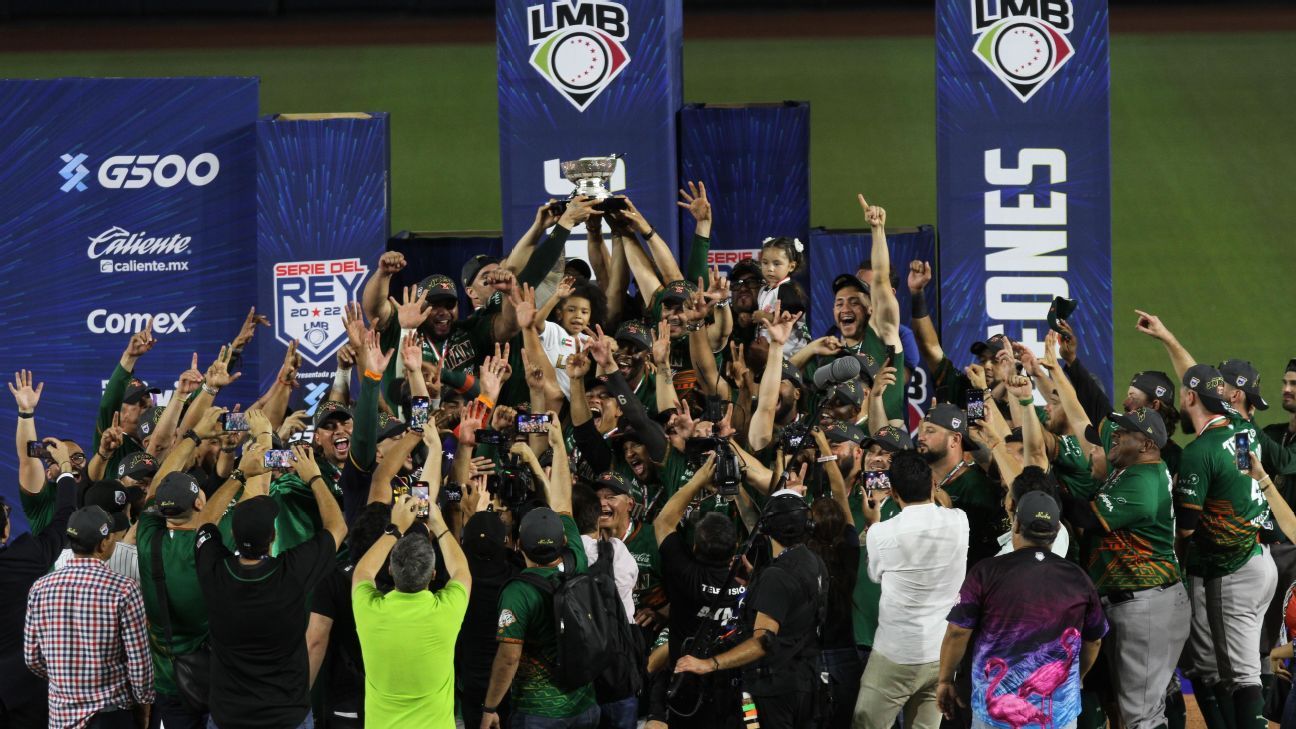 The Leones de Yucatán ended up winning the King’s Series against the Sultanes de Monterrey, to achieve their fifth title in the LMB

MEXICO — The Venezuelans José Martínez, and Henderson Álvarez, as a pitcher, shone this Monday to give the Yucatan Lions a 6-1 win over the Sultans of Monterey and win the title Mexican Baseball League.

In Monterrey, home of the sultansthe ‘Cafecito’ Martinez He went 4-for-5, with a home run and five RBI, raising his hand as the main support for his compatriot Álvarez, with a masterful performance from the mound.

Martinez had RBI singles, following hits by Norberto Obeso, in the first and fifth innings to put the visitors ahead 2-0.

In the seventh episode, Obeso and the American Art Charles received tickets from the Dominican reliever Wander Suero, who had a high ball against Martínez, who drove in three runs with a home run.

Yucatan He put the finishing touch in the ninth act with a home run by Walter Ibarra against Dominican reliever Neftali Feliz.

The lions they arrived at Monterey with the series down 2-3; this Sunday they won 6-2 to tie the final and this Monday they prevailed to win their fifth title.

Monterey he shook off the shutout in the ninth. With more than 100 pitches, Álvarez received a home run from Dominican Zoilo Almonte and took the starter off the mound, relieved by his compatriot Jorge Rondón, who completed the victory.

Álvarez, with one run and seven hits allowed in eight innings, scored his second win in the final. The loss went to his compatriot Yohander Méndez, who allowed five hits and two runs in 4 2/3 innings. It wasn’t a bad performance, but his teammates didn’t hit.

For the lions the best batsman was the ‘Cafecito’ Martinez and for the sultans the Dominican Orlando Calixte, who tied 4-3.

️THE LIONS ARE THE CHAMPIONS! 🦁🥳🏆🎆

Previous WWE Raw: Full card revealed September 19, 2022
Next Macroseismic intensity map: this is how the 7.7 tremor felt in the country